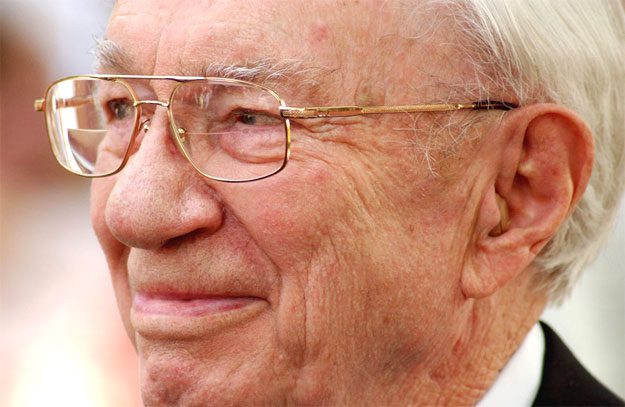 A Leader Worth Emulating: Remembering Gordon B. Hinckley

Editor’s Note: Today marks eight years since President Gordon B. Hinckley passed away. We wanted to remember him with this reflection on his life and leadership. (Photograph of President Hinckley by Scot Facer Proctor)

After watching General Conference I couldn’t help but ponder that professionally I’ve watched, up close and personal, many leaders perform. I’ve been with giants of industry, and leaders of nations as they’ve addressed those they lead. I’ve sat with Saudi sheiks and princes; Supreme Soviets; councils of ministers, city councils and a gathering of the USSR’s top 50 business leaders. When President Reagan drove home his point about the national economic recovery, I was five feet away. When George W. Bush first ran for president he came to Provo and I got to ask him the first two questions of the press conference.

The men and women leading the LDS church today continue to impress as well. As the years go by their deeds will be noted. But in thinking about their future I simultaneously think it worthwhile to reflect upon one from the past who ranks among the great leaders; who set an example for today’s leaders to follow.

On March 16, 2002 I sat at a banquet table and listened as the President’s Club of BYU-Idaho was favored to hear from Gordon B. Hinckley, the head of the board of trustees for that school and the president of the Church of Jesus Christ of Latter-day Saints.

I’ve never heard a man or a woman so totally in command of his topic and so totally confident in what he was saying. Yet, he wasn’t bombastic or dictatorial in his content or his demeanor.

He was not a tall man, yet he seemed to tower over the room. His enthusiasm and vigor as a speaker belied his age; the man was nearly 92 years old, yet he strode to the podium and stood erect and spoke for between fifteen and twenty minutes to a captivated audience. They might have been captivated just because of his title, but it was his unflinching dynamics that cemented the relationship with the audience.

He spoke without notes and constantly showed what a good leader is all about; he never bragged of himself nor pointed to his accomplishments. At one point he leaned across the podium and said in a lower voice, “I want to let you in on a secret…” He told of one night a few years ago that he was “pondering the situation of Ricks College. It struck me that it will never be a great school so long as it is a ‘college.’” He went on to say that he discussed this with his counselors and then the council of the twelve apostles of the Church. Together they decided. Then he pointed out how he discussed the matter with the president of Ricks College and how they arrived at the course they needed to take.

It was never “I” but always “we.” Ever a consensus builder. A great lesson in leadership for everyone.

In other speeches I’ve seen him deliver in person, I’ve watched the man keep an even tone with an occasionally increased tone for emphasis. Never the jingoism of a Jesse Jackson or the grand eloquence of a Jerry Falwell. But on this evening, for the first time, I heard him raise his voice and nearly shout. Not for a second, but for quite a time. He wasn’t excoriating people, but praising them for their diligence and faith. He pointed out that the Church builds more than 400 buildings a year in more than 160 countries and funds a huge worldwide seminary and institute program. In poignant tones he pointed out that the Church he leads is led financially by the faith of the contributors who pay a full tithing and then some.

He grew very quiet as he said, “It is a great and worrisome thing to manage tithing funds.” Again, a great mark of leadership seldom seen – humility and the distinct feeling that he saw himself less as a leader and more as a servant and steward to the God he professed and the 11-12 million people who saw him as a great leader.

As mentioned, his voice rose in volume as he said, “Never has there been a greater season upon the face of the earth. The growth of the Church is at an unimaginable scale. These are exciting times. We couldn’t retreat if we wanted to do so.”

He then quoted from Shakespeare’s Julius Caesar when Brutus said, “There is a tide in the affairs of men, which, taken at the flood, leads on to fortune; Omitted, all the voyage of their life is bound in shallows and in miseries.   On such a full sea are we now afloat;   And we must take the current when it serves, Or lose our ventures.”

He went on to praise the Olympics and said, with a ringing voice, “The people of the world came to Salt Lake City with suspicion and left with appreciation and gratitude.”

In the world of leaders I’ve seen, leaders like President Hinckley are rare indeed. He was a dynamic leader filled with appreciation and trust in the people he served. Love or hate his philosophies and one still can’t deny a fact – he was a leader worth emulating.

Thank you for this beautiful tribute to President Hinckley. He is an example to me of strength, optimism, and true leadership. It was wonderful to think back on the many experiences I've had over the years being inspired and motivated by his words.

Inspiring words. A reminder that greatness, true greatness, is rooted in humility, integrity, and pure love. Many years ago when President Hinckley was carrying a heavy burden as the only healthy member of the first presidency, I wrote him a letter of appreciation. I didn't ask for an answer nor expect one, but he mailed back a short personal note of thanks. I know it wasn't just a formal letter with printed signature because one word was a typo misspelling. It was as though he wanted me to know he was really appreciative of what I wrote. 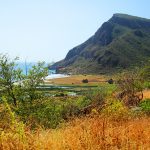