A Knock-out of a Conversion Story | Meridian Magazine 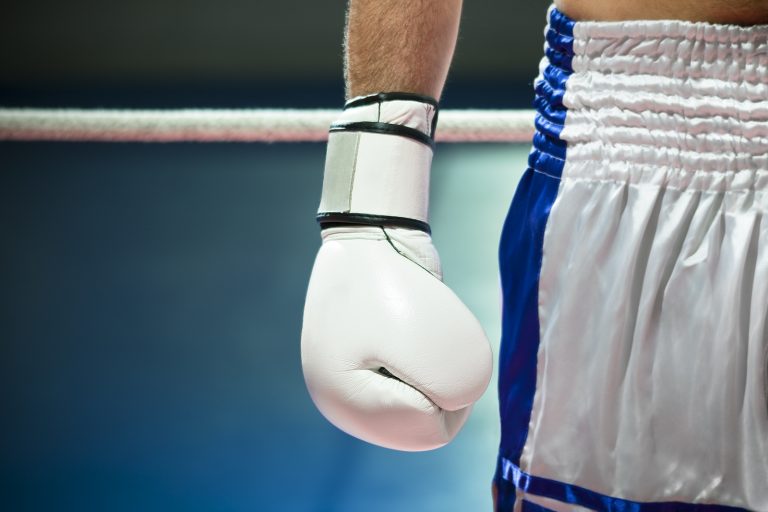 A Knock-out of a Conversion Story

If you ask Brandon Reed of Las Vegas how he came to join the church, get ready for an amazing story.

His grandfather had been a boxing champion while in the Navy during World War II, and Brandon and his big brother, Shane, were told many stories about this family hero. They still have their grandpa’s boxing gloves.

Shane was Student body President, and a huge boxing fan. “His half of the room was covered with martial arts and boxing posters,” Brandon recalled. Shane was especially a fan of the WBC featherweight champion of the world, Danny “Little Red” Lopez. Lopez was the underdog fighter, scrappy and determined. Both boys liked his passion and style.

“My half of the room was more about rock stars,” Brandon says, recalling the years when the family lived in Wyoming. “The only LDS people we knew were Jack Mormons and we’d always get in fights with them.” Needless to say, they did not have warm feelings toward members of The Church of Jesus Christ of Latter-day Saints.

Eventually the family moved to Oregon and were surrounded by active Latter-day Saints who became their friends. Brandon’s parents were especially impressed with the lifestyle of food storage, healthy eating, and the Word of Wisdom, but they had never agreed to take the missionary discussions.

Then one day Brandon’s father was in the dentist’s chair, and the dentist’s wife and assistant (and Stake Relief Society President) asked him if he’d agree to meet with the missionaries.

“Later we teased him that he only said yes because of the nitrous oxide,” Brandon jokes, but that wasn’t it. His dad was simply ready. However, when he came home and announced to his family at dinnertime that the elders would be coming over to teach, “We all dropped our forks.”

Shane said, “Over my dead body,” and left the table. Brandon, a freshman who idolized his big brother, followed suit.  Then their mom said, “Well, that went over well, didn’t it?”

In Oregon they lived in a ranching community, and Shane and Brandon decided that the minute the elders arrived, they’d rev up their motorcycles, take off, and ride up the mountain. And that’s just what they did. Later, after coming home, their mother simply said it had been interesting and thought they would have enjoyed it.

“I think if she’d been really forceful it would have backfired,” Brandon said. “But she just left it as an open invitation.”

The same thing happened two more times. The second the missionaries arrived, Shane and Brandon zoomed off. The third time the elders leapt from the car while it was still moving, trying to catch these brothers.

“Hey, which one of you is Shane?” one asked.

“We were chewing gum and trying to act like Danny in Grease,” Brandon laughs. Finally, his brother nodded.

“I hear you’re into boxing,” the elder said. “That’s awesome because my brother is Danny Lopez.”

Brandon says he felt he was watching a defection before his eyes. Shane chose to stay and listen, but Brandon was furious and left on his motorcycle. He drove up the mountain and could see his house from above. “They’re going to wreck my family,” he muttered. He watched until the elders’ car was gone before coming home, and when Shane tried to reason with him, Brandon said, “You shut your Benedict Arnold mouth,” and didn’t talk to him for a whole week.

Twice more Brandon headed for the hills when the missionaries arrived. One night he saw their car was gone and came home, only to find them giving a discussion. His dad had figured out that Brandon was watching the driveway, so he had moved the car.

It happened that evening they were talking about the Plan of Salvation and Brandon’s heart began to pound. Even as a young boy this had been something he’d wondered about—what would happen if his parents died? Would they be able to be together again in heaven?  This lesson was the perfect beginning for him.

The family went on to join the church and received widespread support from all their friends, even the rock band friends and the rebels at school. Shane went on a mission, then Brandon went on a mission. Both attended BYU.

Then one day Brandon was on campus, studying in the library. A guy walked past and Brandon felt as if he’d seen him before. It happened again the next day, and Brandon decided to get up and follow him. When he asked, “Where do I know you from?” the fellow said, “My name is Larry Moon.”  This was the missionary who was the brother of Danny Lopez. He’d had to transfer out before the baptisms, but remembered teaching the family and was thrilled to hear they were all still active.

As a postscript to this story, Brandon went on to marry a woman whose brother, it turned out, also served with Larry Moon at the same time Brandon was baptized. It’s easy to see the hand of the Lord in Brandon Reed’s life. Sometimes we forget how intimately our Savior knows us, and the intricate plans He arranges to help us on our journey. This story is a good reminder.

Hilton is an award-winning playwright and the author of many best-selling LDS books. Those, her humor blog, and YouTube Mom videos can be found on her website.

Thank you for this sweet story. I too have had experiences where I couldn't deny the Lord's hand in my life. It's good to remember and reflect on those experiences. It strengthens my faith