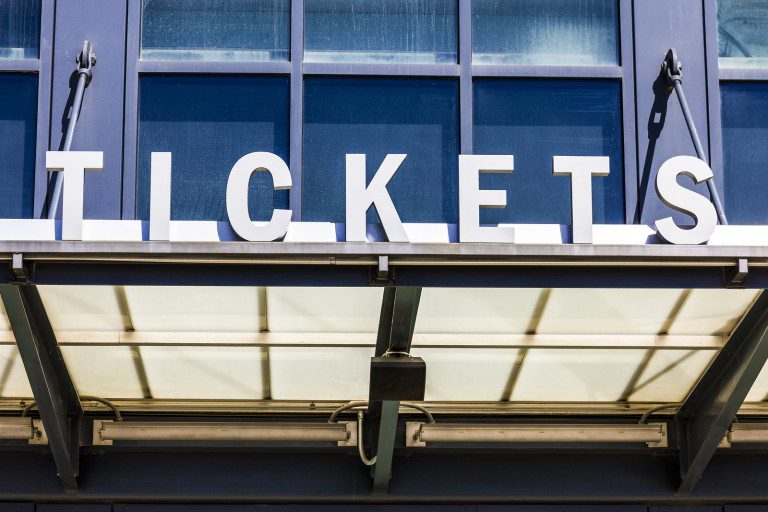 After a long day of work, Jay sat down to read the paper. The big headline was the news of Apollo 8. NASA had finally been able to have astronauts travel from the earth to the moon. Jay was sure it wouldn’t be long before someone walked on the moon.

He was just getting into the news when his little daughter tugged on his sleeve.

Jay looked up from his paper into the pleading face of his little daughter. “Sweetheart, I’d love for us to go. But there are a lot more of us now, and I’m not sure we can afford it.”

Jay and his wife had always scraped money together to take their three daughters to a movie about once per month. But after his wife was gone, it was hard to keep everything in their lives together, let alone go to the movies. It had been a hard couple of years.

But then Jay met Helen, and they fell in love. Helen had six girls of her own, and when Jay considered the price of eleven tickets, it seemed almost impossible for them to afford that much. Movie tickets for those over twelve were three dollars, and tickets for those under twelve were two-fifty. He, his first wife, and their three girls cost almost fourteen dollars. With eleven people it would be around thirty dollars. But as Jay looked into his little daughter’s pleading face and thought about the tough years they had been through, he decided they all could use a trip to the movies.

“But there won’t be any money left over for popcorn,” he told her.

They all loaded into the station wagon. That was the only vehicle they could afford that would haul eleven people. Some sat in the back without seats, and others had to sit on the older children’s laps. This lack of good transportation had also meant that what family vacations they could afford had to be closer to home. No one wanted to travel very far with someone sitting on their lap.

When they arrived at the theater, the girls paired up. Helen was a good organizer. Each of the older girls was assigned to a younger one. That way the smaller children had someone to watch out for them to keep them from getting lost. Helen took care of the youngest daughter herself.

As Jay and Helen, along with their nine daughters, walked the block to the theater, people stared. As they got closer to the theater, Jay laughed to himself when he saw the poster for what was showing. It was “Cheaper by the Dozen.” Maybe that was why they had received so many stares.

The children all stood patiently while Jay went to the window to pay.

“We have six over twelve and five under twelve,” he told the lady.

The lady calculated and then said, “That will be eleven dollars.”

Jay gasped. “Eleven dollars? I thought it would be three times that. I’m not complaining, but I don’t want to cheat you, either.”

Jay smiled. “Actually, we aren’t a girl scout troop. We’re a blended family, and these are our daughters.”

The lady pulled her glasses down to the end of her nose and looked down the line of nine girls. When she slid her glasses back into place, she smiled and spoke firmly. “It looks like a girl scout troop to me. That will be eleven dollars.”

Jay paid for the tickets and thanked the lady.

The show title was right, he thought, and they even had money left over for popcorn.

Thanks be for those whose cup runneth over with compassion.