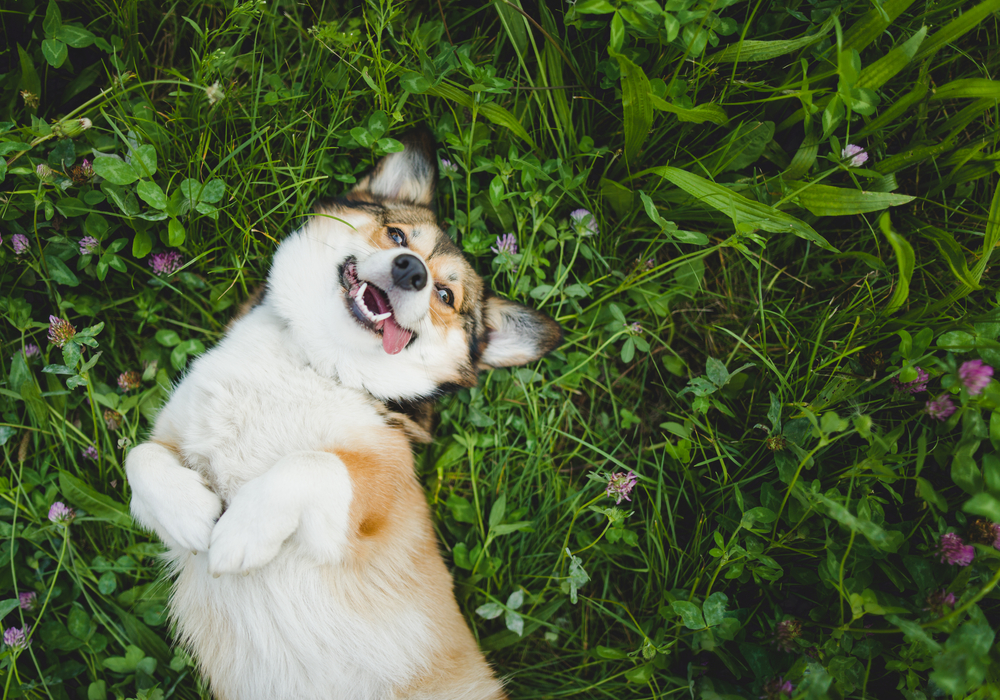 Buster was part of a litter of pups born at our house. We told the children they could have only one dog. They chose Buster, and we gave the other puppies and the mother away to good homes.

I’ve shared stories about Buster before. He wanted to join the family of a cat with new kittens, but the mother cat would have none of it and drove him away. But one wintry night, when the mother cat couldn’t keep her kittens warm, the kittens found their way to Buster and snuggled inside his deep furry coat. The mother cat then adopted Buster as part of her family. It was funny to see her licking him clean, along with all the kittens. When Buster didn’t like it and tried to pull away, the mother cat would slap him with her paw. He would then allow her to lick him, even though he was about five times her size.

I shared many other things, but one I haven’t was how much he loved our children. We have a big pond, and the children loved swimming in it. When the children walked out of the house in swimsuits, carrying towels, Buster beat them to the yard gate. He knew what that kind of dress meant, and he loved to go swimming.

He also loved balls. The children would take big blow-up beach balls out to the pond with them. They hit them back and forth, often playing keep-away from the child in the center. But often, Buster became the child in the center. The water was only about three feet deep, and the children could stand and hit the ball back and forth. But Buster couldn’t stand and have his head above water. He had to swim constantly, and swim he did.

He could swim for hours, back and forth, trying to get the ball. I thought he would grow weary, and sometimes he showed some fatigue, but whenever we decided it was time to get out of the pond, he slowly moped his way back to the yard.

The children worked hard at keep-away from Buster because his only way of catching the ball was with his teeth. We lost about one ball to teeth puncture holes every time we went swimming. But they were cheap, dollar-store balls, so we bought plenty of them.

There was one other thing that Buster got excited about. In our front yard, we often played what the kids called “Daddy Kickball.” It was me against all of them. I would pitch, they would kick the ball, and I would use the ball to get them out. These were also lighter balls, so when I threw them at the children to get them out, they didn’t hurt. They also didn’t go too far, no matter how hard the children kicked them. We could play that game for hours.

Often the children would run all over the yard, trying to avoid getting out, missing the bases altogether. Sometimes, I would get them out because they would eventually collapse into a fit of laughter on the lawn. Even when I got them out, they got to continue around the bases until they got to home plate.

As we played, Buster would run back and forth along the fence that divided the front yard from the back. My children would often ask, “Daddy, can’t we let him out?” But I was afraid he would get his teeth in the ball and end the game.

But one day, I gave into their pleadings. Buster was excited to join us. For some reason, the ball didn’t become the focus of his attention. Instead, he seemed to think he was supposed to race the children around the bases. Often, this meant he got in the road, and they, or I, tripped over him. It didn’t matter to him. He was immediately back up and chasing them to the next base.

But as Buster got older, there was one thing he liked even more than racing the children. Two of our bases were trees growing in the yard, but we had to drag something over for third base. One night, as we were trying to find something for third base, one of the older children called Buster over. She had him lie down at third, and she rubbed his belly. He soon realized that if he stayed there, every time the children came to third, he got a belly rub. From then on, when we played kickball, Buster would bark until we let him out. Then he would go over and lie down at third base, ready for his round of belly rubs.

Buster is gone now, and I miss him. He was the best third base we ever had.

something i have noticed mainly because i watch UTUBE...a lot...is animals getting along ...dogs and cats and other types of animals that we would never think of getting along do. i got to see this up close. maybe God is preparing us all for the Second Comming.

I love dog stories, even though I know how they are going to end. Thanks you!