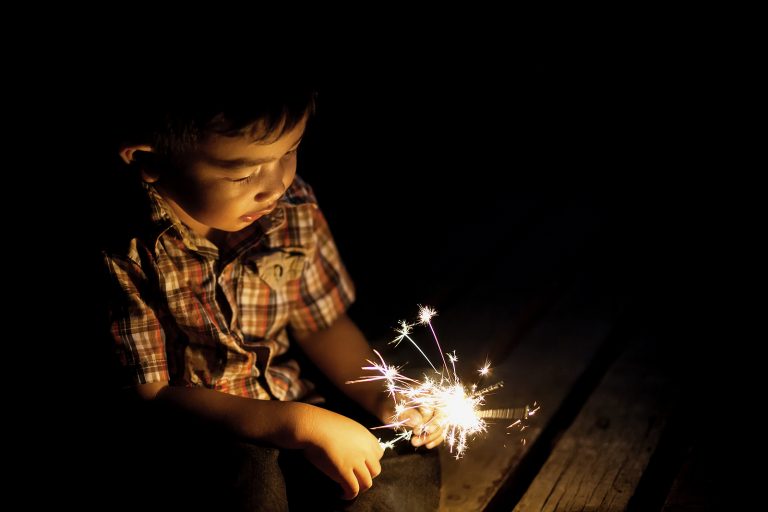 A Fourth of July Miracle

The following story is told with permission.

Kristi Scoubes held her infant daughter in her arms and wept. None of the doctors knew what to do. Kristi herself was a NICU nurse, and had no idea why little Rosie was slipping away.

For months they had pursued every possible treatment, but Rosie hadn’t responded and was now on hospice. Clearly in agony, she would cry until her throat closed and she began to turn blue. The Scoubes family was facing what no one ever wants to endure: The death of a child.

But in the midst of this heartbreak their 7-year-old son, Dallin, could only respond in his innocence, as children do. He wanted fireworks. He knew July 4th was coming and desperately wanted to have some fireworks to set off. Every day he would beg his parents for them, and Kristi’s heart would sink. “We had lost everything trying to save Rosie,” she said. “We were broke. We couldn’t even afford $20.00.  I would tell Dallin, ‘I’m sorry, but your sister is sick.’”

For two months straight, Dallin prayed daily for fireworks and Kristi had to listen to those prayers every night and know she couldn’t afford them. “We were living in Arizona at that time,” she recalls, “and many people would leave for a whole month during July, to avoid the heat. It’s hard to plan fireworks with neighbors, when so many people are gone.”

The morning of July 4th they went out early, before the heat, to take a walk. Two doors down was a ward member whose family was also outside. One of her children invited Dallin to come over for fireworks that night.

Dallin was thrilled. Kristi still remembers hearing his shrieks of delight that night, shouting, “This is amazing!”

Three days later, Rosie died. Later, as Kristi was thanking her neighbor for inviting Dallin to see the fireworks, the neighbor said, “It’s the craziest thing. I never buy fireworks. But every time I saw them I’d buy the biggest ones.”  She’d had no idea why.

“I had so much pride that I hadn’t told anyone we were completely broke,” Kristi says. “And Heavenly Father knew I wasn’t going to ask for help, so he prompted her. God hears our prayers.”

This neighbor wasn’t the only one who had felt impressed to help the Scoubes family. “All I had to do was think of something, and it would happen,” she says. One night she suddenly smelled fresh baked bread and thought how wonderful fresh bread would be. The next morning a stack of bread loaves was on her porch. Another time she wished she had some flowers and that afternoon someone brought her a big bouquet. Kristi feels God was giving her everything he could, knowing he had to bring little Rosie home.

After Rosie passed, Kristi noticed an intense level of joy in Rosie’s room. It was as if Rosie was letting her know how happy she was to be home again with her Father in Heaven. And though it wasn’t God’s will for Rosie to remain in mortality, God let the Scoubes family know he was watching over them through small acts of kindness that simply couldn’t be coincidences.

Our leaders have reminded us that God often answers prayers through his other children, and that we should act upon kindly impulses that may not make sense to us, but which could mean the world to someone else. Truly the Scoubes family was buoyed up and strengthened by the generous, faithful gestures of a caring community when they most needed it. May we all stay in tune, listen to the Holy Ghost, and act upon personal revelation.

True discipleship! recognizing and finding comfort in the hand of God in their lives midst the pain and heart ache that comes from losing a child. They did not allow that loss to totally consume them; they did not turn away from God and so were able to feel His love.