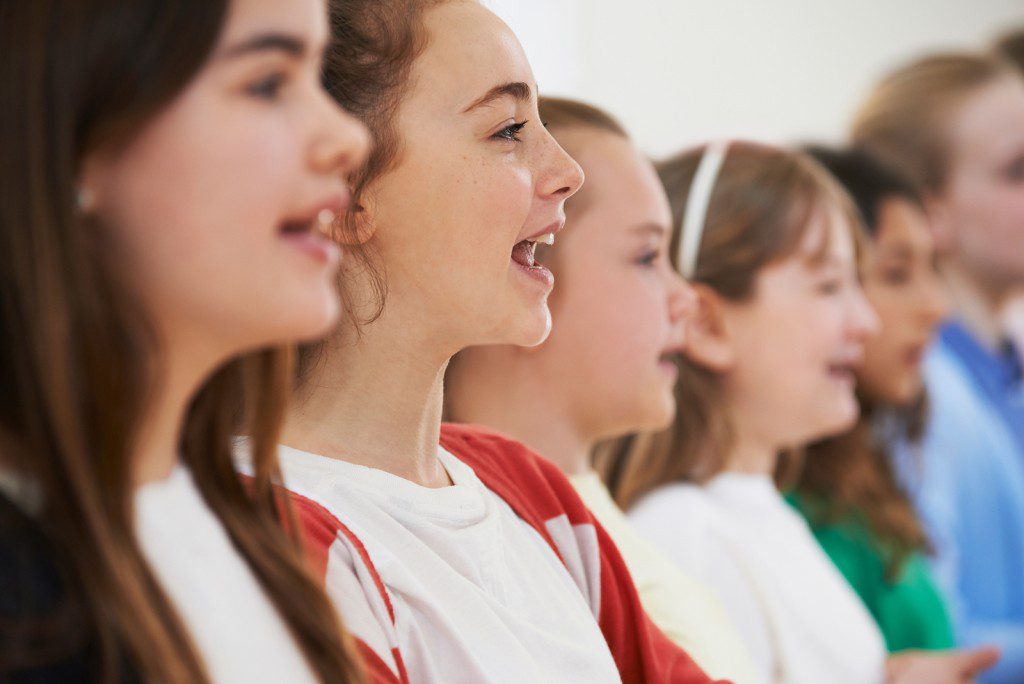 Bill Farley, a good friend of our family, has been a great support over the years. When I wrote my first musical, Bill cheered us on and encouraged us. His daughter, Jennifer, played in the orchestra. Another daughter, Jaime, was one of my daughter’s best friends.

Bill was always good for an uplift and a smile. He turned forty about the same time I did, and then our wives did a couple of years later. One time, when we got together, he was teasing his wife about this new decade of her life.

Bill enjoyed his job at the local high school teaching both band and choir, and the young people loved him. His sense of humor and relaxed style helped the students feel calm and enjoy the music, even when performing concerts.

Bill laughed as he talked about his choir concerts and his love for the students. “Whenever I have a concert, we always end with the Hallelujah Chorus.”

Both my wife, Donna, and I were amazed at that. “That has got to be quite an undertaking with a high school choir,” I said

Bill just grinned. “Maybe. But really it’s just a gimmick. That way my students and I are always guaranteed a standing ovation.”

I laughed because that was so typical of Bill.

But there was one thing I admired Bill for more than anything else. Some years ago, both Bill and his daughter Jaime were diagnosed with cancer at nearly the same time. We watched as the two of them fought it, supported each other through the chemo, and together faced the many other trials that go along with cancer. There were times when everyone thought they had it beat only to have it return. Through it all, both Bill and Jaime were positive. Their cheerfulness always lifted those around them. They seldom showed any discouragement, and they were never bitter or resentful at the part life had given them to play.

Then, a few weeks ago, Jaime passed away. The trials she had faced, as trials often do, had made an angel out of her. Everyone loved and missed her, but I don’t think anyone missed her more than Bill.

Bill’s cancer had been building again, and only a week or so after Jaime passed away, the prognosis for him was dismal. The doctor said Bill only had a few more weeks to live. As he grew weaker, his sweet wife worked to take care of him, and Bill set a goal to live past Christmas so as not to put a damper on that special day.

When we visited with him, Bill was cheerful and upbeat. He talked of the students he loved and the music program he had spent his life building. But mostly, he talked about what joy it would be to see Jaime again. Anyone going to visit him, feeling like they could cheer him up at this tough time of his life, found instead that it was they who came away the better.

Bill didn’t make it past Christmas. Instead, it was on that very day that he went to join Jaime. Perhaps it was fitting that the day the final song of his concerts was meant to celebrate was the day the concert of Bill’s life ended.

And for those of us who were privileged enough to know him, we are positive of one thing. We would give him a standing ovation for the life he has lived, and he wouldn’t even need to sing the Hallelujah Chorus to get it.

A very touching article, made me chuckle and also made me want to be better every day. I always enjoy your articles!

Beautiful story with a sad but beautiful ending !! I am happy for Bill and Jaime, but feel sorrow for those left with a hole in their hearts !! I am thankful for the Plan of Eternal Happiness ! Thanks for sharing this story !!