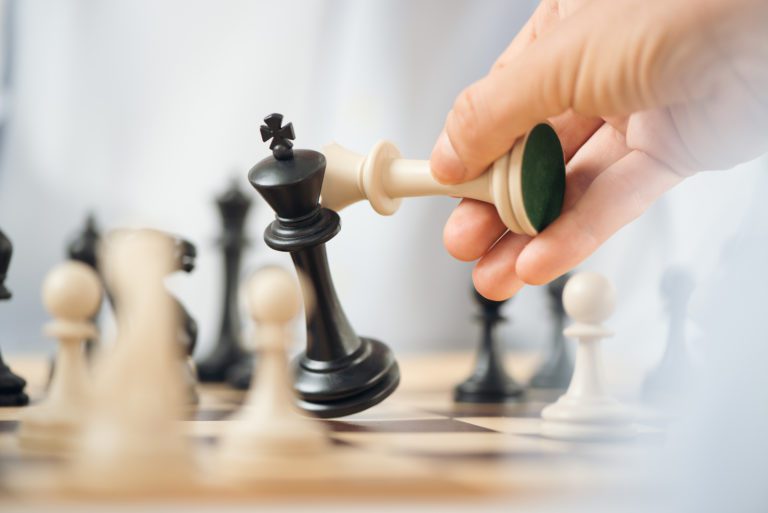 A Divine Pattern for Responding to Our Enemies

Teaching Doctrine and Covenants 71 and the history of Ezra Booth has caused me to think about opposition to the work.

George A. Smith, Father of George Albert Smith, wrote this of Ezra:

One of the first apostates that published against this work was Ezra Booth. He published nine letters in the Ohio Star, published at Ravenna, Portage country, in which he used all the arguments and made all the false statements he could; and it was generally believed by our enemies, at the time, that the apostasy and revelations of Ezra Booth would put an utter end to “Mormonism.” But the wheel rolled along unabated in its progress.

Ezra Booth had been a Methodist preacher; but on a visit to Joseph Smith, he had become convinced of the truth of the work of the Lord by witnessing a miracle. Mrs. Johnson, an aged lady had for several years been afflicted with rheumatism, and for more than a year had not been able to raise her arm at all. She was healed by the administration of the laying on of hands by the Prophet, and was enabled immediately to raise her hand to her head, comb her hair, or do anything she wished. This convinced him it was the power of God. He went to preaching the truth, but found, instead of living on the fat of the land, as he did among his Methodist brethren that he had to labour and toil for the good of Zion, trusting in God, and in the great day of accounts receive his reward; so he apostatized (Journal of Discourses, Vol.7, p.113, George Albert Smith, January 10, 1858).

Booth and others had stirred up considerable animosity with their claims and it is interesting to note how the Lord dealt with it.

“BEHOLD, thus saith the Lord unto you my servants Joseph Smith, Jun., and Sidney Rigdon, that the time has verily come that it is necessary and expedient in me that you should open your mouths in proclaiming my gospel, the things of the kingdom, expounding the mysteries thereof out of the scriptures, according to that portion of Spirit and power which shall be given unto you, even as I will. Verily I say unto you, proclaim unto the world in the regions round about, and in the church also, for the space of a season, even until it shall be made known unto you. Verily this is a mission for a season, which I give unto you. Wherefore, labor ye in my vineyard. Call upon the inhabitants of the earth, and bear record, and prepare the way for the commandments and revelations which are to come” (D&C 71:1-4).

This commandment to Joseph Smith and Sydney Rigdon constitutes a divine pattern for responding to our enemies. There are other things that sometimes need to be done, but as a general rule, we deal with detractors by preaching the gospel.

A few months ago word reached some of our missionaries in a remote South Pacific island that I would soon be visiting there for two or three days. When I arrived, the missionaries were waiting anxiously to share with me some anti‑Mormon literature that was being circulated in their area. They were disturbed by the accusations and were eager to plan retaliation.

The elders sat on the edge of their chairs as I read the slander and false declarations issued by a minister who apparently felt threatened by their presence and successes. As I read the pamphlet containing the malicious and ridiculous statements, I actually smiled, much to the surprise of my young associates. When I finished, they asked, “What do we do now? How can we best counteract such lies?”

I answered, “To the author of these words, we do nothing. We have no time for contention. We only have time to be about our Father’s business. Contend with no man. Conduct yourselves as gentlemen with calmness and conviction and I promise you success.” (Marvin J. Ashton, “No Time for Contention,” Ensign, May 1978, 7).

One of my favorite quotes on this matter comes from Charles Penrose, who said,

Now, we have no personal warfare against even our enemies. Those who slander and abuse, who try to irritate us to make us respond and retaliate, let them do that and fail. Let them go on with their evil works. Daniel saw in the vision of the last times, that ‘the wicked should do wickedly, and none of the wicked should understand;’ but the wise shall understand, he says, “and they that turn many unto righteousness shall shine like the stars and like the sun forever and ever. Let them go on, therefore, with their evil work. But let us do our work of light and truth and righteousness” (C.R., Oct. 1906).

If we immerse ourselves in the work of “light and truth and righteousness,” we cannot fail, for as the Lord promised Sidney Rigdon and Joseph Smith as they were about to begin the mission commanded them in D&C 71, “There is no weapon that is formed against you shall prosper” (vs. 9).

Troubles will still come. Life continues to be a test. About three and one half months after the conclusion of their mission. Joseph and Sidney were attacked by a mob in Hiram, Ohio, a mob organized by Ezra Booth, Simonds Ryder, and others.

Attention may be called, at this time, to the fact that on the 25th of March, 1832, the Prophet Joseph and Sidney Rigdon were violently assaulted by a mob consisting of apostates and individuals whose passions had been excited by false and libelous newspaper articles written by Ezra Booth. But there is no Revelation occasioned by that event. There is no denunciation of the brutes who thirsted for the blood of the servants of God. In the Revelation given immediately after that event, the Lord says, “Leave judgment alone with me, for it is mine, and I will repay” (See 82:23). Never was the Spirit of Christ manifested to a greater degree. The mobbing took place on a Saturday night, and the Prophet and his friends spent many hours attending to his injuries, but the next morning, he preached the gospel as usual, and among the audience were some of the mobbers, including Simonds Ryder (Smith and Sjodahl, Doctrine and Covenants Commentary, Sec. 81, p.487).

I love the following quote from President Packer, who was speaking about the determination of the Jews who continued to rebuild Jerusalem in spite of their enemies.

And that is what we should do-go about our work, strengthen the wards and the stakes, the quorums and the families and the individual members. We have a work to do. Why should it cease while we do battle with our enemies? Brethren, set a watch and make a prayer and go about the work of the Lord. Do not be drawn away to respond to enemies. In a word, ignore them (Boyd K. Packer, “Come, All Ye Sons of God,” Ensign, Aug. 1983, 69).

In late 1966 or early 1967 missionaries were sent to open the city of João Pessoa in northeast Brazil. Leaders of one religious group in the community were so frightened by their arrival that they provided a willing newspaper with a number of articles containing bitter attacks on the Church. The material was so distorted and acrimonious, so blatantly biased and prejudicial that a number of people in the city invited the missionaries into their homes so that they could hear the truth. One of the elders who served there said the free publicity gave a jump start to the work in that place. The missionaries actually sent a note to the ministers to thank them for their help in spreading the word. The articles stopped.

Elder Packer related an incident from 1962, the year after he was called as a General Authority:

“I recall not too many years ago driving to the office one morning and turning on the radio as they were excitedly announcing that someone had placed a bomb at the temple. The front doors of the temple had been blown off. Remember that? Most of you don’t because it is just not that important‑it isn’t worth remembering. We were then using the parking lot north of the Relief Society building; and as I went to the office, I glanced across the street. There was a lot of action around the temple — people, police cars, fire trucks, and everything. But I was late to a meeting; so I had to resist the temptation to go over and see what was going on. I was in meetings with combinations of the Brethren all day. As I went back that night about 6:30 or 7:00, there were some big sheets of plywood over the place where the doors had been. Then it struck me. All day long in meeting with the Brethren, not once, for one second, was that thing ever mentioned. And why? Because there was work to do, you know. Why be concerned about that?” (“To Those Who Teach in Troubled Times,” Address to Religious Educators, summer 1970, in Charge to Religious Educators, 2nd Ed. [1982] pp. 72‑76).

One of our stake patriarchs returned from serving a mission in the Palmyra area with his wife. He spoke in our ward two or three weeks ago and told us of the apostates and detractors who gathered at the Hill Cumorah at pageant time to distribute an anti-Mormon newspaper to those who attended. Brother Seastrand passed them one evening in the company of President Hinckley, and expressed his concern about their activities. He wondered if something could be done to restrain them. He told us that in response the Prophet read the following verse:

“And every nation which shall war against thee, O house of Israel, shall be turned one against another, and they shall fall into the pit which they digged to ensnare the people of the Lord. And all that fight against Zion shall be destroyed, and that great whore, who hath perverted the right ways of the Lord, yea, that great and abominable church, shall tumble to the dust and great shall be the fall of it” (1 Nephi 22:14).

Like many of you, I have visited the Hill Cumorah at Pageant time and heard the acrimonious messages broadcast over loud speakers to those attending. Last time I was there, I attended with a non-member friend and was interested to note how upset he was by the actions of those opposed to the work. I suspect that his response was in part responsible for his willingness to ask for and accept a Book of Mormon for his own study.

Given the nature of our work and the implacable bitterness of our foremost enemy, Lucifer, we cannot hope for uncontested access to the hearts and minds of investigators and friends. But our work is not and never can be to attack them as they attack us.

In Doctrine and Covenants 123, the Lord clarified out duty toward our detractors:

It is an imperative duty that we owe to all the rising generation, and to all the pure in heart—For there are many yet on the earth among all sects, parties, and denominations, who are blinded by the subtle craftiness of men, whereby they lie in wait to deceive, and who are only kept from the truth because they know not where to find it—Therefore, that we should waste and wear out our lives in bringing to light all the hidden things of darkness, wherein we know them; and they are truly manifest from heaven—These should then be attended to with great earnestness (Doctrine and Covenants 123:11 – 14).