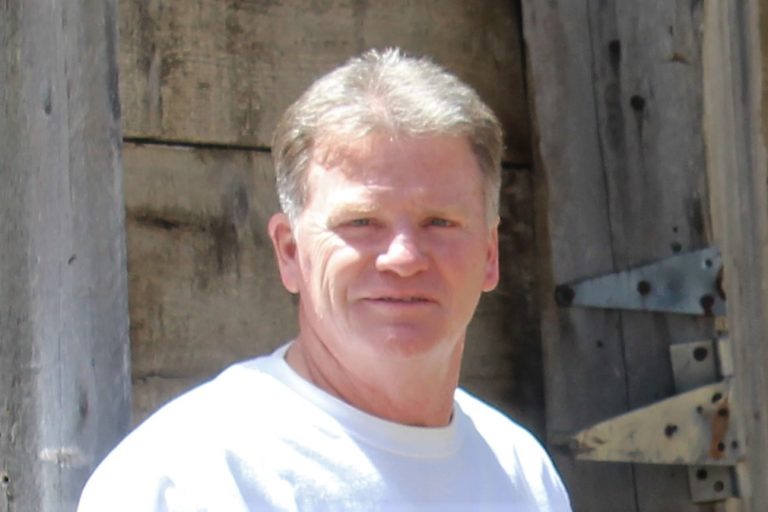 Editor’s Note: The following was originally published in 2017. We are running it as part of Meridian’s Summer Rewind; a week of our most popular and most loved cover stories from previous years.

Sometimes life is just too much. It isn’t just that one thing is difficult; it is that the pile of adversity is so heavy you can hardly think how to go on. Your back is bowed and your vision dimmed.

It was that kind of time for Dan McMillan. His wife’s lifelong struggle with a serious illness was at a crisis. Doctors weren’t helping or couldn’t help. His son and daughter were also seriously sick. Major health problems seemed unsolvable by every kind of medical effort. Not long before he had lost his job of 28 years because of his own serious illness. Though he had a good job now, working as a plumber at the headquarters of the LDS church, he was weary beyond expression of the daily pounding with no relief in sight.

Not long before, too, he had come to the end of his six-year service as a bishop and he felt the loss of that mantle which had been so important to him. Honestly, he felt a little lost in general. Sometimes in life’s pounding, we can all get that place.

“I was extremely done,” said Dan. “I didn’t know what to do anymore. I didn’t want to go to work.”

He had stayed up all night with his son, and then found himself on Trax riding to work. He began a silent prayer, but didn’t know what to ask for. He felt needy on every front and sick at heart at the health of his loved ones. It was as if he was all prayed out. So, he made his prayer very simple. “I just pleaded with Heavenly Father, ‘I need to have a better day.’ That was it”.

He had no idea what was coming.

That morning he was working on a drinking fountain in the church administration building where the First Presidency and apostles have their offices. Though he and his fellow plumbers often saw the Brethren, they tried not to interrupt them.

This day was different. As Dan worked on the fountain in an underground hallway, he saw a security guy who said, “Here they come,” and he looked up to see President Monson’s daughter come around the corner, followed shortly by President Monson.

“President Monson took two steps passed me,” said Dan, “then stopped and turned around and came back. I was with other plumbers working on the fountain, but President Monson, picked me out, pointed at me and said, ‘I hope you have a better day.”

“We finished the drinking fountain, and then went into the parking lot to work on a large water line. We were standing there and I was not paying attention,” he said, when Elder Oaks came through the tunnel from State Street.

“He walks fast. He is always going somewhere and doing something. We all stopped talking to look at him. Then Elder Oaks stopped and turned around and pointed at me and said, ‘You have a better day.”

His friends said to Dan, “What’s going on with you?” He just shook his head in amazement. Then a few minutes later Elder Robert D. Hales came by in his car. “I saw his arm go over and gesture toward the security guy to slow down. He looks at me for a second, pointed his finger, and then they drove on.”

“I’m nobody. I’m just a plumber. For the Brethren to feel the Spirit so keenly and know just what to say helped my spirit so greatly,” Dan McMillan said.

To pick up the very words he had pled for about having a better day made him feel so known, and if known that well, then loved by the God who is over all things. He who knows us so perfectly knows also how to perfectly help us.

To Know and be Known

We can understand why these moments helped Dan’s heart so much. We long to know and be known of the Lord. We yearn to know that we are seen and that our sufferings aren’t random and meaningless, but that over it all there is an unseen hand that comforts and carries us, shores up our breaking hearts.

Nothing is lonelier than feeling that no one can break through to where you live in your soul or that no one has quite walked your walk or seen the world through your context.

Our youngest daughter is at BYU and she says that one thing she really wants in a young man that she would ever date seriously is that he sees her. That might sound simplistic, because, of course, we go through life every day seeing each other.  A hundred faces pass us. We see contours and shapes and eyes. But she means much more by that.

She means that beyond the surfaces, beyond who she is right now or how she looks at any given moment, or how she feels or responds in the present, that she will know when she has found the one because she will be known by him. He will see into her interior, grasp the essence of her soul and her yearnings. He will see beyond desert places or bogs. He will see something in her that others can’t see. She will feel known. She will feel seen. She will see herself better through his eyes.

And, of course, she will see him too, what nobody else has ever seen before in the same way.

One of the reasons that we love God is because he sees us and knows us. He sees the person we have always been through all generations of eternity, long before this world was. He is not fooled by surfaces but probes straight into the heart. He finds locked inside our being a divine possibility and invests in all that we can be. He sees us as a glorious mirror radiating Him.

We cry out with the Psalmist:

“O Lord, thou hast searched me, and known me…thou understandest my thought afar off…For there is not a word in my tongue, but, O Lord, thou knowest it altogether…Such knowledge is too wonderful for me” (See Psalm 139).

Nathanael and the Woman at the Well

Look what it meant to Nathanael when he first talked with the Lord to be seen and known. “Jesus saw Nathanael coming to him and saith of him, Behold an Israelite indeed, in whom is no guile!”

This leaves Nathanael thunderstruck who asks the most natural question, “Whence knowest thou me?” How do you know me? How do you peer straight into my heart? Jesus explains that he saw Nathanael under a fig tree, but, of course, this is not the entire explanation. Only His divinity explains how He knew with completely accuracy the heart of someone who he had not met before.

It is in being so clearly seen and known that Nathanael then exclaims, “Rabbi, thou art the Son of God; thou art the King of Israel” (John 1: 47-49). He has testimony because he is known.

The marginalized and outcast woman at the well in Samaria gives us a similar moment. The Lord patiently teaches her about living water, but certainly just as impressive to her is that he knows the details of her life. She had had five husbands and the man with whom she was currently living was not her husband. It is this knowledge of her that makes her drop her water pot to run to the village and exclaim, “Come, see a man, which told me all things that I ever did: is not this the Christ?” (John 4:29).

A Perfect Ability to Succor

It is because the Lord has searched every part of our soul and sees us wholly and totally that we feel so close in return. This isn’t a lonely universe for us where we spin in the darkness in the strange cold. We are basking in the warmth of Someone who knows us and perfectly loves us.

In fact, it is this perfect knowledge that in turn makes His love so perfect. Because He has searched us and known us, He can perfectly succor us. He is not like a doctor who might say, “Tell me where it hurts.” He already knows where it hurts without any explanation. He knows it even more clearly and intimately than we know it.

“Help me have a better day,” one very discouraged Dan McMillan asked the Lord in prayer one morning, and the Lord knew just how to deliver. Later many other blessings came, but it is remarkable that what so often helps most of all is just to know that we are known of the great Creator of the entire universe.

Many years ago when my husband was dying of cancer, I had not had time to make bread, which my children ate for breakfast every morning. My unsaid prayer was for bread for my children. That morning, my neighbor, not a member of our church, appeared at my door with a loaf of homemade bread! This was not something she had ever done. it was a testimony to me that Heavenly Father was aware of me and my small needs at this difficult time in my life. Thank you for sharing this story.

I remember sharing my patriarchal blessing with a friend. Her immediate response was that I was not living up to what it said about me. I felt unknown by her and others because I WAS living up to that part of my blessing, but have always taken seriously the commandment not to do my alms before men. I no longer share my blessing. I no longer speak to my former friend. But the Lord knows I am doing my good works. He knows me.