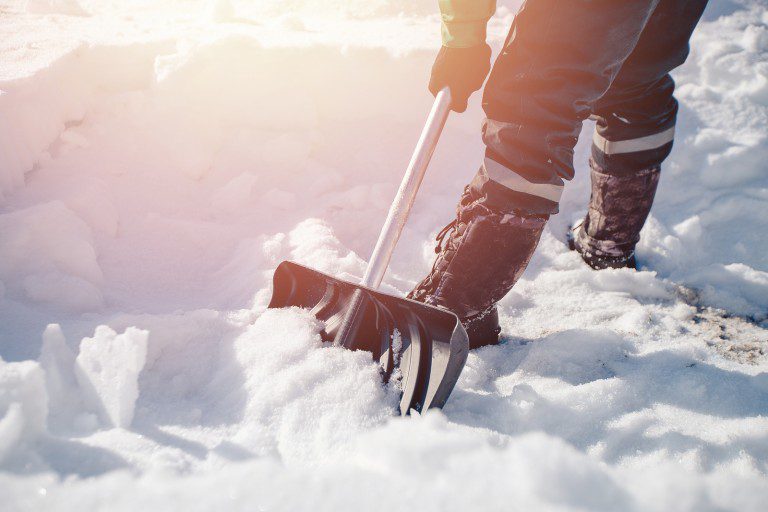 A Check We Can’t Cash

One of the jobs that I have as Scoutmaster is to help teach the boys about serving others. Winter is good for that. There are always people who need wood chopped or hauled, and in a winter like this one, there is lots of snow to shovel.

One winter, we were receiving more requests for snow shoveling than my troop could keep up with. The moisture was coming down as slush and freezing solid on everything it touched. It was not only heavy, but it locked itself solidly to any surface. It had to be chipped off of roofs. Many farm buildings were caving in before they could be cleared.

One Sunday, while I was standing in the foyer at church, one of our community members walked in. Harry was covered in scrapes, bruises, and bandages. Both eyes were black. He didn’t look good at all.

“Harry, what happened to you?” Bart asked.

Harry looked a little sheepish as he answered. “Well, the snow was building up on my shed, and I realized there were two problems with it. First, the weight was making the rafters bow, and secondly, the ice must have pushed open some of the tin, because water was dripping inside. I decided that I would get up on the roof and shovel off the snow and screw the tin down.

“I found my ladder, got my drill and shovel, and climbed up to the roof. I found the ice was much harder to break off than I thought it would be. I decided to get some off the edges to take off some weight, then I’d just cut a section up along where the roof was leaking so I could tighten the tin down. I was able to get the ice off the edges of the roof okay by moving along them and chipping at the ice while standing on the ladder, but cutting a path up the section of the roof where it was leaking was a lot harder.

“I eventually got a path cut through the ice, but the exertion made me gasp for air. I had just finished taking off enough ice so I could put the screws into the roof, and I was reaching for the drill when I suddenly felt dizzy. The next thing I knew I was waking up on the ground, almost frozen to death. I have no idea how long I lay there, but it was getting dark.”

“As banged up as you are, that must have been quite a fall,” Ben said.

Harry shook his head. “That wasn’t where I actually got really hurt. Oh, I was a little shook up, and had a few bruises, but the thought of not even remembering what had happened was what bothered me the most. I got up and was really stiff and sore, and I struggled to walk to the house I realized I should get some help to finish the job. But that was when I realized I had left the drill up on the roof.”

Harry grinned in embarrassment, and we grinned, too. Every one of us grew up on a farm, and we all had a strong independent streak.

“In the meantime,” Harry continued, “while I laid there, the moisture had frozen on the tin I had cleared. I stepped on the tin and had just reached out and touched the drill when I slipped. I do remember that fall as I came flailing off the roof. I was even still awake after I landed, and I immediately sat up. But then something hit me on the head. It was probably an hour or two later when I woke up, and the drill was laying by my face.”

We were all glad Harry was all right. But the men couldn’t help but give some good-natured teasing.

“That’s one thing about it,” Bart said. “A person never has to worry about falling off a roof because the ground is always there to catch him.”

Harry smiled at their teasing. “You know what I hate?” he said. “I hate getting old and having my mind write checks that my body can’t cash.”