A Bird and a Fish in Barcelona | Meridian Magazine 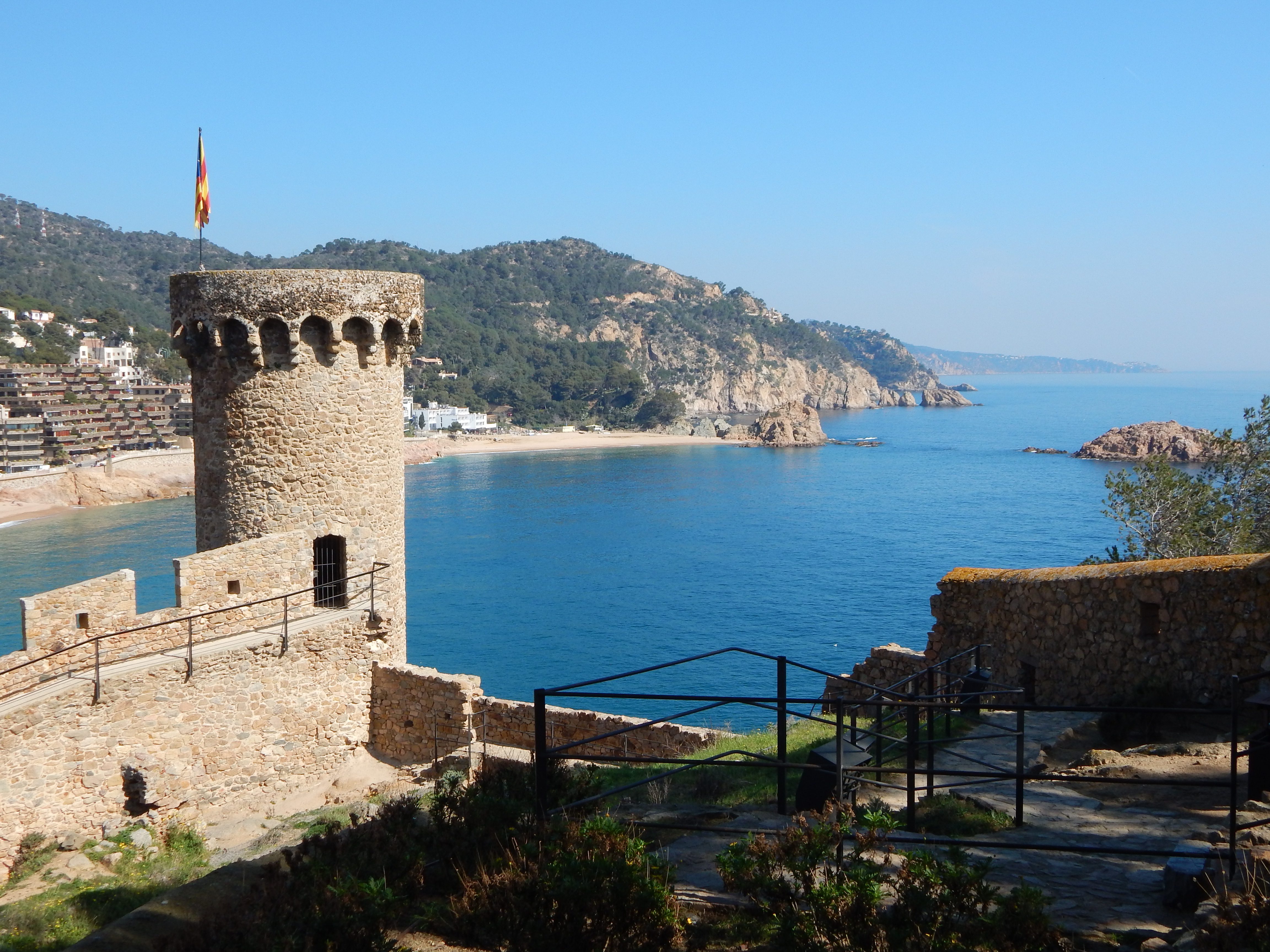 A Bird and a Fish in Barcelona

To see Mariah’s travel blog, click here. To get your copy of her book, “So You Think You’re Too Poor to Study Abroad”, click here.

I married someone very different than I am.

We even joked from the beginning that we were a bird and a fish who fell in love (mostly because we still have no idea where we will ever live). He is an Alaska-grown, wilderness-loving mountaineer and I? Well, I’m an actress and a writer and I love museums and history and art.

I remember when I was still single, I heard a couple in a marriage class say that it was ok to have totally different hobbies and passions and to pursue them separately. She talked about scrapbooking while he was off hiking and how it was perfectly fine that he’d never been to a craft store and she would never see the trails. I don’t think they were wrong. I think you can and should be able to develop your identities separately as well as together, but I also like spending my free time having adventures with the man that I chose to be my forever buddy, so where does that leave us?

We were in England recently for my graduation from my Master’s program and as sort of a celebration, decided to take a side trip to Spain. It was March and we figured it would be warmer there and we’re trying to learn Spanish so we just picked a Spanish-speaking spot on the Mediterranean and went exploring.

But how do a bird and a fish find anything to do together?

It was surprisingly wonderful.

It was also bumpy as lots of travel is. We didn’t always plan perfectly and sometimes things fell through and sometimes things were closed when we wanted to see inside. Once we had to take the same train line back to the same stop again because we didn’t know that the metro doors in Barcelona don’t open to let you out at your stop unless you press the button to make them.

And at times I felt the pressure of knowing that we were doing things he wouldn’t have chosen. I got overly worried about whether he was having fun and how we could make it better for him even when it was technically “my time.”

But I never knew how much it would mean to me to see my husband point to his audio guide headphones and mouth the words “this is so cool!” as we toured the interior architecture of La Pedrera, an Antoni Gaudí apartment building with truly unique features inspired by the shapes and textures of the natural world. I didn’t know that his sitting through a Flamenco show and declaring at they end that the dancers were truly athletes would be so validating. Or that seeing him get so genuinely excited about the symbolism in church architecture when I know it wouldn’t be his first travel choice would make me so happy.

And on that note, lest you’re ever in that part of the world and think “what’s the big deal with the Sagrada Familia anyway? It is even worth paying to go inside?” It IS, my friends, IT IS. We were both awestruck by that place.

It is a Roman Catholic Church dedicated to the Holy Family that has been under construction since 1882. The enormous columns inside stretch up to the ceiling and then branch out like trees, making it look like the whole ornate roof is being held up by a forest. The windows are filled with some of most vivid and bright stained glass I’ve ever seen. The panes to the east are made in warm colors to represent the rising sun and those to the west are in cool colors for the setting. At a glance, it’s overwhelming and busy outside and in, but you get up close and learn that every single detail is deliberate and devotional and delightsome. We were both entranced by it. That Antoni Gaudí is truly something else.

But the days my husband planned in the country were some of my favorite of the whole trip. I was far from just patiently enduring, I was enjoying. Though he too worried for my contentment. He took well over two-thirds of the weight of our backpacks on his own shoulders trying to ease my way even though it was “his time.”

We rented bikes and took them on a train to a little city called Girona and then rode south through the countryside following what used to be an old railway back to the coast. We rode through fields and forests and pastures and then school zones and suburbs and cities. When we reached the sea, we followed it back into Barcelona, spending our nights in sleepy coastal towns on the way.

I don’t ride as fast or as well as he does, but we worked out a system of staying together that doubled as a way to locate every dog within earshot. If he wanted to know how far back I was without taking his eyes off the road to turn around, he would “Whoop Whoop!” and I would respond with a long, spirited howl (like a wolf). My answer would inevitably be followed by a wave of yipping and woofing from unseen dogs in every yard and field we passed. I loved having a canine soundtrack to our ride; a twilight bark to remind us that this bird and this fish were making the effort to stay together.

And I know it was meaningful to him to watch me make the effort to learn how to use the gears on the bike (even though this is our second trip like this and I probably should’ve learned that the first time). It made him happy to see my grin as the wind whipped my hair in the long, downhill stretches and to hear me tell him again and again how grand an adventure this was.

The most magical morning of the trip was meandering through a little town called Tossa de Mar. Most everything was closed for the season, but we wandered past barred up souvenir shops and buttoned up cafes to the sea, and found a castle there; a majestic, imposing piece of history casually sitting right on the beach against a perfectly blue sky.

We wandered the shore at its base and began to notice little flecks of green under our feet. It was sea glass, and as soon as we realized this, we started a collection. Filling our little paws with bits of a would-be mosaic with the Mediterranean lapping nearby and the seagulls cackling like old women having drinks in a street café. Then we made our way to the top of the castle for one of the most stunning coastal views I’ve ever seen—

It was the perfect place for a bird and a fish to find joy together. The perfect union of adventure and beauty, exploration and history.

But it was that much better because the fish had first agreed to be a flying fish and the bird agreed to try diving. We were willing to fully engage in each other’s elements and try to see the appeal even if sometimes, it was mostly for the love of each other and not love of the activities themselves that we did them.

I don’t think marriage means that you have to become the same person, aligning your activities until your schedules are a match set. But I do think it’s richer when you’re willing to take frequent tours of the other person’s heart and interests rather than just sticking to what’s practiced and comfortable for you.

I’m glad I didn’t marry myself, because I already like what I like. Instead I got to marry someone different than me, and he came with a bunch of brand new stuff for me to explore and learn to love.

I loved him more as I watched him make the effort to explore and learn for my sake.

And we found common ground on the beach near Barcelona and something tells me there’s more to find.

To see Mariah’s travel blog, click here. To get your copy of her book, “So You Think You’re Too Poor to Study Abroad”, click here.

Loved this. And because my son is currently serving a mission in Barcelona and lives RIGHT NEXT DOOR TO la Sagrada, it was even more interesting. (I just emailed him to send me more pictures!)

@Jewelfox: I haven't, but I looked it up and it sounds like us. :) Thank you to the rest of you for your kind comments. I appreciate hearing from you.