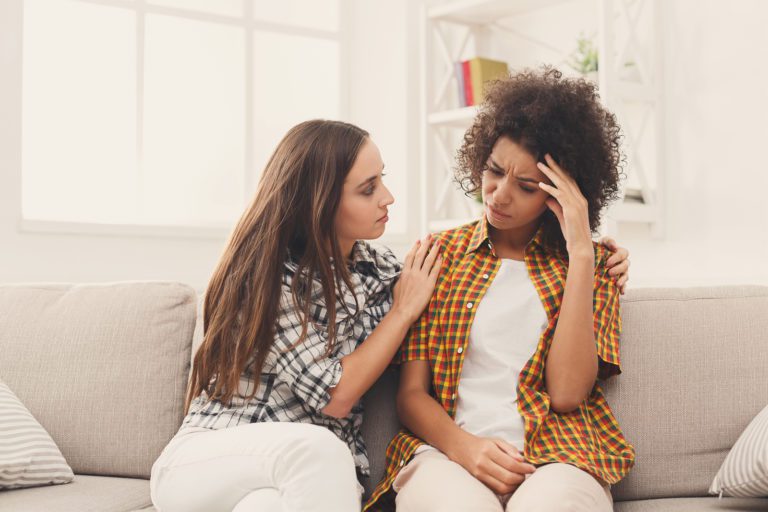 5 Ways to Improve Your Listening Skills

I’m reluctant to recommend an experiment because I know in my heart that I, myself, would fail it. But here it is: For a day—or even half a day—keep a record of every time you speak and make a little check mark in one of two columns, the first titled “questions” and the second titled “statements.” You could do this on your cell phone or on a sheet of paper.

I suspect my statements column would outnumber my questions column by at least five to one (maybe more). Yikes. And yet we all know that we should listen actively to others. This includes making sure we’ve heard them correctly by asking such questions as, “I hear you saying your teacher picks on you—is that what you’re feeling?”

I call this Absolute Listening. It’s going to the place where someone else is and trying to actually experience what they’re describing. You forget about yourself, you forget about all the answers you have for their problems, and you just empathize from head to toe. In a quarrel this is like a magic wand. When you set aside your need to express your own side of things you diffuse the antagonism and can reach true understanding. It lets the other person feel valued and heard. It’s powerful.

It also goes against my grain. When someone has a problem, I’m a fixer. I know this is kind of a male trait (and we can argue—ha ha—about the sexism of that statement), but I like to jump to the solution and skip over what I feel is the venting, when the venting leads to wallowing.

One time, as a Relief Society President, a woman gave me permission to discuss her situation with her therapist, so we could both be of assistance. Carefully her therapist walked me through what I should say on my next visit. I was to listen gently and guide her to find the answer herself. I ran all his ideas through my mind as I drove to her home.

I went inside with the best of intentions and asked how things were going. She described a situation she was dealing with, and suddenly I forgot everything I’d been told to do. “Oh—I have the perfect solution,” I said. “Here’s what you should do.” I then outlined several ideas to help her get a handle on the problem. (Can you hear the game show wrong answer buzzer, yet?)

Most of us know that a good way to listen is to rephrase what someone is saying. I grew up with this—my father was a professor and also a clinical psychologist. You’d think I would have absorbed some of his techniques, right?  But no.

One thing he employed was the Rogerian Method of seeking common ground and sincerely empathizing. This means that when one person says something, you can’t move on until the other person correctly describes it back to them. The idea is to arrive at a mutually acceptable solution. Yet whenever  he would do this I would respond with complete exasperation. “Of course I’m mad at my teacher. I just told you that!” or “Why are you parroting my words back to me? How is this a conversation?”

Not only was I irritated by this redundant approach, but annoyed at the waste of time it seemed to be. And now comes the excuse-making part. What appeals to my sense of economy of discussion is if I can put my quarter into the machine and have a ticket print-out that says, “Here’s the answer. Here’s what you should do.” And, when with friends, I love it when someone cuts to the chase and tells me exactly what has worked for them in a similar situation. Mind you, this doesn’t mean I’ll do it. But it’s something I can consider immediately. (If you do anything fast enough, can it count as cardio?)

Think of an astronaut in a space ship calling NASA and saying, “We have an oxygen leak. We need immediate help,” and some wise guy saying back, “It sounds like you’re concerned about oxygen.”  Joni’s brain would fill with exclamation marks, I would snap at the scientist and get kicked out of the space program. Maybe while still in orbit.

All of this is by way of admitting I do not have Absolute Listening down. Yet. Life’s not over, so I’m hoping I can do this more and more often. I know that I could probably ask waaay more questions and not make so many statements. If you struggle with this as I do, here are five ways to get a handle on becoming a better listener (See? I’m already prescribing actions you should take!):

First, take a breath. Don’t be in such a hurry to solve the puzzle within 30 seconds. Just hear the other person out, and then think. Inhale. Exhale. Mull it over before jumping in with your ideas. The most brilliant response could be in the deepest recesses of your mind, and needs time to float to the surface.

Second, honor their own right to do the same. Allow them space to hear their words aloud—often a huge step toward clarity—and to formulate their own ideas. Kids need practice making decisions rather than having parents who jump in and do this for them (BIG apology to my own kids, by the way). Even if you know their choice won’t work, sometimes they need to learn by finding that out for themselves.

Third, pray. God actually does have all the answers. So don’t be foolhardy, only leaning unto your own understanding. Listen to the Holy Ghost. Be open to inspiration that might go counter to what you were thinking.

Fourth, ask questions. Let these questions come from a heart of genuine curiosity and caring. Not only does this guide the other person to what are often correct solutions, but it tells them they matter to you. And that, alone, is worth taking time to establish. This, by the way, is a fantastic teaching approach in classrooms.

Fifth, affirm your belief in the other person. “I know you’ll do the right thing,” can show support and build confidence. Or, by asking what has worked for them in the past, you can sometimes help someone realize they knew the answer all along. And remember the saying, “Advice is what you ask for when you already know the right answer but you don’t like it.”  Very often when someone presents a problem, they already know what they should do; they’re just hoping you’ll vote for the wrong choice or the easy choice that they like better.

“O be wise,” right?  Don’t fill every space with your own voice and opinions. Let there be some rests in your music. Leave space for pondering, wondering, and hearing inspiration. This works with ourselves as well as with others. After all, think how many times you make statements to yourself—sometimes negative ones—and how many times you actually ask yourself questions. Ah… maybe we’re onto something here.

This is truly a helpful article. I had never heard the quote.... “Advice is what you ask for when you already know the right answer but you don’t like it.” My new favorite quote... This made me laugh out loud and say ‘This is the meaning of life’... Thank for your work.. I just found you today...

What a great light-hearted discussion about listening, which is something I'm working on being better at. I love that you poke fun of yourself. Finding humor in situations is a great way to help relieve tension during serious discussions.