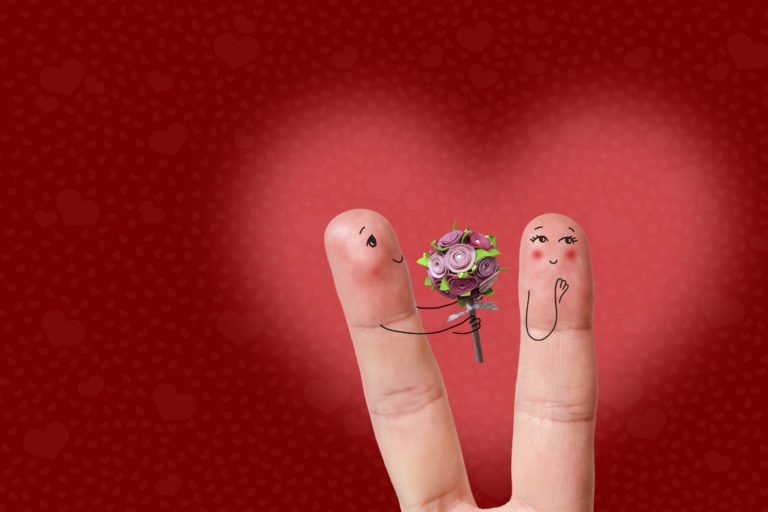 I was sitting with a friend not too long ago, discussing her current situation with a boy that she liked. She told me about all of these interactions they had had and what was going through her mind as she chose how to react and judge the situation. The most common thing I heard from her was, “…because I didn’t want him to think that I like him—even though I do.”

It doesn’t make any sense, and yet I know I’ve had the exact same thought tons of times. It’s really scary for someone to know that you like them. Suddenly, you’re opened up to all the repercussions of that knowledge which you assume will be utter humiliation and disappointment even though another possible upshot is falling in love (which we all want and fear, often in equal parts).

My point is, I have listened to men express their frustration with the dating scene and women express their frustration with the dating scene, but I don’t see a lot of very useful communication between the two to improve it. As such, I asked dozens of single LDS men from various parts of the country what they wish single LDS women understood and these are five of the most compelling and frequently repeated answers:

1. Girls can ask boys on dates

This was far and away the most common answer I heard. Nearly every boy that I asked mentioned this in some form. In the back of my mind I was thinking, “but that’s so scary what if they said no…” and then I realized that’s exactly how they feel. I think a lot of women have this sense that they will mystically attract the romantic intentions of a boy, without actually striking up any kind of relationship or comfort level with anyone.

But it doesn’t have to be a hypothetical question, boys are open to being asked out. If you’re worried about the awkwardness of who pays in that scenario, find something free to do together. If you’re worried they will turn you down, they might but so what? Asking someone out is essentially just saying, ‘you are someone who seems worth spending an evening with.’ Most people walk around desperate for someone to tell them that they worthy of notice so at the very least you’ve given them that.

This is an important thing for both genders to remember in the whole drama of asking someone on a date. You are not asking for their hand in marriage. You are merely asking for the opportunity to have some fun and get to know them a little bit better. This is an important reminder for the girls who jump into project-a-vision and become clingy or territorial over boys with whom they’ve only had one great date and already envisioned what the kids would look like. It’s also for the girls who turn someone down cold feeling super awkward about the assumption that this guy was asking way more than they were really asking. “Dinner on Friday” does not mean “dinner every Friday” and “do you want to go on a hike?” does not mean “do you want to climb the mountains of life with me?”

3. Mixed signals are the worst.

This is another topic that a lot of boys felt very strongly about. It goes back to that whole principle of ‘I don’t want him to know that I like him.’ Often in the past, I found myself communicating none of my interest and yet still quietly hurt that someone wasn’t pursuing me. I remember I was in a play once and I had the world’s biggest crush on one of the boys in the cast. I leaned over one day to a friend of mine in the show that saw us together every single day and said, “I am kind of crazy about someone in this cast, is it obvious?” I asked the question totally assuming that the answer would be ‘yes,’ but it took my friend 3 guesses before he even named the right person and here I was thinking it was written across my forehead every single day.

As one guy that I talked with put it, “boys don’t get hints, be straightforward.” Being straightforward means being clearer in your interest, but it also means being clear in your lack of interest. Don’t lead someone on. If you’ve been on a few dates and you know you aren’t feeling it, don’t keep saying yes and ‘we should totally do this again sometime.’

You think it will be hurtful or embarrassing to say [a polite] no, but it’s way worse to wait until they’re super attached first. My dad dated a girl in college to the point where he was going to the temple pondering about eternal plans that included her and then one day while they were on a picnic he said, “do you even like me?” and she said, “not really.” It made for a very quiet ride home. It took a few decades, but he seems to have recovered.

4. Self-deprecation is not attractive

Ladies, you know the drill. Someone tells you you’re beautiful or that you did a really great job on something or that you have a particular skill with that and you say: “Are you kidding, my hair is a total mess today” or “it should’ve been so much better” or “But look at the flaws in my accomplishment.” I don’t know what snake oil salesman is going from town to town telling people that self-deprecation is the same as humility, but he is wrong. Honestly, I think women in particular have an issue with this. They are unable to just graciously accept something complimentary that has been said about them.

One boy I talked to said, “have confidence in yourself. Don’t set it up so that the guy has to constantly reassure you.” This tendency to downplay yourself is something with which I really identify. When someone says something really nice about me, I feel sheepish and I think that if I acknowledge that they are right then I am essentially taking a victory lap and drawing all of the attention to myself.

I tend to self-deprecate to avoid seeming self-centered, but in fact being self-deprecating is one of the most self-centered things you can do. Rather than courteously accepting what’s been said, validating that person’s opinion and moving on, you are essentially saying, “You—with all the pleasant things to say—are wrong. And dumb. And look how much more I know about me than you do.” Confidence and kindness are what draws people to you. The whole idea of the girl who’s attractive because she doesn’t know she’s beautiful is lauding the woman who doesn’t put on airs, not the woman who refuses to acknowledge her own strengths.

I was once the only single gal in a house with six roommates all in serious relationships. It was a party every day and I loved it despite constantly being referred to by people who visited as a “good sport.” Winter rolled into spring and pretty soon all of those serious boyfriends became fiancés. Some of the couples had dated for years, some had dated for weeks, but ultimately all of them were married by the end of that summer. And I wondered whether in that household, if I had been steadily dating someone if I would’ve gotten sucked in to feeling like we too should tie the knot by summer’s end. I am not claiming that that is what happened with any of those couples, but I saw how easy it would have been to feel rushed into that stage of life by seeing that all of my friends were there.

Don’t put off marriage if you’re with the person you want to wake up next to for the rest of your life, but don’t make big plans with someone that you don’t really want just because you feel like it’s high time you marry somebody. It really makes a healthy, successful relationship impossible if you’re constantly looking to the right and the left and saying, “well we’ve been dating longer that they’ve even known each other and they’re engaged. What’s wrong with us?”

There is no magic formula for how long or short courtship should be. Your path is your path, concentrate on connecting with the person you’re with or the people you date and communicating openly about where it’s going rather than making life a pressure cooker stoked by comparisons.

I’ve heard the well-intentioned institute lessons about couples who got married nine days after the mission too. I know it’s stressful. What’s more stressful is being married to someone you didn’t really want to marry. If you’re not going to be the happiest person in the world, or at the very least in the room, on your wedding day then don’t marry that person no matter how out-of-college and ‘the-only-single-person-left-of-your-friends’ you are.

Ultimately what most of this stuff comes down to is communication and a little bit of bravery. If in doubt, talk more. Assume less.

This article sums it up well. It's vitally important for women to show initiative because nothing else communicates desire. There needs to be flexibility in terms of who asks who because people are not born the same. If it was to be that only men could do the pursuing, why do many of us men suffer from low self-esteem, discouragement, Rejection-Sensitive Dysphoria or any other thing that would legitimately hold us back? Shouldn't we be immune to that stuff? Any woman who says that only men should pursue is not considering the man's point of view (and yes, empathy is vitally important for any relationship to work). The fact that any woman-initiated relationship has resulted in marriage is proof that it can work.

If someone likes you they will ask you out and if they don't like you they won't ask you out. If they do like you but are not man/woman enough to pursue you then YOU DESERVE BETTER and someday something better that is meant specifically for you will come along! It really is that simple. So trust Heavenly Father, keep your covenants, and LISTEN TO THE SPIRIT and you will be guided on what to do for your specific situation. Please don't allow yourself to be guided by this article or any of the comments above.