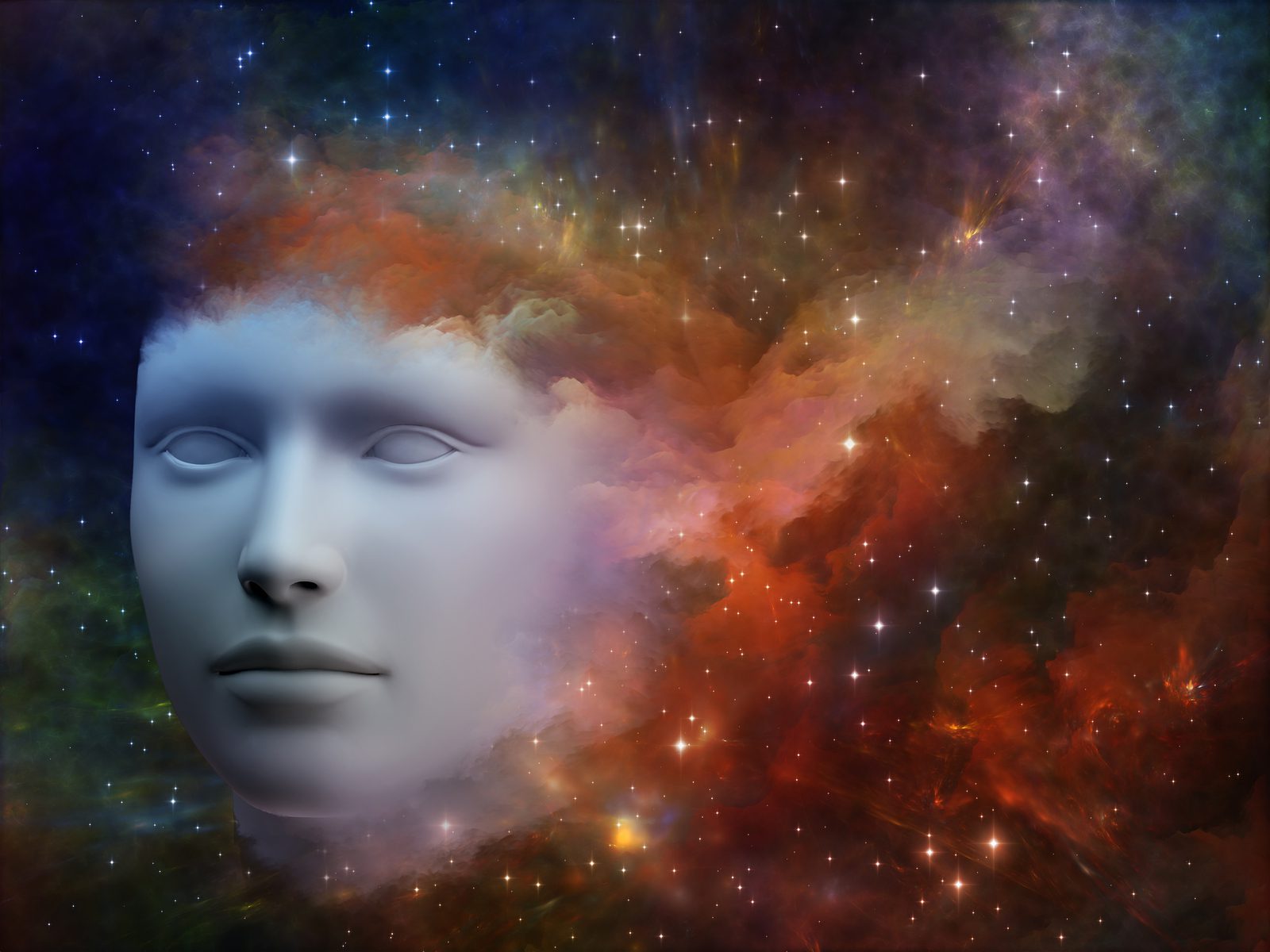 I don’t like mixing religion and politics. When church meetings get political (and because I’ve churched in locales as diverse as Boulder, Oklahoma City, and Baltimore, the politicking has gone both ways), I’m the one frowning and fidgeting and taking the earliest opportunity to make an un-subtle change-the-subject comment.

In an endeavor as important and intensive as building Zion, dividing ourselves along partisan lines is unwise.[i]

Unfortunately, politics and religion cannot always be neatly poked into separate corners.[ii] I could even give them the same (very) broad definition: The application of true principles to organize human affairs so as to encourage every individual’s fullest achievement. And so although of-the-moment political campaigns should be left outside the chapel doors[iii], politics and religion necessarily inhabit overlapping turf regarding important moral questions.

Also unfortunately, any American Mormon, no matter what her political opinions are, can find reason to be disgruntled about how she is treated on account of them. Conservative Mormons have the numerical majority in the majority of congregations. Liberal Mormons have the ear of the wider culture and media.[iv] A liberal Mormon can feel miffed that most ward members oppose him politically. A conservative Mormon can be bothered that his church/culture/gospel is portrayed by and to the rest of the world as backward and bigoted.[v]

Because liberal Mormons’ political and moral opinions often line up with those of the American cultural elite, liberal Mormons have a great depth of support and resources for explaining and advocating for their opinions. Conservative Mormons, on the other hand, have the religious authority of statements made by LDS leaders, but until recently those statements have not tended to construct the thorough, logical framework necessary to explain and defend those opinions in the way that liberal Mormons have learned to.[vi]

Why does all this matter? Because on some prominent topics, sexuality and marriage first among them, conservatives’ political and moral opinions are more likely than liberals’ to align with church doctrine[vii], and conservatives’ inability to explain and defend those beliefs can harm conservatives’ own faithfulness, conservatives’ children’s upbringing, and conservatives’ ability to teach the gospel to others. I fear that conservatives who lack for rigorous defenses of their beliefs may find their faith eroded by pervasive liberal arguments. More specifically, liberals in the wider American culture often make extremely strident moral claims that the only way to be a good person is to accept liberal ideas.[viii] This strikes at the heart of conservative Mormons’ faith in themselves as disciples of Christ, and their faith in LDS church leaders as revelators who speak for God.

I’ve seen good people leave the church in the direction of the right, but lately I’ve seen far, far more good people, mostly of my generation, leave the church at a sharp left. I do not think that most of them left solely, or even mostly, because they stumbled upon a difficult historical fact or a challenging doctrinal quandary or a puzzling present church action. I think that most who leave experienced a shift in worldview, prodded by a political judgment. In the new worldview,an institution espousing conservative beliefs, like the LDS church, cannot possess the moral authority to reveal eternal truth.

And so they leave. Or they remain, but in a very doubtful and disaffected mode that can cause great pain to themselves and great friction with their fellow members. And great sorrow to me.

This is where EXPAND comes in. Because neither the wider culture nor much of the church provide rigorous, logical defenses of conservative beliefs[ix], and members are in danger of that problematic worldview shift, there is a need for such defenses. We are not in the least coy about our biases here, or about our willingness to take on political topics that other forms of apologetics[x] do not address. It is our mission to defend, clearly and charitably and with erudition, all of the church’s teachings, including family, sexuality, marriage, church leaders’ authority and ability to speak for God on moral issues, and anything else that is known to trouble the saints.

Perhaps one who might start to disbelieve in the church’s moral authority can be persuaded to stay faithful. Even if we don’t successfully persuade any to agree with the church’s teachings, at least we can show the possibility of robust and moral reasons for them, and thereby preserve the intellectual space for faith to grow. Perhaps we can help Primary and Sunday School and YM/YW and CES teachers learn better methods of explaining principles and answering concerns. Perhaps we can help everyone to cheerfully discuss differences with appreciation for the good faith of others.

I’m excited. Welcome to the EXPAND

[iii] Remember that letter your bishop reads every October? https://www.mormonnewsroom.org/official-statement/political-neutrality.

[iv] I’m using “conservative” and “liberal” in their conventional American sense, so let’s not get bogged down in definitions. And we’ll just rudely ignore the non-American majority of Mormons for now.

[v] In an example I plucked at random from my files, an AP article reprinted in the New York Times on October 5, 2014 quoted several women’s opinion that the men-only priesthood rule is hurtful and whatnot, but did not include any of the majority of American LDS women who feel otherwise. This dynamic deserves much longer treatment in a future blog post, as I realize “Majority of American LDS women are content with status quo” is not a news article worth writing, but the reality remains that only one flavor of LDS female opinion gets the NYT treatment. The article is here: https://www.nytimes.com/2014/10/06/us/mormon-women-see-priesthood-meeting.html?_r=0.

[vi] This is, happily, changing for the better; in particular Elders Oaks, Christofferson, and Andersen have made great strides in the past several General Conferences and other addresses.

[vii] YES there are EXCEPTIONS. YES there are NUANCES. NO I’m not saying you can’t be a good Mormon AND liberal. See the second link in footnote 1. But though I expect controversy on this point, it’s not really disputable. Same-sex marriage, legality of abortion, priesthood gender equality: the definite majority of salient political debates align conservatives with the church and liberals…elsewhere.

[ix] Insofar as conservative beliefs align with church teachings, of course–let’s not imagine we’re going to mount a religious defense of, say, the Keystone pipeline.

[x] An apologetic is a defense of a position. Some try to portray religious “apologists” as hacks who are ipso facto too biased and closed-minded to be taken seriously, but those who so advocate are in fact apologists for that point of view. It’s a fun rabbit hole, and we’re all scurrying down it.

“It is surprisingly easy to take what should be our first devotion and subordinate it to other priorities. [Fifty years ago] the Christian philosopher C.S. Lewis illustrated this tendency with an example that is distressingly applicable in our own day. In his book The Screwtape Letters, a senior devil explains how to corrupt Christians and frustrate the work of Jesus Christ. One letter explains how any 'extreme devotion' can lead Christians away from the Lord and the practice of Christianity. Lewis gives two examples, extreme patriotism or extreme pacifism, and explains how either 'extreme devotion' can corrupt its adherent. 'Let him begin by treating the Patriotism or the Pacifism (insert Liberalism or Conservatism here) as a part of his religion. Then let him, under the influence of partisan spirit, come to regard it as the most important part. Then quietly and gradually nurse him on to the stage at which the religion becomes merely part of the ‘cause’ in which Christianity is valued chiefly because of the excellent arguments it can produce in favour of the British war effort or of pacifism. … Once you have made the World an end, and faith a means, you have almost won your man, and it makes very little difference what kind of worldly end he is pursuing.'” (C.S. Lewis. The Screwtape Letters , rev. ed., New York: MacMillan, 1982, p. 35). - Elder Oaks

"I’m using 'conservative' and 'liberal' in their conventional American sense, so let’s not get bogged down in definitions." Since these terms are indefinable, and since you recognize the problem, why pretend that such purely emotive terms have real meaning? Otherwise you will find yourselves relegating to the ash heap such well known Mormons as the late Professor Hugh Nibley and President James Faust (both lifelong Democrats) who surely must have been in favor of every horrible, Satanic policy which you have mentioned. Perhaps it would be better to abandon this divisive endeavor in favor of finding practical ways by which to unite worldwide Saints behind the Gospel of Jesus Christ and His Father, who "giveth to all men liberally, and upbraideth not" (James 1:5).