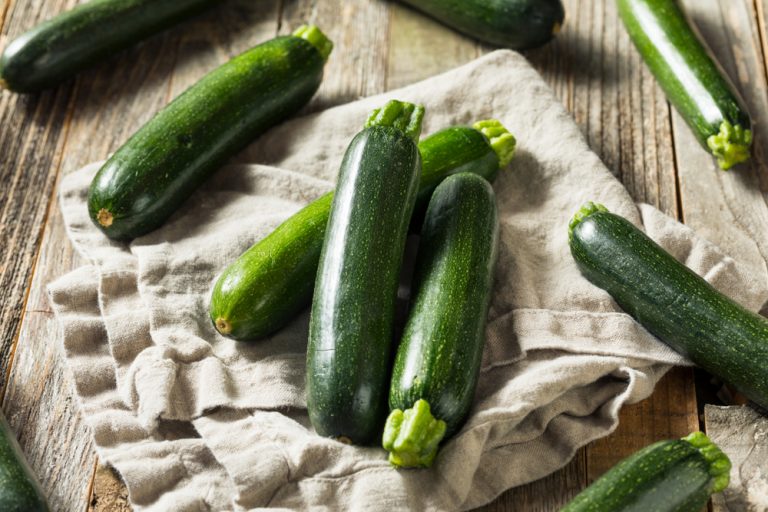 It was fall, and that meant only one thing in the small rural community: zucchini season. As one old gardener said, “It’s always a good year for zucchini.” There could be droughts, the potato and wheat crops could be less than stellar, and the corn could shrivel and have small kernels, but the zucchini always grew abundantly.

It was the only time of year that people locked their cars at church. If they didn’t, they might come out to find that a kind neighbor had shared their bounteous harvest, and the car was so full of zucchini that there was hardly room to ride home in it.

“How was your zucchini crop this year?” one neighbor asked Ivan.

“I have more than enough to feed a third-world country,” Ivan said.

“So do the rest of us,” the neighbor replied. “I thought I’d take some to the local food bank. But when I got there, there was a sign on the door. It said, ‘All extra produce is welcome except for zucchini. We have plenty of that.’ But I left them a bunch anyway, in case they run out.”

The neighbor then asked Ivan what he was going to do with all of his. “I’m not sure,” Ivan said. “My wife makes incredible cakes, muffins, and breads with it. We’ve even eaten it fried. But I’ve found I’m not fond of it unless it is in something that works well with chocolate chips. There is just no way to eat it all, and I hate for it to go to waste.”

The neighbor said that in the adult Sunday school class at church, someone mentioned that lots of people had extra zucchini to share. “But there were few takers. Seems that people have learned if they ask for a little, they get an avalanche of it.”

Ivan said, “I’m not even in Sunday School to offer it because I teach the children music.”

“Good luck with that,” the neighbor replied. “I doubt children would be interested in a zucchini.”

Ivan thought about that for the next few days. Maybe the neighbor was wrong. Children might be interested in zucchini if it was presented right.

The following week Ivan prepared all his teaching material around zucchini. He had posters with drawings of vines with green paper zucchinis taped to them. When it was time for music, Ivan put his idea to a test.

He would have a child pick a paper zucchini from the board, and when the child turned it over, there was a song written on the back. To get the children involved in singing the chosen song, he passed out a real zucchini. Then, as the children sang, they were to pass the zucchini along the row. Whoever had the zucchini when the song ended got to keep it.

Ivan did this for song after song and zucchini after zucchini. By the end of singing time, every child had a beautiful zucchini to take home. If Ivan had just offered them to the children, they probably wouldn’t have been too excited about it. However, having ‘won’ the zucchini during singing time, each child was thrilled with their prize.

The next week, Ivan changed it up. The children that sang the best and really put their hearts into a song won a zucchini to take home. Every child sang well, and every child won a zucchini on at least one song. Some of the best singers were blessed with extras.

The third week Ivan decided to mix it up with both passing the zucchini and singing. If the child sang out extra when the zucchini was handed to them, they got to keep it. Every child was a zucchini winner that week, too.

But that was the last week Ivan was able to do it. Not because he was out of zucchini. He had to quit because the parents had become wise to his tactics for disposing of his zucchini as their smiling children brought them home.

But, Ivan thought, next fall would be another zucchini season and a good time for zucchini singing again.