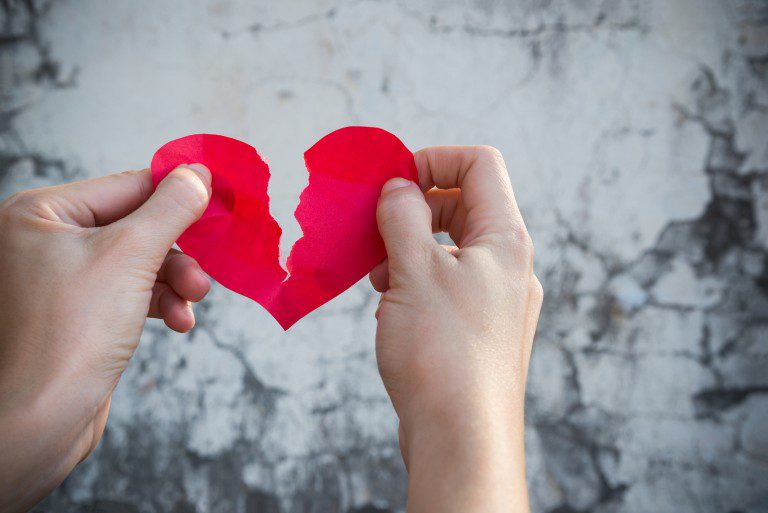 Your Hardest Family Question: My inactive husband has given up on our temple sealing

My second husband, to whom I am sealed, has given up on his ambitions and believes he has failed as a man and a husband and wants to “release me” to marry another man. He has become inactive and no longer believes in organized religion. He has been an entrepreneur all his life but has failed to realize his goals. He has not had a real job nor contributed much in the way of income for the 20 years we have been married. I have always supported his ambition and rarely tried to get him to move away from achieving his dreams and get a job that is in line with his skills to contribute to our income.

He has gone through serious depression because of this and it has affected his health as well. He cannot see himself getting a traditional job as it would contribute to his stress. Due to this, and after a long period of reflection, he has decided to retreat from life and join a Buddhist monastery. He wants to let me go as he has disappointed himself and feels like a failure as a man. He and I are still in love but he wants to let me find happiness elsewhere.

I have told him that I am committed to my covenants to him and will not re-marry because I will always love him but that to re-marry would be a serious transgression on my part. That has not swayed his decision in any way. I know that he has his agency and if he doesn’t accept our eternal covenants there is nothing that I can do. How can I get through to him?

This is a terribly lonely and difficult situation for both of you. He’s decided that he’s unworthy of your love and affection, even though you don’t feel the same way. This belief likely originated out of his shame of believing that he has nothing to offer you.

You already recognize the truth that you can’t change his mind or force your influence on him. He’s charting a path to help himself and believes that you’ll be better off without him. It’s maddening to witness someone hold an iron resolve about something that simply isn’t true for you.

It sounds like he’s moved out of the house and into a monastery, which is a significant step toward permanent separation. If he’s dedicating his life to the monastery, then I can understand why he would want to release you to find a new love. I’m sure that in his mind it’s a gentle way of divorcing himself from you without calling it divorce.

I recognize that you aren’t interested in divorce, but you have to decide what his actions mean to you. If he’s not legally divorcing you, but instead insists on living a separate life in a monastery, then you have to choose for yourself what this means to you. He’s been clear with you about what it means to him. He’s “releasing” you from marriage, which, again, is another way of saying that he’s abandoning his marriage.

You’re in a difficult situation because none of this has been adversarial and it appears that he’s trying to go away peacefully and give you a better opportunity. However, none of that is true for you. You’re devastated that he’s given up on everything, including his responsibility to financially care for his family and nurture his marriage.

If this is an experiment he’s trying, then perhaps you give it some time to see where it goes. You might find ways to connect to him while he’s at the monastery. I don’t know if they have restrictions on outside communication. This can certainly help you feel connection and hope to him, even in small ways.

However, if this continues for an extended period of time (you’ll have to seek answers on how long is too long), then you might be put in a situation where you have to protect yourself legally, emotionally, and financially so you can move forward with your life. Again, he may have already decided to divorce you, but is using the monastery as a gentle exit. Obviously, there’s nothing gentle about disappearing from your marriage covenants.

He’s obviously in a lot of emotional and physical pain and has found a solution that works for him. He’s not turning from it and is telling you that he’s going to continue down this road. While you can watch and see what happens, it’s also important for you to prepare yourself to live a single life either divorced or married. You’ll have to see spiritual answers from God and your leaders to determine whether any decision you make to divorce under these conditions would constitute breaking your covenants. It’s an unusual situation that no one can judge, but will certainly need a judgement and decision from you.

Depression. ADHD. No self-worth or self-esteem. Failure. Shame for not being able to be the breadwinner. He's feeling totally trapped with his back up against the wall and no way out. He's trying to escape from a world that he just can't live in anymore. Between suicide and a monastery, this poor wife is still left alone. God bless her through this! Is there no way to get him into some sort of therapy or a serious evaluation before he disappears?

This man needs a full neuropsychological evaluation. His inability to hold down a job and achieve his potential sounds like undiagnosed ADHD, plus the depression. And possibly something else. This is a terrible situation to be in.