You Start on Tuesday | Meridian Magazine 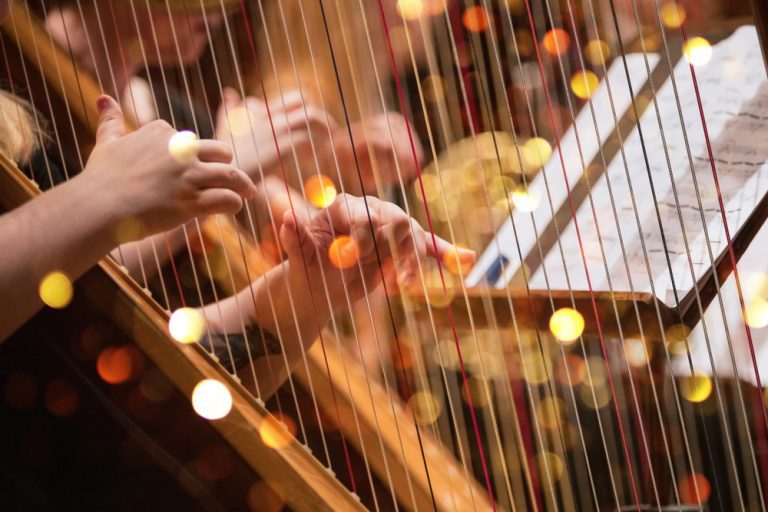 My wife, Donna, and I were visiting a harpist recently. Danni is getting old and has had to give up playing.

“How did you get into playing the harp?” Donna asked her.

“Well, I didn’t start on the harp,” Danni said. “Both of my parents were professional musicians. They loved music, and I started with the piano. I began my lessons when I was young, and I was playing well by the time I was six. Over the years, my mother paid for the very best teacher she could, and by the time I was eight, I was playing for all sorts of things.

“Then, one day, my mother came home and said, ‘Danni, I just went to the most beautiful violin concert.’ My mother then handed me a violin. ‘You start violin lessons on Tuesday.’”

“She just went and got you a violin and set up lessons?” Donna asked.

Danni nodded. “Being only eight years old, I thought nothing of it. I started the lessons and really learned to enjoy the violin. My mother had again found the best teacher she could, and I progressed well. I started playing in the community orchestra at age eleven. It was an audition-only orchestra, and I was the only one in it that was under sixteen.

“Then, when I was twelve, my mother came home and said she had been to the most beautiful clarinet concert. She had never heard one solo in a concert before. She couldn’t believe how incredible it was. She then handed me a new clarinet and said, ‘You start lessons on Tuesday.’”

“You were okay with that?” Donna asked.

“Not really,” Danni said. “Since I was twelve, I was beginning to have opinions of my own. I enjoyed playing in the community orchestra. But I didn’t want to go against my mother, so I tried to make it like I hated for her to spend the money.

“My mother said, ‘Danni, when I was young, I loved music. But my parents couldn’t afford lessons. They also didn’t feel they were important, so even if they could have afforded them, they wouldn’t. That is not going to happen to my daughter. I want to make sure you have the best opportunities.’”

Danni said that knowing how much her mother was trying to give her made it impossible for her to complain. She still kept up with the violin and played in the orchestra, but she worked hard and soon was doing well on the clarinet. She was just feeling good about that when her mother came home one evening when Danni was sixteen.

“Danni,” her mother said, “I just went to the most beautiful harp concert. It has to be the most amazing instrument in the world.”

“Let me guess,” Danni said. “I start lessons on Tuesday.”

“Not quite,” her mother replied. “The harp won’t be delivered until a week from Friday, so you start the Tuesday after that.”

Danni just nodded, feeling a little put out at not having a say in it. But when the harp came, and she tried it out, she did think it was beautiful. But even more, she knew it had to be expensive. When she asked her mother how much it cost, her mother simply said, “That is not something you need to worry about.”

But one day, Danni was in the store where her mother had purchased the harp, and Danni asked the salesperson who had sold it to her mother how much it had cost. When he told her, Danni gasped. It was more than half of her mother’s wages for a year.

Danni worked hard to master it. Her dad teased her. “You need to do well so you will be good when you go to heaven. However, I understand if you go the other direction, you have to play the bagpipes.” Danni said she laughed because her father played the bagpipes.

Danni got good at the harp, and her parents would come in to listen to her practice. Then her father passed away, and her mother came in alone. It was good time together, even though neither said a word.

“But Mom’s been gone a long time,” Danni told us. “I’ve played for sixty years, and I’m sure it won’t be long until I join her and Dad. And I know just what she’ll say.”

Danni smiled, then said, “She’ll say, ‘I have found the most beautiful instrument here in heaven. You start lessons on Tuesday.’ And I’ll be excited to begin.”

Touching article, as always. Loved the seemingly effortless sacrifice in the name of music, when it certainly had to have been a hardship.