Will you walk away unchanged? | Meridian Magazine 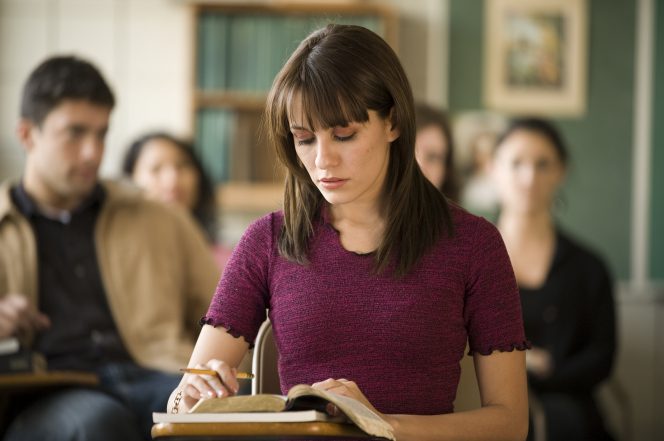 Will you walk away unchanged?

There are those times, as we attend our church meetings, when our hearts are touched and our eyes are opened. Such a time occurred at our sacrament/testimony meeting last Sunday. The counselor in our bishopric, Brother Taz Murray, provided such a moment for all of us. He shared his experience in seeing something he had not seen as he read from the Book of Mormon that week. He said, “It’s as if somebody added a new verse to my scriptures because I did not see it there before.” I think we’ve all had that experience when a scripture grabs us in a new way, even though we’ve read it many times.

Before he gave us the scripture he laid the foundation of the scripture story. It’s when Ammon was teaching King Lamoni for the first time. To summarize, it’s when Lamoni was so filled with the Spirit as Ammon spoke that he fell to the ground. As you will remember, he was raised up, and then it happened again with his wife when she began to realize the power that was with Ammon. Not only she, but many of their servants were so moved by his message that they fell to the earth as though dead.

Then enters the woman servant —“the Lamanitish women, whose name was Abish, she having been converted unto the Lord for many years, on account of a remarkable vision of her father—Abish, who had long ago been taught the gospel by her father” (Alma 19:16). She recognized the hand of the Lord in what was happening to Lamoni, his wife, and servants, and ran to tell the people so they could see and come to know the true gospel.

When the people gathered to witness the sight of their King, his queen, Ammon and the servants, all lying as though dead, they began to reason what had caused this to happen. Some believed Ammon to be sent by the Great Spirit while others believed it was the work of the devil. It saddened Abish to see such contention when it was so clear in her mind. The crowd even witnessed a servant raise his sword to kill Ammon outright, but was instantly struck dead. Ammon had been promised that he would be protected by God and that no one could take his life while serving this mission. This miracle did not dissuade the unbelievers and the contention magnified.

As we read Alma 19: 28 we see the faith and heartfelt desire of Abish for her people to know the truth. “And while they were thus contending, the woman servant who had caused the multitude to be gathered together came, and when she saw the contention which was among the multitude she was exceedingly sorrowful, even unto tears.

29 And it came to pass that she went and took the queen by the hand, that perhaps she might raise her from the ground; and as soon as she touched her hand she arose and stood upon her feet, and cried with a loud voice, saying: O blessed Jesus, who has saved me from an awful hell! O blessed God, have mercy on this people!

30 And when she had said this, she clasped her hands, being filled with joy, speaking many words which were not understood; and when she had done this, she took the king, Lamoni, by the hand, and behold he arose and stood upon his feet.

31 And he, immediately, seeing the contention among his people, went forth and began to rebuke them, and to teach them the words which he had heard from the mouth of Ammon; and as many as heard his words believed, and were converted unto the Lord.

And now to the point Brother Murray was making, verse 32, “But there were many among them who would not hear his words; therefore they went their way.”

As tears flowed down Brother Murray’s cheeks he said he wondered at the many times he may have heard messages of inspiration and did nothing about it but to go home and “go his way,” being unchanged. He expressed a desire to be like the believers and have “no more desire to do evil (Alma 19:33).”

It was a powerful message from a servant of the Lord to our ward that day. Will we listen, and then just go home unchanged, doing what we’ve always done? Or will we learn and make changes in our lives that will bless us eternally?

It makes us wonder how many times the Savior experienced the lack of conversion from the people he taught, those who witnessed the miracles he performed. John tells us of one such experience when the Lord was approached by the multitude, those who had been the recipients of the miracle of the loaves and the fishes. It seems they were not so much after the “bread of life,” which only he could give, but rather just after the bread.

He said to them, “the words that I speak unto you, they are spirit, and they are life. But here are some of you that believe not. For Jesus knew from the beginning who they were that believed not, and who should betray him. And he said, Therefore said I unto you, that no man can come unto me, except it were given unto him of my Father.”

Here’s the sad part. “From that time many of his disciples went back, and walked no more with him. Then said Jesus unto the twelve, Will ye also go away?”

“Then Simon Peter answered him, Lord, to whom shall we go? thou hast the words of eternal life. And we believe and are sure that thou art that Christ, the Son of the living God”  (John 6:63-69).

We have another chance

Soon it will be time for another General Conference. We will have the chance to hear servants of the Lord— apostles and prophets— proclaim His word and teach us what we need to do to gain eternal life. Will we listen? Will we really hear what is being said? Will it change our lives for the better, or will we go our own way doing what we’ve always done?

These questions cannot help but lead us to ponder how these talks will impact our families. That’s what this life is all about. The Family Proclamation declares, “that the family is central to the Creator’s plan for the eternal destiny of His children.” During every conference it seems there are messages given to help strengthen our marriages and families.

The concern of the brethren seems to be magnified regarding what is happening to families in the Church. Too many families are being broken. Too many children cry in the night when divorce shatters their world. As we listen to these coming conference addresses, words of counsel will be given to direct our lives. Living this counsel will strengthen our marriages and secure our families.

At the close of the April 2014 General Conference President Thomas S. Monson said, “May heaven’s blessings be with each of us. May our homes be filled with love and courtesy and with the Spirit of the Lord. May we constantly nourish our testimonies of the gospel, that they will be a protection for us against the buffetings of the adversary. May the Spirit we have felt during these past two days be and abide with us as we go about those things which occupy us each day, and may we ever be found doing the work of the Lord.”

To download the complete book Wake-Up Call: What Every Wife Needs to Know, for only 99 cents, click here.