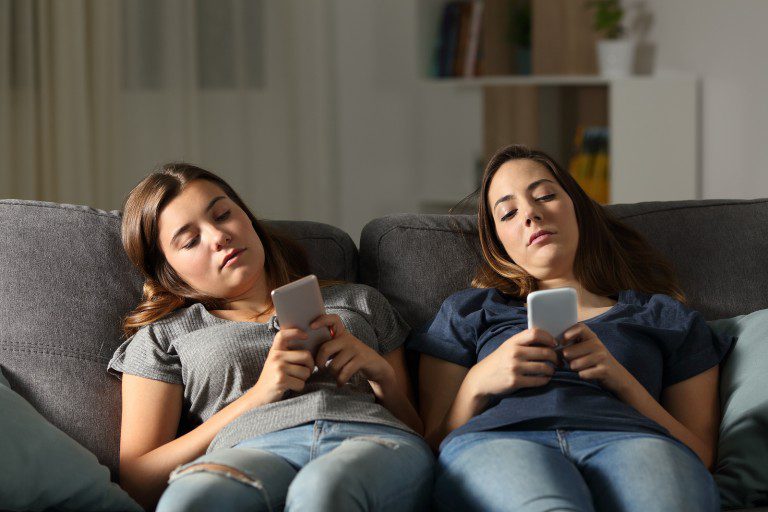 I love Conference weekend. I love the surge of the Spirit that I feel as I listen to messages from apostles and prophets and I love the optimism that suddenly colors my view of the future. I always come away excited to meet the better version of myself that is forthcoming.

Unfortunately, often that initial optimism begins to fade as Conference gets farther and farther behind me on the calendar. Unless I have made specific goals or an action plan, I am liable to find myself back in the doldrums of passivity and not quite remembering the specific messages that affected me so much at the time. That is why it is so important to go back and study the Conference addresses again, but it is also why I was thrilled when, in the Women’s Session of this past General Conference, our prophet offered four specific assignments to the women. I thrive on having definite goals and accountability and here, I was suddenly given both.

Among those invitations was an admonition to the women to participate in a 10-day social media fast. It was the challenge I was most thrilled to be given and also the assignment that has—in the days that followed—garnered the most criticism from the media and even from some members of the Church.

The criticisms mainly seem to be in the vein of saying that, with the imminent approach of the midterm election, asking the women of the Church to stay off social media is tantamount to asking them to stay out of politics.

Firstly, this is a bit melodramatic considering that it’s only a 10-day fast and if you started the day after Conference, then you’d be done with almost two weeks still left before Utah’s voter registration deadline and another week left after that before the actual election; plenty of time to be actively involved in the political process. Not to mention that, in terms of it being targeted at women; the youth were given a similar challenge in June and the men will likely be next.

Secondly, melodrama is precisely why I dearly hope that social media is not everyone’s primary source of political information and involvement. The weight of the political environment on social media felt like it was suffocating me in the weeks leading up to Conference. I found myself ranting over my morning oatmeal about the expressed opinions of people on my newsfeed that I haven’t actually spoken with in years.

If civil discourse still exists, social media is certainly not where you find it. Politics on social media is a game of reduction. People have to reduce a complicated political situation to a single line to make it work as a meme. They have to make leaps and embrace logical fallacies in order to make something quippy or catchy enough to be shared and re-shared. They have to make strong, sometimes shocking statements, “if you support this, then you hate these people,” in order to make their post stand out in a noisy, crowded, scrolling, endless marketplace.

And the worst part of it is that if you happen to be someone who disagrees with the posted placard of a random high school acquaintance or even a once-dear college friend, you likely don’t feel comfortable offering an alternative opinion. Statements that strong don’t really leave room for discussion and so you quietly fume, but say nothing and the comment thread underneath fills up with the only people who feel comfortable commenting, those who agree. “Couldn’t have said it better myself.” “This is so true, girl.” “You’re totally right, it makes me sick.”

The result is an echo chamber of support for an incomplete or unreasonable thought. And the quiet ones that disagreed and didn’t comment move back onto their side of the spectrum to feel safe again and that person that posted thinks they are right because no one opposed them and everyone digs in their heels on their contrasting feelings and extreme opinions take the day.

Social media is not the place where positive political interactions take place nor does it ultimately produce truly well informed, responsible citizens. It certainly wasn’t making me one. It’s a place where shock value gets the viewership and no one posts their opinion in the hopes of hearing what someone with a totally different opinion has to offer. People don’t go to Facebook anxious to engage in a meaningful discussion that might make a current political enemy into a better-understood political friend.

Ultimately, I think my engagement is politics is coming from a much more clear-headed space for having participated in this social media fast. I’m beginning to hear my own gut again, now that there isn’t such an angry cacophony on my phone or in my head. I blocked Facebook on my phone’s Internet and I may not unblock it again because it has made me feel so much better. I’ve been trying to significantly cut down on my social media usage for years and this is the best I’ve ever done. I’ve read three books since Conference and worked on learning Spanish every day of the fast. Who would I be if the scrolling and scrolling didn’t suck so much of my life away?

I’m not one to argue that social media has absolutely no merit, and frankly neither is the Church. President Nelson didn’t ask us to give up social media forever. He asked us to engage in a fast, a very brief one, but long enough to know what it feels like to be away from something that might not be a totally positive influence in our lives. It isn’t about politics or the timing of the mid-term election. Conference has been held in October since 1838 and giving specific challenges to those that watch is nothing new.

For me, being given this prophetic assignment came at the time when my frustration with social media and my counterintuitive inability to pull myself away had hit a peak. It was draining my emotional energy, not to mention dulling my vision for my own future (or my faith in humanity in general—how’s that for melodramatic?). I’d set all kind of limits on it for myself, and none of them worked until the limit came from someone else. I could be accountable to someone. He gave me a gift.

Recently, I came upon a comedy sketch from Saturday Night Live called, “What Have You Become?” The sketch was a game show featuring Christoph Waltz as a game show host who, after giving the average-Joe contestants a chance to tell a little bit about themselves, cheerfully looks down at his note cards before soberly asking each the question, “what have you become?”

Each has a harrowing realization as they ponder the answer to that existential question. Suddenly, the silly facts that they used to introduce themselves moments before become incriminating details of lives half-lived. As one describes how pathetic his life has become, the buzzer sounds and the host says, “I’m sorry Patrick, we can’t accept that…and neither should you.”

In the second round of the game, the same question is asked again, only this time not by the host, but by the oldest living relative of each contestant. One player hears his grandpa ask, “what have you become?” and begins to get teary as he realizes, “Grampy, you fought in two wars. Yesterday, I fought a parking ticket…and I lost! What have I become?”

I found the sketch hilarious and a little fascinating as it rode a very fine line between funny and a little too close to home. So close to home in fact that one of the YouTube commenters on it said, “What have I become? Spending hours in front of this machine, watching videos that make me laugh just so I don’t have to think about what I’ve become? Distractions, distractions, I crave to be distracted from my own life, or should I say, lack of it. I could have applied myself more, I should have! I don’t have anything. I’m nothing. I’m nothing. What Have I become?”

The comment had 690 likes and more than a few “Too real, bro”-type replies. I think that commenter, though he was writing in the style of the sketch and probably being a little facetious, hit on something that rings true with a lot of people. We spend our lives quietly dreaming of being better and achieving more and the discomfort of that disconnect between who we are and who we could be can only be assuaged by improvement or numbed by distraction.

And now we live in the era of intense and relentless distraction. Because it’s so much easier and requires so much less of us, we give in to it. We may distract ourselves right to death and wonder what we did with our mortal experience.

For several years, the Church has been evolving its programs to invite us each to a higher and holier way of the living the Gospel. This Conference brought one of the more major changes toward that end, as three-hour Church will be exchanged with a “home-centered, Church-supported” format that involves fewer hours in the chapel but more responsibility for the saints. It is no surprise that the prophet would ask a social media fast of the sisters in the very same meeting where President Eyring called faithful sisters, “a primary force to help the Lord pour out knowledge on His Saints,” in this new approach to Gospel teaching. He brought in a line from The Family: A Proclamation to the World saying that, “Mothers are primarily responsible for the nurture of their children,” and that ‘nurture’ in this context included spiritual nourishment and instruction.

He went on, addressing the sisters, “You will each find ways to contribute to the outpouring of truth upon your families in the Lord’s restored Church. Each of you will pray, study, and ponder to know what your unique contribution will be. But this I know: each of you, equally yoked with sons of God, will be a major part of a miracle of gospel learning and living that will hasten the gathering of Israel and will prepare God’s family for the glorious return of the Lord Jesus Christ.”

Critics of the Church are crying out that a 10-day social media fast (which is a mere blip on a calendar) is a calculated move to take away the political influence of women, but their voices are just one more distraction from the truth that all of this is meant to be a preparation for women to take on an even greater position of influence.

How can we be conduits of heavenly knowledge if we are routinely subjecting ourselves to a deafening hum of competing voices with often very unimportant or ill-supported things to say? Social media is not our way to step up and be powerful in our influence, a heart sensitive to the whisperings of the Spirit is.

We are being prepared for something much greater, if we will accept the invitation.

Thank you. I'm a caregiver for a parent and do not have much time for FB. But I have friends who spend a lot of time 'connecting'. Our prophet has helped us to clear our heads a little, and strive to find the most important things to do, in our own lives. As a 12 Step Group Leader, and dealing with not only the weaknesses of others, but my own "mortality", there is so much we need to do to stay on the path. Thank you for helping us make our reality checks, and daily accountability.

Another great article! I don't like to pass up a chance to read any of your articles because I really enjoy your writing. You have a wonderful way of expressing yourself.