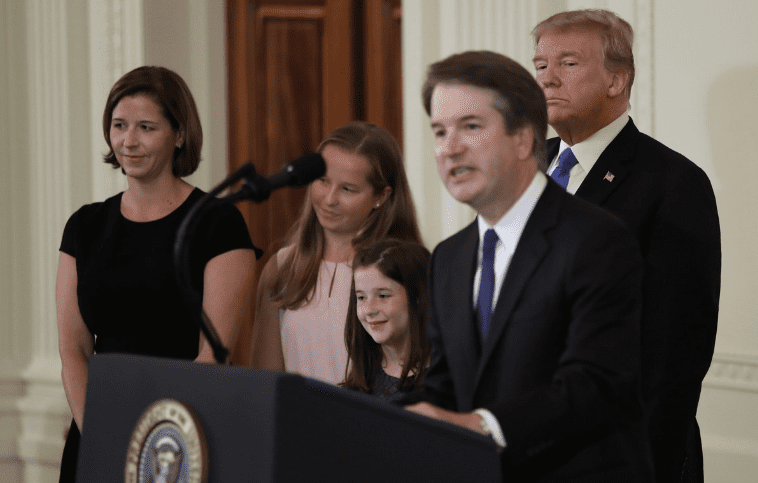 Thanks to former Democratic Majority Leader Sen. Harry Reid and current Majority Leader Sen. Mitch McConnell, Judge Kavanaugh or another jurist who shares his conservative views will receive the 51 votes necessary to be confirmed to serve on the Supreme Court, providing a critical fifth conservative vote. Reid invoked the so-called nuclear option, permitting the Senate to confirm presidential appointments, including federal judges, with a simple majority vote. McConnell extended the nuclear option to include Supreme Court nominees.

On many issues that reflect the great cultural and political divide in 21st century America, including abortion, the Supreme Court has often split 5-4, making a fifth conservative vote a cause for rejoicing on the part of conservatives who believe that the addition of a fifth justice will result in the overruling of Roe v. Wade, a 1973 Supreme Court decision legalizing abortion of unborn children. The progressive left, on the other hand, is apoplectic at the thought of the addition of a fifth conservative justice and the possible overruling of Roe v. Wade, which has protected a woman’s right to choose abortion for a generation.

Appointment of a conservative to the court does not necessarily translate into the overruling of Roe, however, because justices take precedent very seriously. They see precedent as the bulwark of the rule of law. If a court may overrule a long line of precedent, all precedent is placed in jeopardy, making the court little more than another political body. Roe’s central decision has been repeatedly affirmed for more than a generation.

Before this justice is confirmed there is no reason for conservatives to get apoplectic about overturning Roe. According to the CDC, CDC.gov states from 2005 to 2014, the number, rate, and ratio of reported abortions decreased 21%, 22%, and 22%, respectively. In 2014, all three measures reached their lowest level for the entire period of analysis (2005—2014). Roe vs Wade doesn’t need to be reversed. Women have figured out life is more important than death.