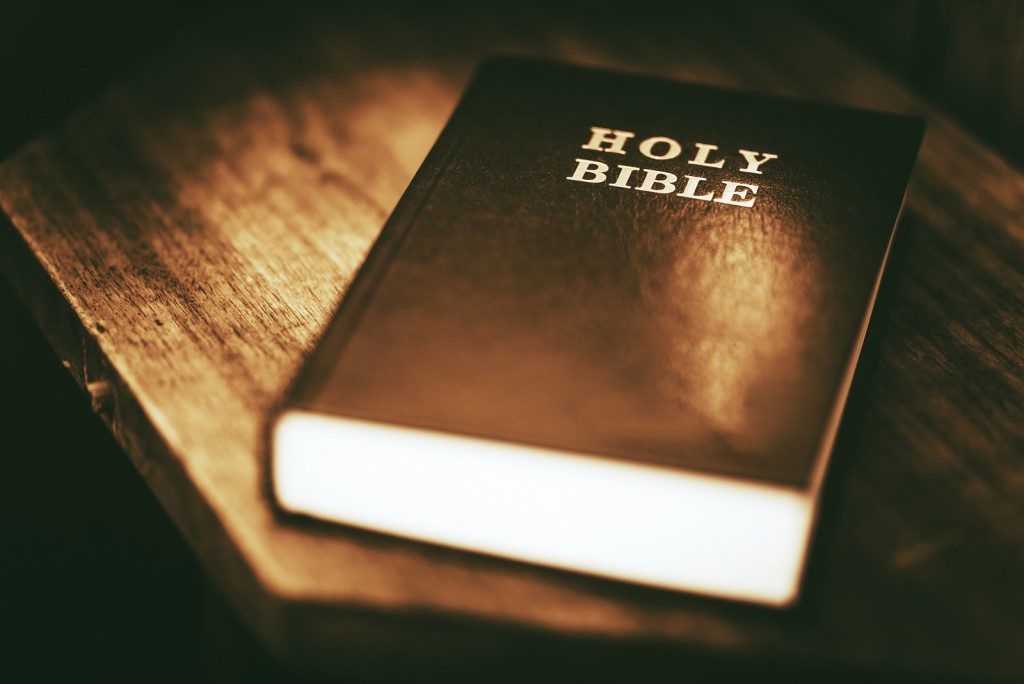 Why Most Christians Believe the Bible…as far as it is translated correctly!

Bible believers are famous for their narrow views – “my interpretation of the Bible is right and you’re wrong and so you are not a Christian.”  But one thing they all seem to agree on is that the Bible is the Word of God as far as it is translated correctly.

Mormons quote Joseph Smith in the Wentworth Letter that, “We believe the Bible to be the word of God as far as it is translated correctly.”

Why this is objectionable to other Bible believers is beyond me. The self-proclaimed protectors of the Bible think this demeans the Bible. But hold on. Mormons love the Bible despite translation problems so let’s examine that Mormon idea and see if Mormons are unique in this belief.

While Jesus was hanging upon the cross a thief hanging next to him pled for divine recognition, to which Christ replied in the King James authorized translation of Luke 23:43, “Verily I say unto thee, Today shalt thou be with me in paradise.”

Christ seemed to be saying that the thief would be with Jesus in a place called paradise this very day after their deaths.

But, what seems like a clear statement is controversial to some religions that don’t believe in an after‑life paradise where souls go after death to await the judgments. Those religions point to a different translation of that verse that reads, “Verily I say unto thee today, Thou shalt be with me in paradise.” (Italics added.)  That translation allows some religion to say that only after the final judgment will people be in paradise; that there is nothing in between; no purgatory or spirit prison. Nothing.

But what this really shows is that a translation from Greek and other languages is subject to some ambiguities or differences of subtle opinion in how the translation should be. Or, stated rather obviously, they believe in their own translation. They claim the other translations are wrong.

Just as with the people who reject the translation of Christ’s word by the translators of King James, BOTH those who accept and reject the gender neutral version believe the Bible to be the word of God as far as it is translated correctly. Whoops!

So all of the above religions, and scholars believe the Bible is true provided the compilers were correct in which books/scrolls they included in The Book.

Which leads to another minor matter. Translating the sacred book’s popular title, “The Bible,” into “The Book” is either a renaming of the Bible, or a mistranslation, for “Bible” means “books!” So a correct translation should be The Books. Picky, picky; so much so that the great Catholic scholar Thomas Acquinas who wrote Summa Theologica, (where he discusses how many angels could dance on the head of a pin) must be smiling at my pickiness.

Since virtually every Christian and Jew only believe the Old and or New Testaments to be the word of God as far as they are translated correctly, why are the Mormons singled out as the only ones who believe this concept? I think I know.

Simply put, they said the Bible is true where translated correctly first and don’t like Joseph Smith getting the credit. Joseph Smith’s declaration was not derogatory to the holy writ, but realistic and prophetic, for he knew that the Bible had not only undergone attempts by clerics to translate the Bible to fit their agenda, but that in the future – yes, Joseph was a Seer – Oxford and others would continue to retranslate, so he was warning us. The Mormons simply refuse to allow the multitude of translators to hem them into their agenda.

But to all of that – so what?  It is a minor point and one every Christian should be able to agree upon.

More importantly, reading ANY translation of the Bible and then following it religiously, judiciously and adamantly would take a huge bite out of crime, poverty, intolerance and it would mean we would have to start loving our neighbors as our selves – although I’m not sure our neighbors could stand that much affection.

Dear Lynn Johnson, Take a look at the New World Translation prepared by the Jehovah's Witness. Luke 23:43 And he said to him: “Truly I tell you today, you will be with me in Paradise.”+