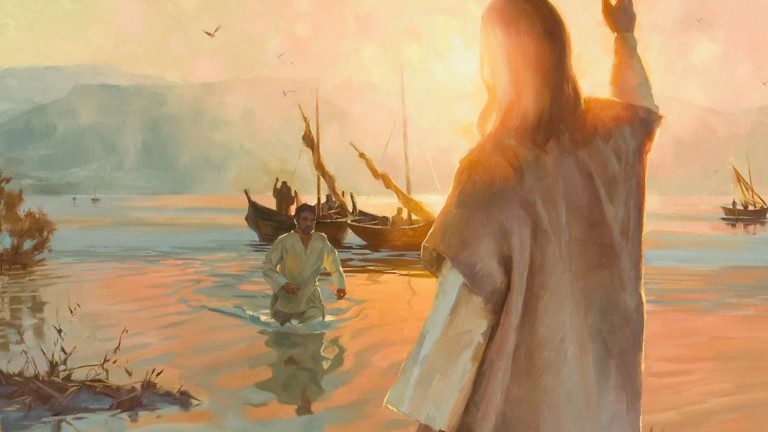 Why Mormons Have Additional Reasons to Celebrate Easter

At Easter, Christians all over the world celebrate the resurrection of Jesus Christ. Christ’s resurrection, or triumph over death, is central to the claims of all Christianity. By conquering death in glorious immortality, Easter gives all of us the hope of eternal life through our Savior Jesus Christ.

Although all true Christians believe in Christ’s resurrection based on the witnesses of the Bible, members of The Church of Jesus Christ of Latter-day Saints (or “Mormons”) have additional reasons to believe in the reality of Christ’s resurrection. These additional witnesses are based on revelations of Jesus Christ that have happened since Bible times, and they confirm and expand our understanding of that great Easter miracle.

More and Modern Witnesses of Christ

Several years ago, my family and I were eating at a local restaurant. While we were waiting for our food, I noticed a popular magazine with an image of Jesus Christ on the cover and an article about Easter. I was interested in what this worldly magazine had to say about the message of Christ, so I began to skim through it. Overall I felt the author covered it well, reviewing Christ’s appearances to Mary Magdalene and the original Apostles, but I was especially impressed by one of the concluding points. The author stated that the Easter message of Christ’s resurrection gives hope to millions of people throughout the world, but there is one main problem with it. The problem, the author explained, was that the bold claim of Christ’s resurrection rested on witnesses who lived and died almost two thousand years ago. If only there were modern witnesses of Christ who could corroborate and confirm what took place so long ago.

As I read that, I was touched by the author’s insightful observation and sincere concern. But more than that, I was inspired by the fact that we as Latter-day Saints have a unique response to that very concern and a powerful message for the Christian world. In addition to the witnesses found in the Bible, we have more and modern witnesses by which we know and proclaim that Christ lives. These witnesses include Joseph Smith, the Book of Mormon, and living Apostles.

Joseph Smith is the greatest witness of Jesus Christ since the New Testament Apostles. Like Peter, James, John, and the other original Apostles, Joseph Smith had the privilege of seeing and conversing with the resurrected Christ on several occasions. Joseph Smith’s first encounter with the resurrected Christ happened in response to his prayerful search to find the true church of Jesus Christ (JS-H 1:12-20). This visitation of God the Father and Jesus Christ is traditionally called the First Vision and began a series of revelations that restored the fulness of Christ’s gospel and church to the earth. Included in these subsequent revelations were several other visitations from the resurrected Christ, including his appearance to formally accept the newly dedicated Kirtland Temple (D&C 110).

When the Apostle Paul listed the several witnesses who had seen the resurrected Christ in New Testament times, he began with Peter and the original Apostles and concluded the list by adding “And last of all he was seen of me” (1 Cor. 15:5-8). Christ’s visit to Paul on the road to Damascus (Acts 9) was at that time the most recent appearance of the resurrected Christ, making it the “last of all.” Interestingly, after being visited once again by Jesus Christ, the Prophet Joseph Smith testified: “This is the testimony, last of all, which we give of him: That he lives! For we saw him, even on the right hand of God” (D&C 76:22-23). By quoting Paul’s words, “last of all,” Joseph Smith was subtly adding his own name to Paul’s list of witnesses. He was reminding us that Paul was no longer the most recent witness of Jesus Christ. Joseph Smith and his associates also saw the resurrected Christ and were modern witnesses of the Savior.

The Book of Mormon: Another Testament of Jesus Christ

The Book of Mormon, from beginning to end, repeatedly testifies of Jesus Christ and his resurrection. Perhaps the most dramatic of these testimonies however, is the account of the resurrected Christ’s appearance to a large gathering of Nephite disciples in fulfillment of his Biblical prophecy that his “other sheep” would also hear his voice (John 10:16). In the same list mentioned above, Paul refers to an appearance to New Testament disciples where the resurrected Christ “was seen of above five hundred brethren at once” (1 Cor. 15:6). Similarly, Christ appeared to a gathering of disciples in the Americas where 2,500 men, women, and children were invited by Christ to “Arise and come forth [and] … feel the prints of the nails in my hands and in my feet, that ye may know that I am” (3 Nephi 11:14; 3 Nephi 17:25). This they did, “one by one until they had all gone forth … and did know of a surety and did bear record” (3 Nephi 11:15).

This sacred event, recorded in the Book of Mormon, adds thousands of additional witnesses to the Bible accounts of Christ’s resurrection. These can give us additional comfort and confirmation that Christ does live and because he lives, so will all of our loved ones who have passed away. I learned this lesson from a friend who, as a young missionary was seated next to a grieving man who had just lost his brother to death. Searching for something to say to comfort this heartbroken man, this young missionary pulled out a copy of the Book of Mormon and began reading the account of Christ’s visit to the Americas. After reading several key verses from 3 Nephi, he paused and bore a simple but profound testimony that all these things that Christ did in the Book of Mormon he did after he died on a cross. Therefore, this Book of Mormon account is proof that there is life after death. And just as Christ lived after he died so would this man’s brother and all his loved ones. That is the power of the Easter message of Christ’s resurrection and the power of the Book of Mormon in proclaiming it!

We have fifteen modern Apostles who lead The Church of Jesus Christ of Latter-day Saints in the First Presidency and Quorum of the Twelve. Not only are they sustained as prophets, seers, and revelators, but they also serve as “special witnesses of the name of Christ in all the world” (D&C 107:23). To do so, they must share the same witness and testimony as the original Apostles of the New Testament. As President Joseph F. Smith declared, “It must be with them as though they had seen with their eyes and heard with their ears and they know the truth. That is their mission” (Conference Report, April 1916). President Harold B. Lee explained this principle in a story he once told about two missionaries:

“Some years ago two missionaries came to me with what seemed to them to be a very difficult question. A young Methodist minister had laughed at them when they had said that apostles were necessary today in order for the true church to be upon the earth. They said that the minister said, ‘Do you realize that when the apostles met to choose one to fill the vacancy caused by the death of Judas, they said it had to be one who companied with them and had been a witness of all things pertaining to the mission and resurrection of the Lord? How can you say you have apostles, if that be the measure of an apostle?’

“And so these young men said, ‘What shall we answer?’

“I said to them, ‘Go back and ask your minister friend two questions. First, how did the Apostle Paul gain what was necessary to be called an apostle? He didn’t know the Lord, had no personal acquaintance. He hadn’t accompanied the apostles. He hadn’t been a witness of the ministry nor the resurrection of the Lord. How did he gain his testimony sufficient to be an apostle? And the second question you ask him is, How does he know that all who are today apostles have not likewise received that witness?’

Through many different spiritual experiences in a lifetime of service to him, our living Apostles are modern witnesses of the reality and resurrection of Jesus Christ, just as the Apostles of old.

Members of The Church of Jesus Christ of Latter-day Saints (“Mormons”) join with fellow Christians everywhere during this Easter season to celebrate the resurrection of Jesus Christ and the hope he gives us all. Individually and as families, we read the New Testament accounts and remember that empty tomb. But we have additional reasons to believe in Christ’s resurrection, independent of the Bible.

We have the Prophet Joseph Smith’s visions and visitations of Jesus Christ. We have the Book of Mormon and the account it offers of the resurrected Christ’s ministry to the Americas. And we have living Apostles who serve as modern witnesses of the reality and resurrection of Jesus Christ. And so, not only do we share a common Biblical witness with Christians everywhere, we add our own unique and independent and modern witness of the resurrection of Jesus Christ. We proclaim that Christ lives and we know he lives by modern revelation! And we invite Christians everywhere to learn more about what Christ has been doing and revealing since his glorious resurrection recorded in the Bible.

So why didn't you go back to that minister and tell him about the Mormon Experience?

Bob Sisk...your testimony is thrilling! I believe in Jesus Christ! I love how we believe that He is interested and involved in our lives and His church.