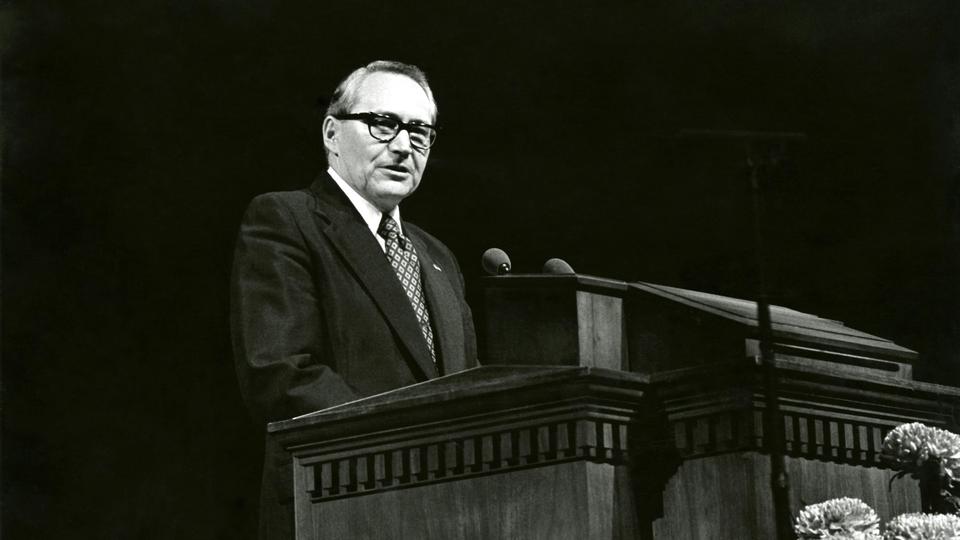 Why I Often Think of Elder L. Tom Perry

To have known L. Tom Perry is to be struck by his presence, which was somehow larger than life in his warmth and caring. For me, this picture was first formed, not when he was called as an apostle, but before that when he was my stake president in Boston while I attended school there.

This is not because I ever sat down with him for an interview or had a one-on-one discussion, but I watched him, particularly as he came into stake conference. Actually I remember being glued on him because he struck me as a phenomenon of nature. Somehow, he reached out to everyone who came to the conference, working his way down the aisle with such love for each person, as if he saw them as they truly were. He noticed all whether awkward or lovely, withdrawn or friendly as if he could see into their souls. He had a handshake and a personal greeting for each–and not just a smile or kind word that was pasted on. Somehow he seemed to scoop up each one and wrap them in metaphorical arms that encompassed and warmed them.

“Who is this person? What is there about him that makes him so special?” I asked myself as he worked his way very slowly down the aisle, loving each person. People felt this love. It was real and palpable.

To this day, I often think of Elder Perry’s magnanimous greetings, remembering how much each person needs to be noticed and how he did it so well. It has been a standard in my mind, an image that has remained with me for how I’d like to be. I walk into church and somehow that memory of Elder Perry walks with me, urging me to be a little kinder.

My husband David was Head of Security when President Ezra Taft Benson and Elder Perry came to Ann Arbor, Michigan for Area Conference. To our surprise and delight, Elder Perry sent David a note of thanks for all he did! We have it tucked away as one of our family treasures.

When I first attended a general conference April 2010. I ask myself what are the chances of shaking the hands of a prophet? Touring the temple square and other historical buildings in downtown salt lake, I prayed that I may be able to shake the hands of a prophet.On the way to Brigham Young Mansion, coming down from the Administration Building, greeting me with a warm voice "it's a beautiful day today" and reaching handshake.Simply replying, Yes Elder..Then I remember it's Elder L Tom Perry, my prayer was answered, apostles are prophets..