Who is the Seventh-day Adventist Whose Paintings Are All Over Mormon Churches? | Meridian Magazine 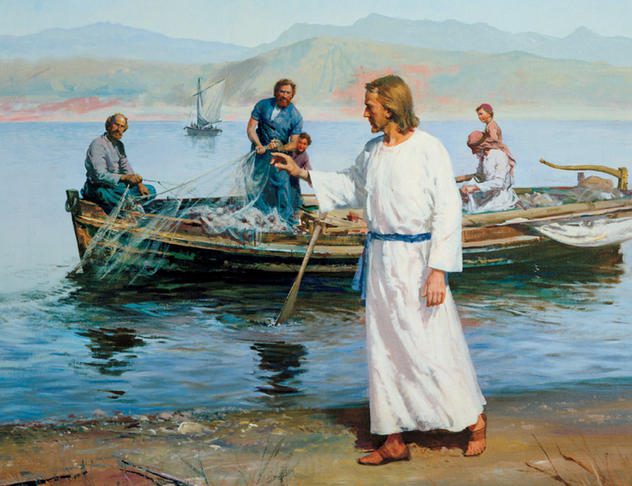 Who is the Seventh-day Adventist Whose Paintings Are All Over Mormon Churches?

The Church History Museum of The Church of Jesus Christ of Latter-day Saints opened an exhibit last September dedicated to Harry Anderson, a famous painter of biblical subjects whose works have become especially popular in Mormon circles.

More than 25 of Anderson’s paint studies — or early drafts made in preparation for creating a slew of paintings from the 1960s to the 1970s — are tucked inside the newly-renovated museum, where tourists, passersby and locals can all gaze upon some of the church’s most recognizable artwork.

So who was he? More than just a popular painter with a massive Mormon following, the Chicago-born, would-be mathematician was a Seventh-day Adventist who serendipitously became an artist who sought the help of God and heaven’s healing for health problems that plagued his adult life and career. And despite some differences with Mormon doctrine, Anderson illustrated hundreds of paintings for the LDS Church. His work is now known around the world.

Anderson had an impact on the LDS Church

As a freelance illustrator, Anderson, who died in 1996, designed hundreds of paintings for the Seventh-day Adventist Church. In 1962, he was commissioned by the LDS Church to create illustrations for the Mormon Pavilion at the New York World’s Fair in 1964 and to paint more biblical scenes, most of which were hung, and can still be seen in the North Visitors Center at Temple Square. They’ve been included in LDS publications for more than 50 years, and are shared in meetinghouses and temple visitors centers all across the nation.

I have always admired Harry Anderson and wondered how he could paint his pictures so realistically and show a story in each of them. When I was a child and when grown, I was impressed with the one where Jesus is knocking on the United Nations building and how tall he is up to the building. The children sitting on his lap and standing around him while he taught them the things of God is another favorite.

I'm so glad he painted for the Church. I love the bright colors and the happiness of the paintings!