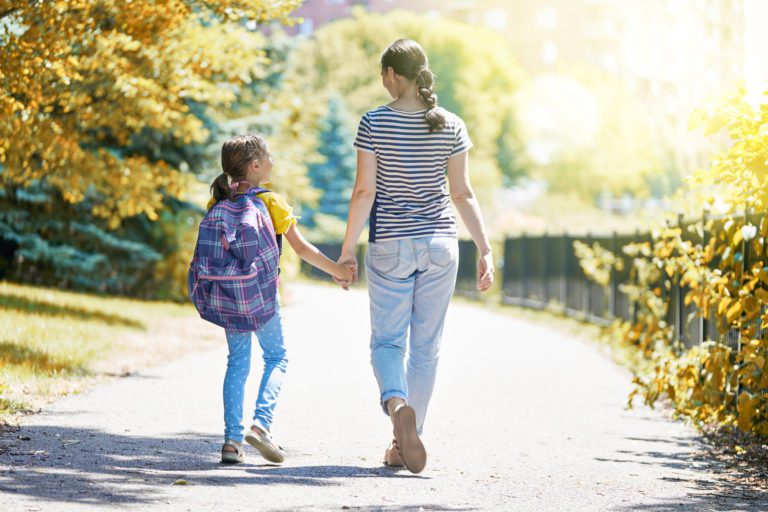 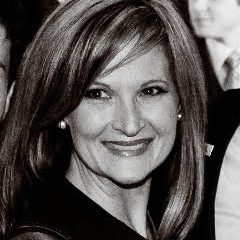 New crayons and crisp apples are the symbols of September for me.  It’s the season of new backpacks, new classrooms, new shoes. Fall is to a year what an evening is to a day; it’s the season of returning home, the season of reorientation, the meaningful interim between the long, sundrenched days of summer and the contrasting stillness of winter’s rest.

It was 13 years ago this September when I walked my youngest child, Eliza, into her Kindergarten classroom in Vienna, Virginia.  We had just moved across the country, and the kids were excited and apprehensive about starting class in a new school.  Eliza was thrilled to be old enough to be going to the same school as her older twin brothers. They were apprehensive about making new friends.  It was the only year when all three of my children would attend school in the same building.  As new routines took shape, James and John wandered from the 6th grade hall to the Kindergarten door every afternoon to pick up their younger sister.

Together they would talk about their day while heading to the parking lot to meet me waiting in the car.  I will always remember the sight of that cluster of three; it was a small thing to any onlooker, but to me, it was the entire world. That was the year, along with learning geography and history, ABC’s and 123’s, my children learned to rely on one another. It was the year when the newness of being in Kindergarten was equally shared with the well-worn routine of being in 6th grade.  Two 11-year-old boys and one energetic 5-year-old girl forged a sense of belonging in a way that went beyond merely having the same last name.

They learned empathy and self-reliance.  They learned to support and love one another.  They looked forward to forgetting about oneself, being at ease caring for their siblings.  They laughed together and worked out their worries because they could rely on each other. The time spent at Marshall Road Elementary solidified the fact that fall is a season of growing up.

Some view January as the time of year for setting new goals.  With the end of the carefree days of summer and the beginning of new routines, for me, fall has naturally become a time for planning ahead.  This year, my once little kindergartener decided against my better judgement, that it was perfectly alright to graduate from high school and leave home for college after getting her first “real” job over the summer.

With all of my kids out of the house, this fall feels distinctly different.  Three o’clock in the afternoon doesn’t carry the same magic that it once did.  The door doesn’t spontaneously burst open with the exaggerated exhale of dropped backpacks and shared burdens.  The automatic, “Hi Mom!” doesn’t echo through the house, usually said while in search of a snack.  For most of my life, school days were always automatically divided into the “before school” and “after school” allotments of time. This fall, I’m realizing that life can be divided in much the same way.  With the arrival of autumn this year, I usher in the “after school” season of my life.

We all have to move up a grade.

I learned a few things the year Eliza started kindergarten.  One afternoon, Eliza’s teacher made her way to the car a few minutes before my three children arrived.  I rolled down the window.  Mrs. Hudner was a seasoned kindergarten teacher. She had been teaching 5-year-olds for nearly 25 years.  When she said, “Something happened today with Eliza that I have never seen in all of my years of teaching, I thought you should know about it,” she definitely had my attention. I was not sure what to expect.

“The children were seated at their tables when I began to pass out simple math worksheets to the class.  When I handed the worksheet to Eliza, she looked at me intently and said politely, ‘No thank-you,’ and handed the worksheet back.  What most kindergartners don’t really comprehend, but somehow Eliza instinctively realized… I can’t make her do anything. I encouraged her to try, and handed the sheet of problems back to her.  She repeated, ‘No thank you,’ and placed the paper on top of my pile in my hands. I then left the sheet of paper right next to her and began to move to the next table.  Eliza said sweetly, ‘Thank you, Mrs. Hudner, but this isn’t my paper.  It’s still yours,’ while handing it back to me a second time.”

“The interesting thing about Eliza,” Mrs. Hudner continued, “regardless of what the other children were asked to do, she was right. It was my paper. All of the papers are my papers. They become the students’ worksheets once they write their name on them.”

“Oh, aside from her independent thinking, you’ll be happy to know, she has very good manners.  Until today, I thought I had seen it all.” She then smiled and said good-bye, as I thanked Eliza’s teacher for sharing the story, I honestly didn’t know what to do with it.

While I waited for Eliza to come to the car, I thought about my 5-year old daughter and the paper with the problems the teacher handed out to the class.  How many times have I been handed a set of problems that I simply wanted to hand back while saying, “No thank you?”

When I was handed a worksheet full of health challenges, I too wanted to say, “No, thank you.” When I was given bad news or when I was faced with uncertainty; when my husband’s dad was fighting cancer, or when I saw the ravages of addiction rage through my own family, how desperately did I want to say, “These problems aren’t mine.  This assignment doesn’t have my name on it?”  When faced with the challenges of a parent with Alzheimer’s, when my brother was killed in a horrific accident, when the person I love most in the world is barraged with relentless criticism; when I have a lack of clarity; more than anything, I too, want to hand the problems back to my teacher and simply say, “No thank you.”  How often do we wish we could politely say, “Not mine. Not today. Not for me. These problems are for everyone else?”

How was I supposed to explain to Eliza that it’s a good idea to work on the problems the teacher hands out to her? I instinctively knew that to be true.  But I felt somewhat insincere in my reasoning.  I kept thinking of what her teacher said to me.  “I can’t make her do anything.”  It framed the concept of free agency so profoundly.

We don’t attend school to stay in kindergarten.

We all have to move up a grade.

When Eliza got into the car, I looked at her sweet face framed by long brown pony tails and I thought about the innocence of age.  Life was easy at 5. At the same time, her feelings about the worksheet were real.  I understood how she felt.  Mortality is a tough sell.

I learned something from the kindergarten teacher that day in the parking lot as I thought about being an inexperienced student in the plan of salvation. We aren’t here to stay in one subject or in one classroom for very long.  There are a lot of worksheets with problems that at first glance, don’t seem to add up, assignments that we are asked to turn over, write in our name, and make our own.  We are handed the worksheets of higher things, by a loving and all-knowing Father in Heaven, because we have a degree of glory to obtain.  We have the privilege of doing the work of exaltation, grade by grade, year by year, line upon line and precept on precept, until the last and beautiful day.

We are all in this together as we form the relationships forged out of shared experiences: she and her brothers, their dad and me, two plus two more, plus one, makes “we.”  I knew something certain about the little lady who handed back the paper sitting in the back seat of the car.  She would learn so much, she could hardly comprehend it.  She would grow, I could see it.  She will pass test after test and get high scores and write her name on hundreds of assignments and work out problem after problem, and turn her papers in with confidence.  Lesson by lesson, season by season, she would grow up. I wanted to hold onto the innocence of kindergarten for just a little while longer.  I didn’t mention the conversation with her teacher in the parking lot.  I thought about it then, and I still think about it now.  What seems like a foreboding challenge today, will be the things of kindergarten tomorrow.

Eliza is starting her freshman year of college.  I miss the little girl in the ponytails. I see the changing fall colors with a new empathy for the branches of the trees, structures often noticed less when the leaves are showing off in a parade of red, orange, yellow, plum, sienna and gold.  It’s the task of branches to hold onto the leaves for as long as they possibly can so they can soak up the enriching light of the summer sun.  I want to be the roots that run deep and anchor my small garden of growing trees.  But perhaps I have felt more like a branch much of the time, reaching out, while still holding on.  I am keenly aware, as the leaves begin to change this season, it’s when trees are in a state of transition that they show their most vibrant colors. Then they must let go.

As we battle the inevitable passing of time and as we transition from one grade to the next, may we grow in knowledge and through obedience. As we write our names on the work of the day, let us also offer up our sacrifices as we keep our temple covenants.  May we look to the autumn trees and conscientiously live more beautifully and love more vibrantly because we are all in a state of transition.

We are spiritual beings in a mortal classroom.

As we see children huddle at the bus stop, as we breathe in the crisp autumn air, as the days grow shorter, let us remember the promise of the resurrection. As we kneel in prayer, may we be mindful of the divine equalizer in the equations of eternity, our Savior Jesus Christ. As we face the burdens of mortality, may we feel the divinely appointed peace that comes from the eternal knowledge of the Plan of Happiness.

May we grow in worthiness, may we be taught by the divine instruction of the Holy Ghost, may we be ever-anchored in faith, and changed by the everlasting atonement of the Son of God. May we be seated at the Master’s table as we partake of His abundant and holy offering, life eternal and joy without end.  May we be filled with the saving power of lessons well learned and the inner strength gleaned from trials met with grace.

Because we are all here to move up a grade.

No comments could equal the sentiments written in what I have just read.