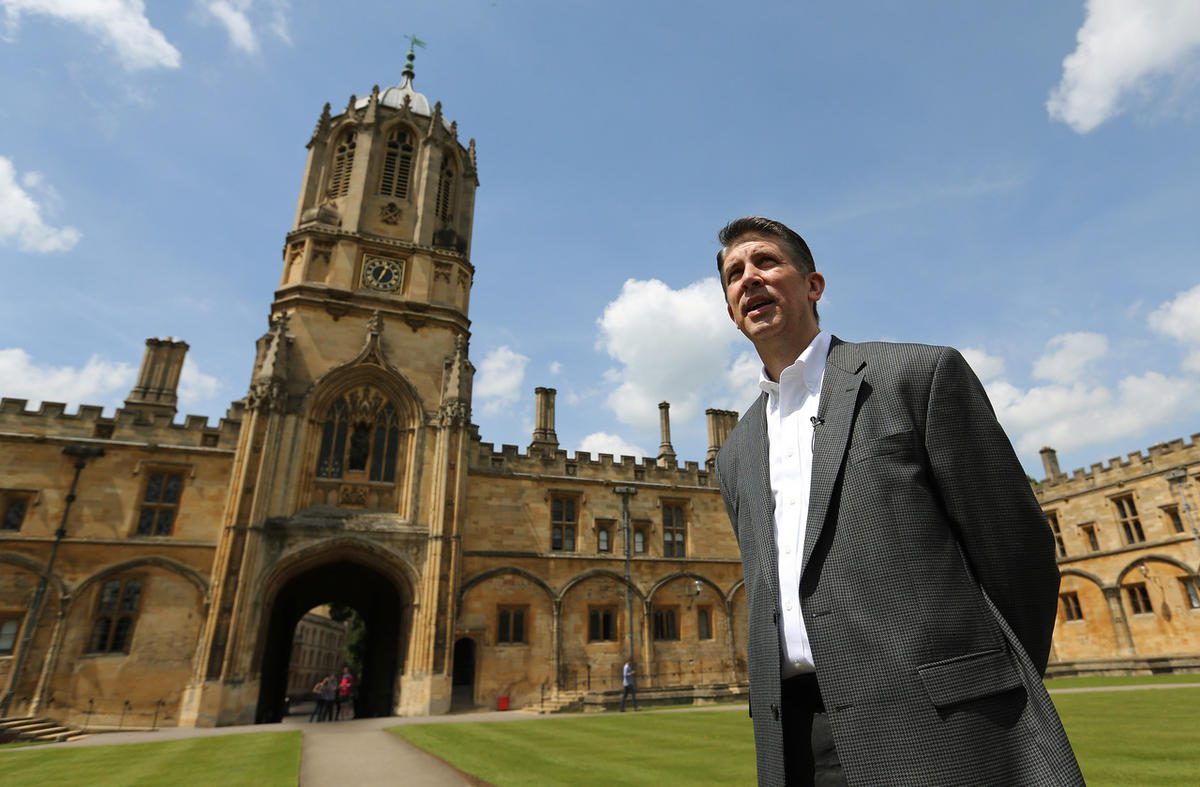 The following is excerpted from an article published in the Deseret News. To read the full article, click here.

Matt Holland is now in London, where he will spend the final month of his sabbatical. He spent May and June in Oxford. He has found himself surprisingly popular in both places because he is the president of the rare American university that offers robust vocational education alongside liberal arts.

Why does that matter? Holland’s visit to England is timely. Brexit created widespread worry that more than 2 million skilled laborers from other European Union countries might leave the United Kingdom, opening a massive vocational skills gap in the workforce. The concern starts at the top. In January, Prime Minister Theresa May issued an industrial white paper calling for a major overhaul of vocational education in the country.

“There’s a real spirit of reform in the air right now,” Holland said. “I’m unexpectedly impressed with the intense interest in the UVU dual model. I thought in Oxford I’d hear, ‘Why would you taint your university with this vocational education?’ Instead, I’ve been seated at high table for dinner a few nights.”

On Monday, he’ll be seated in the House of Lords in Parliament for a panel discussion on current international challenges to educational reform. Baroness Nicholson of Winterbourne is co-sponsoring the event by the All-Party Parliamentary Group for Foreign Affairs. Holland’s father, Elder Jeffrey R. Holland of the LDS Church’s Quorum of the Twelve Apostles spoke to the same group two years ago.

Holland can draw on his own dual identity as a man descended from Irish coal miners and an academic with advanced degrees from Duke and a past fellowship at Princeton.

Other members of the panel will include the president of the University of Sheffield, which boasts an Advanced Manufacturing Research Center; an education expert for the Church of England; and the author of a book on the populist revolt.

“Politically, educationally and culturally there’s this interest,” Holland said. “There’s an interesting thesis out there right now that some of the divide over Brexit is like the divide in the United States over President Trump. A blue-collar trade-and-technical crowd versus the white-collar crowd. The problem is that we are educating them in such different ways. The power of the UVU model is we’ve got the trade and technical people taking an English class with students on their way to four-year degrees.”