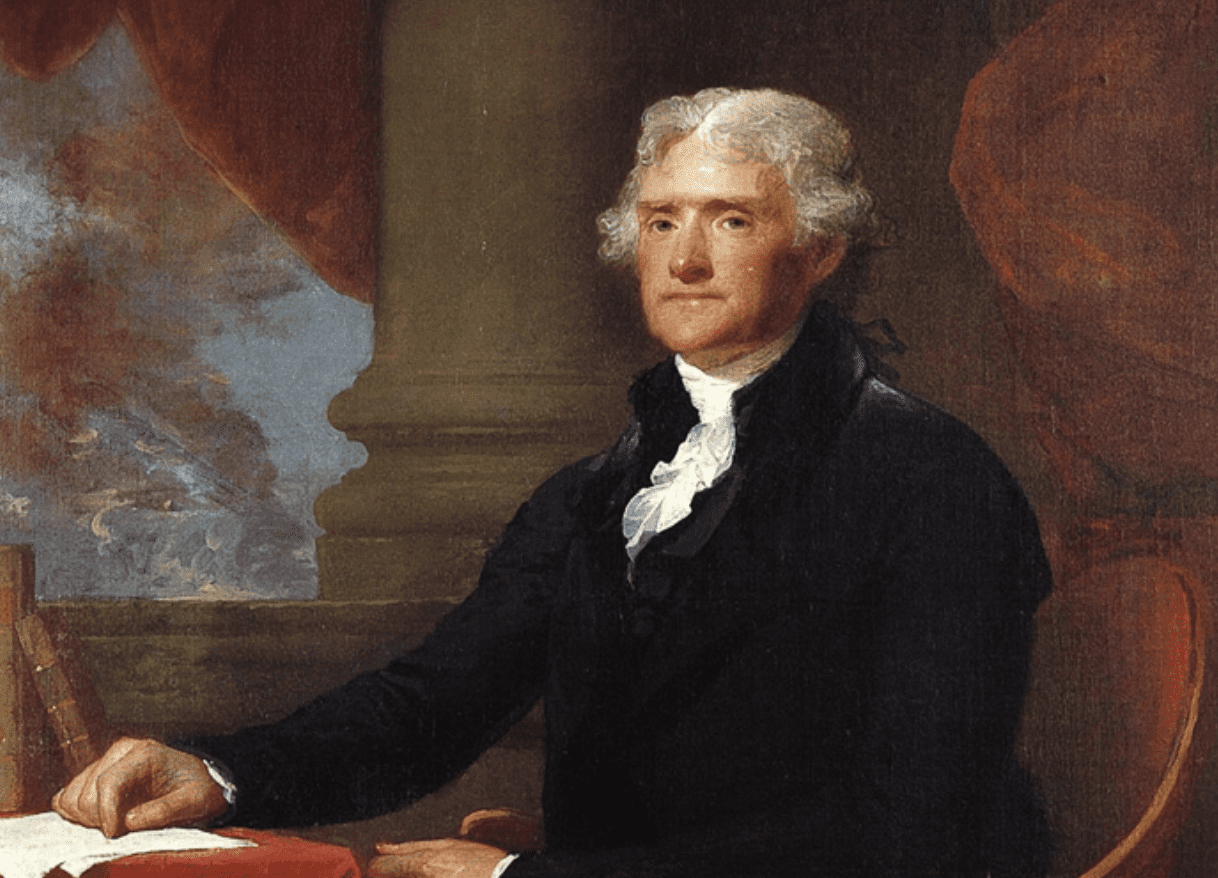 Many years ago I was impressed by an article summarizing testimonies of various Prophets about the Prophet Joseph Smith as a restorer of truth (see “Joseph Smith: Restorer of Truth,” Ensign, Dec. 2003). The cause that Joseph Smith was called to proclaim was not something he made up, nor imagined, nor contrived. He did not manufacture the Restored Gospel by cobbling a few fragmented ideas from the doctrinal debris leftover and scattered about following the great apostasy. “All that Joseph Smith did,” President Brigham Young taught, “was to preach the truth–the gospel as the Lord revealed it to him” (Deseret News, 10 Aug. 1864, 859). The Prophet Joseph was “the revealer of the knowledge of Christ and of salvation to the world for this day and generation” (President Joseph Fielding Smith, The Life of Joseph Fielding Smith, 1972, 364).

And these restored truths did not originate with Joseph Smith’s First Vision. They have been taught by prophets since the days of Adam and Eve. Regarding this point, President Harold B. Lee once taught religious educators,

“A short while ago I came across an interesting statement from Napoleon [who declared]: ‘I would believe in a religion if it existed ever since the beginning of time, but when I consider Socrates and later Mohammed, I no longer believe. All religions have been made by men.’ Think about that. When did the church and kingdom of God on earth begin? Did it begin on April 6, 1830? If so, what about the millions who lived in the thousands of years prior to the restoration of the Gospel? Were not they entitled to this power to gain the mastery over self to live eternally? And so Napoleon would be right…. How old is the gospel upon the earth? Did it commence now in our days, or did it have a beginning prior to our days?

“This is what the Prophet Joseph Smith said about that: ‘Some say the kingdom of God was not set up on the earth until the day of Pentecost, and that John [the Baptist] did not preach the baptism of repentance for the remission of sins; but I say, in the name of the Lord, that the kingdom of God was set up on the earth from the days of Adam to the present time. Whenever there has been a righteous man on earth unto whom God revealed His word and gave power and authority to administer in His name, and where there is a priest of God—a minister who has power and authority from God to administer in the ordinances of the gospel and officiate in the priesthood of God—there is the kingdom of God… But where these are not, the kingdom of God is not. All the ordinances, systems, and administrations on the earth are of no use to the children of men, unless they are ordained and authorized of God’ [History of the Church, 5:256-259; Teachings of Presidents of the Church: Joseph Smith, 82-84].

“[Thus] the ‘Gospel’ is as old as the first man upon this earth. It has been here in dispensations. There has been the power to teach men the way to live, ever since the beginning of man upon this earth, else what Napoleon says would be true in this case, as it is of every other church which has no claim upon such antiquity” (“The Glory of God is Intelligence,” Elder Harold B. Lee, CES Summer School at BYU, 1954).

Others have been similarly impressed. After retiring as President of the United States, Thomas Jefferson shared (in a letter to Jared Sparks) his hopes for a restoration of New Testament Christianity: “I hold the precepts of Jesus, as delivered by Himself, to be the most pure, benevolent and sublime, which have ever been preached to man. I adhere to the principles of the first age, and consider all subsequent innovations as corruption of religion, having no foundation in what came from Him….If the freedom of religion guaranteed to us by the law in theory can ever rise in practice….truth will prevail over fanaticism, and the genuine doctrines of Jesus, so long perverted by pseudo-priests, will again be restored to their original purity….but too late for me to witness it” (in Andrew Allison, The Real Thomas Jefferson, 1983, 366).

Jefferson was certain there would be a restoration of the original teachings of Jesus. In 1822 he also wrote to Dr. Benjamin Waterhouse that he was “happy in the prospect of a restoration of primitive Christianity” (The Real Thomas Jefferson, 1983, 366). Jefferson died in 1826, just as Joseph Smith’s ministry was beginning.

In one single stunning moment in 1820 in the Sacred Grove, the Prophet Joseph Smith learned that God the Eternal Father, and His Son, Jesus Christ, were two distinct, separate beings; and that the Gospel of Jesus Christ established in New Testament times, was no longer found in its fulness on the earth—but that many doctrinal truths about the Savior and His Church, which had been lost, would soon be restored. As President Ezra Taft Benson testified, “God has in very deed revealed Himself from the heavens. He did raise up the boy prophet…He stands at the head of this dispensation—the greatest gospel dispensation of all time—and all the world will someday come to realize that he is in very deed a prophet of the living God” (The Teachings of Ezra Taft Benson, 1988, 131-132).

The Father and the Son revealed themselves to Joseph Smith “as personally as Jesus did to his apostles anciently…and made known unto him these heavenly truths by which alone mankind can be saved” (President Lorenzo Snow, Deseret News, 31 Jan. 1877, 834). Those truths, President David O. McKay testified, “are the surest, safest guide to mortal man” (Man May Know for Himself: Teachings of President David O. McKay, 1967, 383).

Isaiah foresaw that these restored truths, and the Church of Jesus Christ revealed to the Prophet Joseph Smith, would metaphorically begin as a small tent (see 3 Nephi 22:2), but would continue to roll forward and thrive until one day it would become a magnificent palace—“established in righteousness” (see 3 Nephi 22:11-14). The Prophet Joseph laid the foundation and, by revelation, gave us the blueprint, but it’s up to us to follow living apostles and prophets to finish and polish up the work. As President John Taylor said: “We have got this kingdom to build up; and it is not a phantom, but a reality. We have to do it, God expects it at our hands” (Journal of Discourses, 21:8).

From the moment the First Vision occurred, the Prophet Joseph became “the personal representative of Jesus Christ.…His agent whom He chose, ordained and set apart to lay anew the foundations of the Church of God in the world, which is indeed the Church of Jesus Christ, possessing all the powers of the gospel, all the rites and privileges, the authority of the Holy Priesthood, and every principle necessary to fit and qualify both the living and the dead to inherit eternal life, and to attain to exaltation in the kingdom of God” (Joseph F. Smith, Gospel Doctrine, 1939, 134).

And, as Joseph himself testified just a few weeks before his martyrdom, he “was chosen [to be]… the last and greatest prophet to lay the foundation of God’s work of the seventh dispensation” (May 12, 1844, in The Words of Joseph Smith, Ehat and Cook, 1980, 370).

He didn’t choose himself. He was chosen by God. As President Gordon B. Hinckley observed, “He was the instrument in the hands of the Almighty. He was the servant acting under the direction of the Lord Jesus Christ in bringing to pass this great latter-day work. We stand in reverence before him. He is the great prophet of this dispensation. He stands at the head of this great and mighty work, which is spreading across the earth. He is our prophet, our revelator, our seer, our friend. Let us not forget him. Let not his memory be forgotten… God be thanked for the Prophet Joseph” (“A Season for Gratitude,” Ensign, Dec. 1997, 2).

Mr M. and Mr. Elliot ... and so there wasn't at the time of the Reverend Roger Williams, but if he was seeking that true prophet, keys, church and authority of Jesus Christ, surely he has found it now <3 for it is here <3 in The Church of Jesus Christ of Latter-day Saints.

In 1638 Roger Williams founded the First Baptist Church in America. Many years later he wrote: "There is no regularly constituted church on earth, nor any person qualified to administer any church ordinances; nor can there be until new apostles are sent by the Great Head of the Church for whose coming I am seeking."