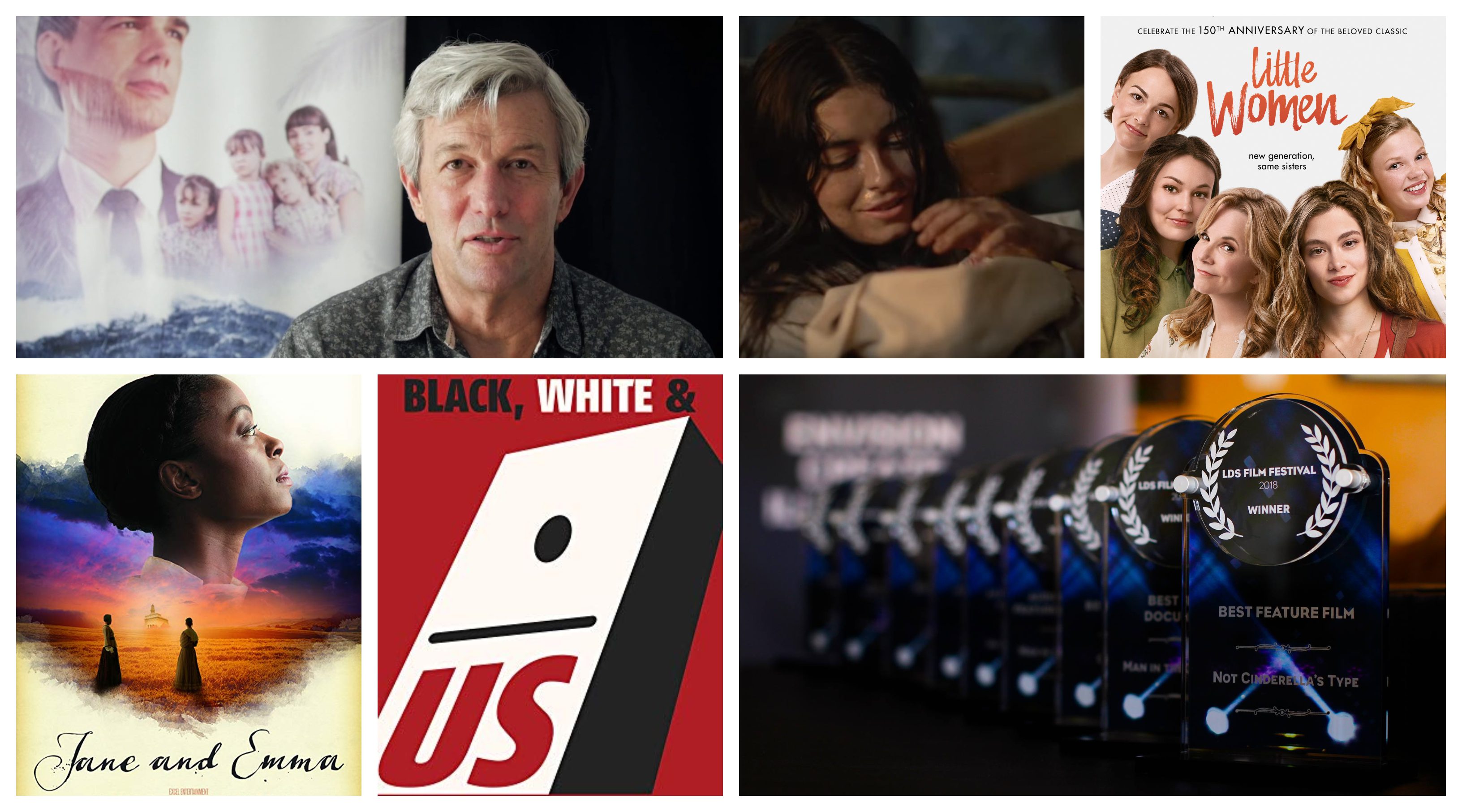 “When there is a good movie in town, consider going to the theater as a family. Your very patronage will give encouragement to those who wish to produce this kind of entertainment.” (President Gordon B. Hinckley, “In Opposition to Evil,” Ensign, September 2004).

It started in 2001 as a means to promote and support the blossoming “Mormon Cinema” (now Latter-day Saint Cinema) movement. It expanded in the intervening years to include other wholesome films. Now in its 19th year, the LDS Film Festival is back with a new director, a more refined focus, and a fantastic lineup.

Any Latter-day Saint with an interest in uplifting, thought-provoking, faith-promoting fare will want to do whatever they can to be at the SCERA Theater in Orem, UT next Wednesday (Feb. 27) through Saturday (March 2). Here’s why:

Jane and Emma is, in my opinion, the crown jewel of the festival. Yes, it got a theatrical release late last year, but you likely haven’t seen it yet, and here it’s got a Q&A with the filmmakers, a bonus screening, and a making-of panel. It’s a powerfully-written, strongly-acted, well-made movie that asks tough questions and offers doctrinally-sound answers. Anyone interested in interracial friendship, Jane Manning, Joseph and Emma Smith, or the Restoration of the Gospel would do well to support this important film. Wednesday at 7 p.m, Friday at 11:00 a.m.

From the filmmakers behind the excellent Once I Was a Beehive comes this excellent modern retelling of Little Women, with Back to the Future star Lea Thompson as the matriarch. Charming, funny, and just a delight. Friday at 8:30 p.m.

Black, White, and Us is a hard-hitting documentary from An Ordinary Hero filmmaker Loki Mulholland about the prejudices and obstacles faced by black children and the white families who adopt them in Utah. Tough stuff, but also hopeful. A must-see. Saturday at 2:30 p.m.

Other films to watch for include a first look at Who We Are, a frank look about the challenges facing Latter-day Saint Millenials from filmmaker/actor Michael Flynn (Midway to Heaven, The Best Two Years, The Lamb of God), Tuesday and Thursday at 7 pm. The Jets: Making it Real is an engaging doc about the Latter-day Saint 80’s pop band sensation, Friday at 7 pm, Saturday at 8 pm. I Saw the Hosts of the Dead covers the history, on its 100th anniversary, of President Joseph F. Smith’s vision of the redemption of the dead as recorded in Doctrine and Covenants 138. Features interviews with President M. Russell Ballard. This is another must-see; it’s so well-made and it explores the implications of the revelation with stunning depth and poignancy. Friday at 6:30 p.m. Other films to look for include a look at the prolific musical career of Janice Kapp Perry (Saturday at 3:00 p.m.), an exploration of healing from sexual trauma in WWII (A Long Way Around, Thursday at 3:00 pm), and a powerful exploration of God’s hand in American history featuring O.U.R. hero Tim Ballard (Thursday at 8 pm, Friday at 11:00 am).

Heavy-hitters in the Latter-day Saint/Christian film industries will be presenting, showing behind-the-scenes clips, and answering your burning questions. Mitch Davis will be talking about the making of this year’s The Other Side of Heaven 2.

T.C. Christensen (17 Miracles, The Cokeville Miracle) will be presenting about his latest film, The Fighting Preacher. Garrett Batty (The Saratov Approach, Freetown) will be presenting on his latest film, Out of Liberty. The makers of Jane and Emma will present a making-of panel. Others to watch out for include a panel on the current state of Latter-day Saint cinema and how to make it thrive as well as panels with the CEO of Living Scriptures, the maker of the “life of Christ” VidAngel series “The Chosen,” the producers of The Aquabats, and more. Check the schedule for times and locations and come meet these industry icons!

Formerly the 24-hour film festival, filmmakers have just two days to conceptualize, write, film, and edit a short film. It’s a nail-biter, with the finished products screened at the festival.

A host of short documentaries, short films, films produced by families for competition, and inspiring music videos await you as well.

I’ll be there! Will you? Make the time, make it a date, bring the family, gather your friends, or come solo and connect. If you’re a fan of quality entertainment, or wish to network with those in the industry, the LDS Film Festival is the place to be.

Get tickets and info at https://ldsfilmfest.com/index.html