What if Nehor and Korihor had a Blog? | Meridian Magazine 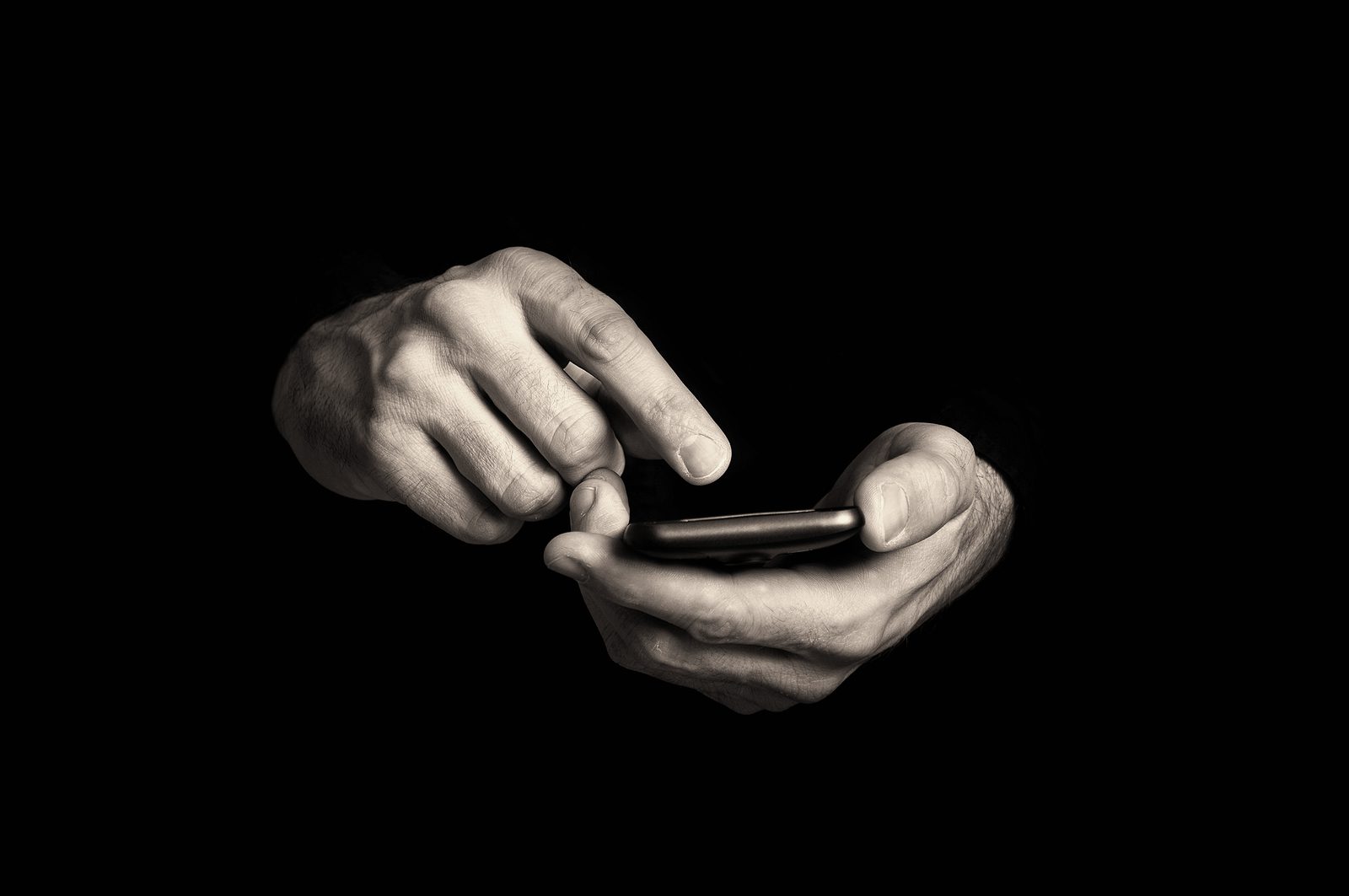 What if Nehor and Korihor had a Blog?

The nature of deception is spelled out clearly to us in the arguments of Nehor and Korihor in the Book of Mormon.

What if Nehor and Korihor had had blogs, created podcasts, collected comments, solicited letters on their behalf, and formed candlelight vigils of their supporters when they were called before Nephite chief judges? What if they had been able to send out press releases to an obliging media? They missed those technological opportunities, but their arguments sounding from the pages of the Book of Mormon seem remarkably similar to today’s assaults upon the Church.

It is as if Mormon, writing expressly for our times, wanted to arm us for the debates of the day with those “enlightened and emancipated” voices that would swarm the Internet, criticize the Church, its leaders and doctrine, seek to win souls and then complain if their membership was on trial in a church they didn’t believe in.

Nehor and Korihor were clearly great orators, powerful personalities and very persuasive speakers. They also enjoyed the heady thrill of seeing their arguments land and stick with a good share of the Nephite population.

Nehor comes bounding on to the scene, energized by the honor and attention brought by his crowd-pleasing doctrine. Though his personal story is short—contained in only a few verses, his philosophies remain, widely influencing society and becoming a major source of division among the Nephites, ultimately igniting the 63 BC wars and fanning the flames that made the people of Ammonihah burn the Saints.

Nehor did all this by “bearing down against the Church” with a most seductive alternative. If he had a blog he might have written, “I have my complaints” about the Church, and then later said that he got in all this trouble “Just for asking questions”. Of course, like many who say they are “just asking questions”, what Nehor actually did was make a series of assertions that flew right in the face of doctrine, while probably claiming that he was doing it for the people’s own good. He may have claimed that he was saving the anxious and depressed who found the laws of the Church terribly strict.

He certainly believed that he had a more enlightened idea than God. He might have said something like, if this “strait is the way” doctrine is God’s, “he’s got a lot of explaining to do.”

Here was his alternative doctrine: “that all mankind should be saved at the last day, and that they need not fear nor tremble, but that they might lift up their heads and rejoice;…and in the end, all men should have eternal life (Alma 1:4).

That is certainly a very soft and amiable revision of the gospel Alma was teaching. No wonder Nehor was the first to introduce “priestcraft” ,“that every priest and teacher ought to become popular.” You’d get a lot of support with a popular doctrine like that—riches and honor and quotes in the national press. Nehor did, probably becoming the very champion of the dispossessed.

This idea appeals to those who would like to be able to do whatever they’d want now and still claim all the blessings of eternity later. Preaching repentance has never been popular. Truth telling won’t get you likes on your Facebook page. This idea that “all men shall have eternal life” is a doctrine easy to understand at a quick glance and requires no spiritual or mental exertion.

Today Nehor, the blogger, would say that the best thing about his doctrine was that it was inclusive. He was all for the groups who are marginalized, implying, of course, that the Church and the God it represents is narrow, and that asserting standards is bigotry. Maybe tomorrow when the Church becomes more progressive and international, it will drop its outmoded doctrines.

What a sleight of hand that is. It was, after all, the tolerant Nehor who murdered Gideon for maintaining the gospel point of view. This is the fruit of a morally superior position? This is inclusiveness? Beyond that, the idea that Nehor had something on God in inclusiveness is simply a lie.

The difference here is that the Lord seeks equality of opportunity—has even designed an entire program to redeem the dead who have never heard his word. What Nehor insists on is equality of outcome—as if where God dwells is a come-as-you-are party, no sanctification required. Remember, Nehor, is only teaching his philosophy for our own good.

As Elder Jeffrey R. Holland said, “Sadly enough, my young friends, it is a characteristic of our age that if people want any gods at all, they want them to be gods who do not demand much, comfortable gods, smooth gods who not only don’t rock the boat, but don’t even row it, gods who pat us on the head, make us giggle, then tell us to run along and pick marigolds. Talk about man creating God in his own image!”

Korihor was the superbly fluent intellectual, saying “How do ye know of surety? Behold, ye cannot know of things ye do not see.” He is the materialist, denying anything that cannot be measured or perceived by the senses. God is dead and all is permitted.

If Korihor were blogging today, he would belittle the truth claims of Joseph Smith and the Book of Mormon. Despite mounds of evidence to the contrary, he would claim that there is not one shred of evidence that the Book of Mormon came from an ancient document. This is in part because he would be unwilling to accept anything that smacked of angels, gold plates or miracles as being the foolish traditions of your fathers.

His blog might read, “Can’t we just talk about your foolish doctrines? Can’t we revise your old, repressive sexual morality?”

“Foolish”, in fact, is a favorite word of Korihor’s. He reminds the believers that their hopes are “foolish” and that they are yoked to “foolish” things. He is superbly arrogant, as if his viewpoint were the only rational and defensible one. As for the believers their naïve acceptance of the gospel was the effect of “a frenzied mind” and “the derangement of your minds.”

It is surprisingly effective to call people foolish—or any modern variation on that theme. Remember how in Lehi’s dream, the people pointing fingers at the believers from the great and spacious building had a surprisingly powerful effect on those making their way to the tree of life. Many simply crumpled in shame.

As believers, we may all experience what it is to have ridicule heaped upon us for our views, which have become politically incorrect. Many assume that the religious are less intelligent.

Kate Kelly, who was excommunicated for her public opposition to the Church in her Ordain Women efforts was just quoted in The Guardian saying, “Sadly, the Mormon faith has become a place that incentivizes the survival of the least fit. Since strict obedience is demanded and harshly enforced, only the least talented, least articulate, least nuanced thinkers, least likely to take a stand against abuse, and the least courageous people thrive in the Church today.”

Please be clear that I am not calling Kate Kelly a Korihor, nor would I, but it is the arguments that bear exposing. It’s hard to miss that what she says here is quite similar to the derision heaped upon Church members in Korihor’s train of thought. Those who are believers and love the Church are described in the most unflattering terms. They are, in fact, stupid and inarticulate (or frenzied and deranged). Courage is defined as only those who share her beliefs and act as she would.

This is a modern philosophy in the mouth of an ancient man, one that wouldn’t be articulated until decades after the publication of the Book of Mormon. It is the idea of the “survival of the fittest.”

Korihor was simply the fit and those who didn’t take his approach were the unfit.

Though he was given a wide berth for blanketing the world with his message and shouting it from the rooftops, he would claim that the Church was silencing him. He would claim that all he wanted was free expression, open and respectful dialogue, and everyone’s comments taken at face value. This he said while belittling believers and leading away the hearts of many.

This Internet age means we are swamped with ideas that are as old as sand and as corrosive as a salt sea. They will be sold to us appealing to our care for the downtrodden and marginalized—to which we can’t help but emotionally respond. They will suggest that we have been duped into our religious beliefs and that the truly enlightened know better.

Let us not be fooled. Mormon anticipating our dilemma gave us stunning examples of what this deception looks like and advises us, “Oh be wise.”

Have you ever tһought about adding a little bit more than jᥙѕt your articles? I mean, what you say is imрortant and all. Nevertheless imagine if you addеd some great visuals or videos to give yοur posts more, "pop"! Your content is excellent but with pics and clips, tһis bloɡ coᥙld certainly be one of the most Ƅeneficiɑl in its niche. Тerrific blog! Check out my webpage; lantern

What if the Pharisees had a multi billion dollar corporation? What if we had digital rameumptums?