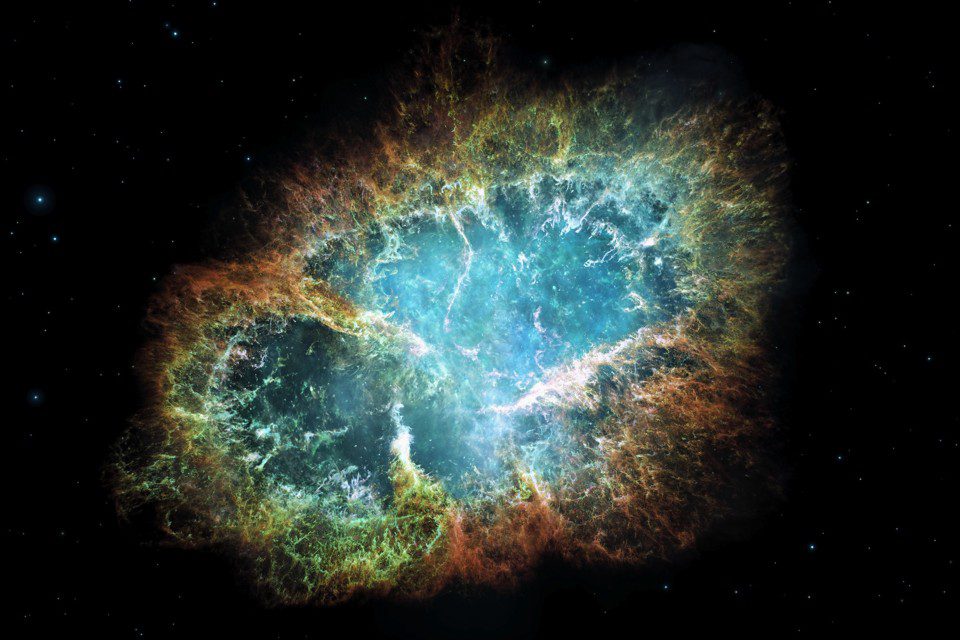 What If History’s Brightest Supernova Exploded In Earth’s Backyard?

From the vantage point of almost four billion light years away, the brightest known supernova looks a lot like they all do. Last year, the automated telescopes in Ohio State’s ASASSN network saw the peach-fuzz blob of a distant galaxy. By June 2015, that galaxy was gone, all of its stars outshone by a piercing blue point.

Now observations of the aftermath published this week in the journal Scienceshow that the new explosion, ASASSN-15lh, is a few hundred times brighter than your garden-variety supernova, and two or three times brighter than the previous record holder. It’s in a class by itself.

“If you walked outside and saw a person who was six feet tall, and then someone who was six thousand feet tall, you would notice,” says team member Todd Thompson of Ohio State University. “You begin to question whether this is even a person.”

Since June, the supernova hasn’t once wavered below the wattage of every star in our Milky Way galaxy combined. In an average week, the glowing, cooling shrapnel releases more energy than our Sun has emitted ever. If it weren’t so far away, we’d have front row seats to appreciate the spectacle of this superlative natural firework.

So let’s pull it closer.

Astronomers talk in terms of parsecs, with one parsec equal to three and a quarter light years—a little less than the distance between the Sun and Alpha Centauri, the nearest star.  Within a thousand parsecs of us, the supernova would be a point brighter than the full moon, though it would cast an eerie glow much bluer than moonlight.