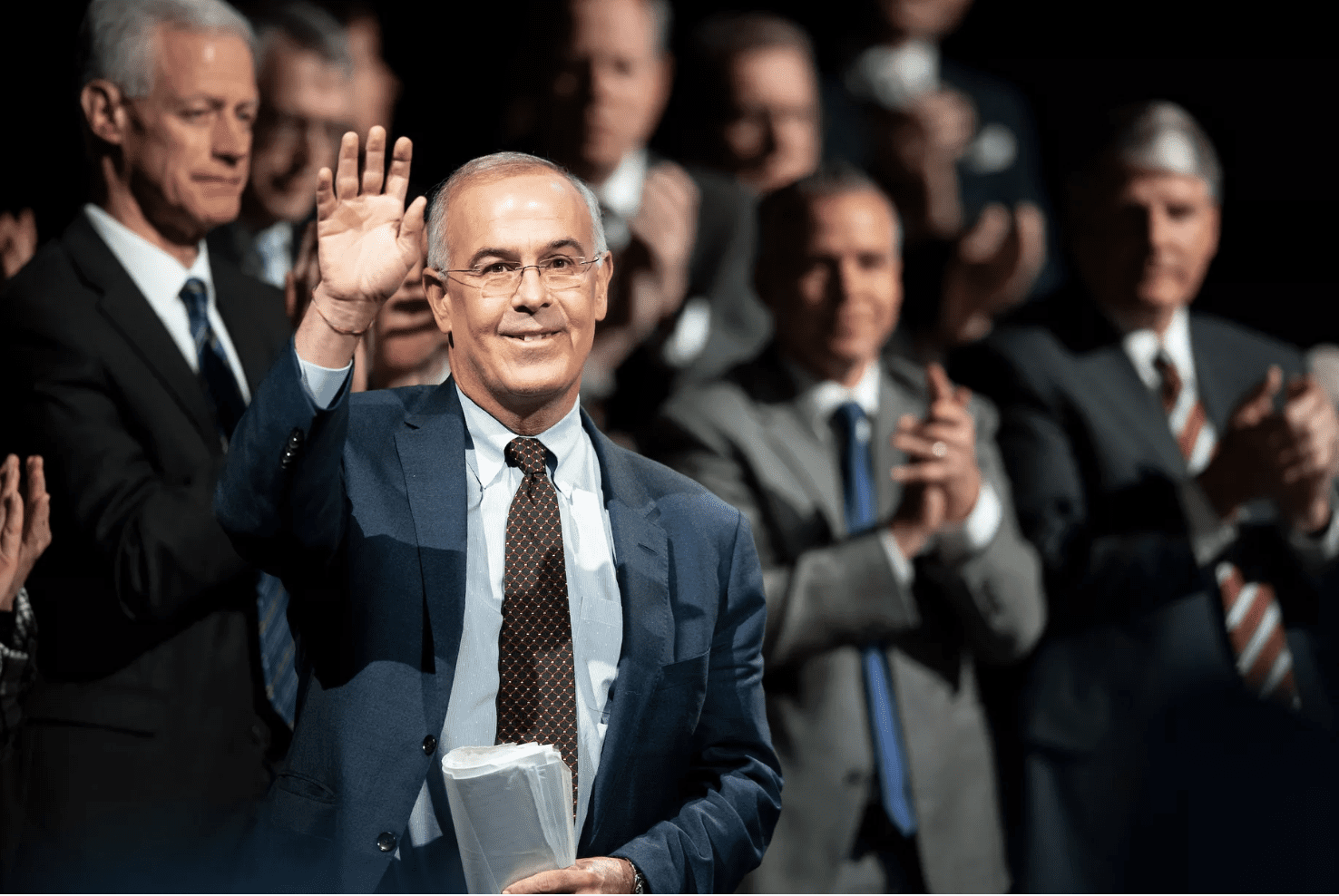 The standing ovation that cascaded from the top of BYU’s cavernous Marriott Center to the floor last Tuesday was evidence.

A changed, emotionally vulnerable David Brooks, the popular conservative New York Times columnist and best-selling author, connected deeply with nearly 3,000 students, faculty and staff when he said people are hungry for authentic human connection. He modeled a path for creating those connections by opening up about himself.

Measurable growth in the levels of isolation, loneliness, fear, depression and suicide in America are rooted in a culture that decouples people from morals, poor communication and bad generalizations, he said.

“This to me is the core problem that our democratic character is faced with. Many of our society’s great problems flow from people feeling not seen and known,” Brooks said. “There is a core democratic trait that we all have to get better at, and that is the trait of seeing each other deeply and being deeply seen. It’s a question of … understanding each other.”

Brooks’ appearance at Brigham Young University is part of its forum series, which brings people to campus to speak around the theme of “The Pursuit of Democratic Character.” Brooks published a new book this year titled “The Second Mountain: The Quest for a Moral Life.”

During his address, Brooks was relatable, informative and funny. He joked that “I’m a conservative columnist at the New York Times, which is a job I liken to being the chief rabbi in Mecca.”

Brooks mapped out what he said was one of American society’s deepest problems — a cultural meritocracy embedded in the college admissions process that teaches that status and achievement are core societal values. Unfiltered by a moral system, that meritocracy teaches several lies.