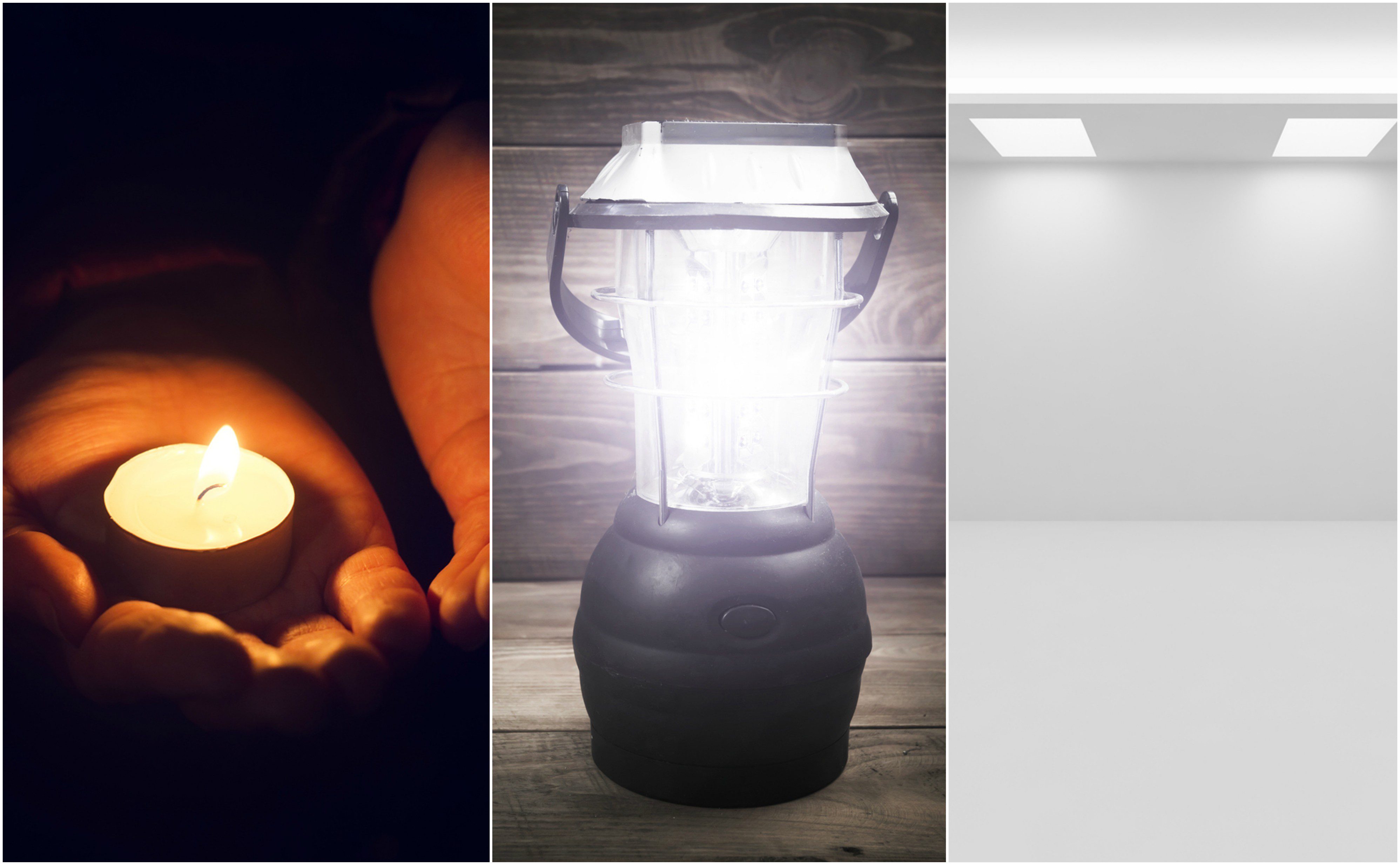 “We Have the Light”: The Parable of Three Rooms

Years ago my husband and I were driving up a secluded mountainous road towards Taif, Saudi Arabia, 40 miles from where we were living and working. Out in the middle of nowhere, I noticed a large semi-truck that had been pulled off the road. In the few seconds as we drove by, I saw a Muslim man down in a ravine, shaking out his prayer rug to the ground. He then began prostrating himself before God. It was the set hour to pray, even though there was no prayer call to be heard in this isolated area.   Here was a man who was following the dictates of his conscience, and obeying God, according to his understanding. It really touched my heart, and I made a mental declaration, “Now there is a man of God!”   He had light and he was living up to it by humbly reaching heavenward, even though he thought no one was watching.

Since then, I’ve met many of these beautiful types of souls either in person or in books. What is it about these SAINTS of varied religious backgrounds that stands out? Answer: LIGHT!   As I’ve pondered on these magnificent people over the years, one day the following paradigm came to my mind. I call it The Parable of Three Rooms: (Notice in this parable – light and truth are synonymous.)

Imagine: There are three connected rooms with no windows.

In the center of room #1 is a table which holds a lit candle. The candlelight lightens the darkened room. Once one is used to it, the room feels light in comparison to the darkness. There are people who huddle around the table and if they’re close enough to the candle, they can read and write by its light. Those that focus on the light of the candle see fewer shadows and perceive more radiance. They say, “We have the light!” AND THEY ARE RIGHT!

Room #2 is the same size as the first, but the difference is that instead of a candle in the center of the room, there is a lantern.

The second room is much more illuminated than the first. One doesn’t have to be so close to the light to be able to read in it. There are fewer shadows. The people inside this room say, “WE have the light!” AND THEY ARE RIGHT!

Room #3 is equal in size to the other two. This room distinguishes itself from the other two rooms because it has 1000 watts of brilliant electric light. No one in the room needs to huddle around a light source; light is all around them. Everyone in the room can easily read and see clearly unless they choose not to.

These people say, “WE have the light!” AND THEY ARE RIGHT!

EACH room has some of its occupants that focus on their light and feel it illuminating their lives. The more they focus on it, the brighter it becomes to them.

From time to time people from the second room venture into the first room with an absurd tale of resplendent luminance just beyond the doorway. They describe how much brighter it is in their room, and how much more desirable. Some people listen, but few follow them into their brighter room. Most feel that they already have the light, and need no more.

People from the third room come into the second room telling of indescribable brilliance and try to convince the people to follow them to bask in their light. Few believe there could be a place where light is so plentiful. After all, how could it be possible that there could be brighter light than they have? What they don’t realize that there is more light available to them than they can imagine. When their world is measured by candles or lanterns, they can’t fathom that anything could be better than what they know.

In EACH room, there are people who AVOID their light. They turn their backs to it by deliberately facing the wall, and even consciously close their eyes. Although they don’t recognize it, most of those in the first two rooms (and many in room #3) are living in comparative darkness. What is light to them? Many don’t try to perceive or utilize it.

On the other hand, there are those in EACH room who have yearned greatly and sought diligently for spheres of light greater than their own? When they have focused on the light – their minds have expanded into brilliant elevations previously unimagined. These are the people who have become spiritual guides to those in their “room,” and sometimes to the world.

Elder George Q. Cannon said: “In every nation men have been raised up and been called of the Lord to effect reforms among their fellow men and to teach important truths…. Other nations and races have not been forgotten by the Lord. They have had great truths taught to them; and in many instances, they have profited by them. There have been millions of pagans whose lives have been as acceptable to the true God as the lives of the same number of so called Christians. The reason for this is plain: they lived up to the light which God had given them, and this is all that He could require of them. [1]

These men and women of character and inner brilliance are lifting the people within their realm, and can also enlighten and inspire us; like the humble Muslim man I mentioned.

In 1978, the First Presidency issued an official statement regarding the Church’s position toward other religions:

“The great religious leaders of the world such as Mohammed, Confucius, and the Reformers, as well as philosophers including Socrates, Plato, and others, received a portion of God’s light. Moral truths were given to them by God to enlighten whole nations and to bring a higher level of understanding to individuals.”

We can incorporate their experience to lift ourselves to new vistas, and can learn MUCH from them.   How many lives have been blessed by reading books by C. S. Lewis, or by following the life of Mother Teresa or Gandhi?

Any PURE light from other “rooms” will naturally resonate with the Spirit and harmonize with the light we already have. (Room #3 can expand to include all Truth and Light.)

The important question then for us may not be, “What room am I in?” but “How much light am I pursuing? ” “Am I living up to the light that I have?” “Am I making the effort to get more?”

Brilliant inner light doesn’t come simply from existing in a “room,” it comes from seeking to live up to the light and truth we have diligently sought for. The brighter our interior world becomes, the more light we reflect in our countenances causing others to see their way more clearly because of our glow.

The more illumination we can acquire from sages and scripture as well as poets and prophets, in or out of our “room,” the higher we will raise up and become ONE with the God that is over ALL.

This is a great article. Thank You. It seems that for too many of us in the LDS community that we become so busy just trying to keep up with all the demands of life making sure that we measure up to what we perceive our light has to be, because we have been taught that we are of the Holy Church of God, yet we seek the praise of others unable to see the light that is available to us. D&C 93:1-2 states, "Verily, thus saith the Lord: It shall come to pass that every soul who forsaketh his sins and cometh unto me, and calleth on my name, and obeyeth my voice, and keepeth my commandments, shall SEE MY FACE and know that I am; 2. And that I am the true LIGHT that lighteth every man that cometh into the world;". Surely this means that we are expected to seek His face in our lifetime and actually see it, as did the brother of Jared and others in the examples printed in the Book of Mormon and not confine ourselves by just accepting a lesser light.

Thank you for giving us such a beautiful analogy of the Light of Christ that shines in each of us. It is an important reminder of how universally the love of God is shared. It is inconvenient on each of us to look for and recognize that light in others. When we do so we open the way for both enlightenment and truth in so many ways.