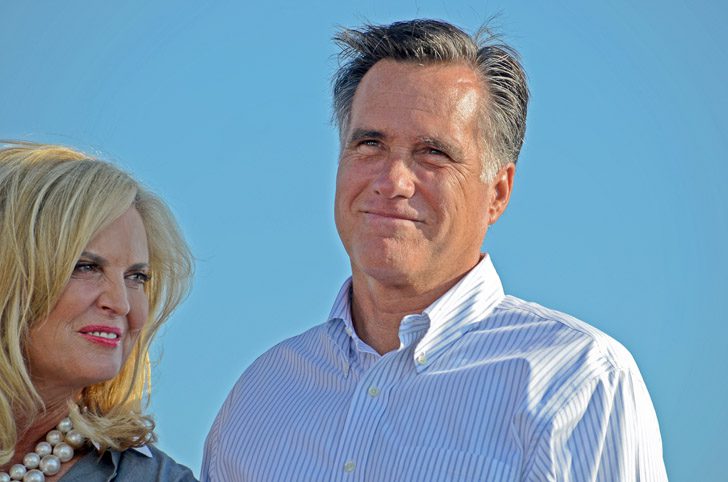 The following is an excerpt of an article from the Washington Post. To read the full article, click here.

The Washington Post published an article Tuesday describing the post-2012 Mitt Romney as a man that packed up his Massachusetts home and settled in Utah just as he is packing up previous versions of himself and choosing to be open about the influence of the Church of Jesus Christ of Latter-Day Saints on his life.

Here in the Salt Lake Valley, first settled by his Mormon ancestors, residents look past Romney’s electoral shortcomings and revere him as a savior for rescuing the 2002 Olympics. Romney won his highest 2012 vote margin in Utah — 73 percent to President Obama’s 25 percent. This is also where Romney has been pondering a potential third campaign, calling out to friends and past supporters and praying with his wife, Ann.

“He feels very at home here,” said John Miller, a close friend in Utah who has been talking with Romney throughout his recent deliberations. “This is a very prayerful thing. . . . In the end, it’s really a decision between he and Ann and their belief system, their God. That’s the authentic Mitt.”

If he runs again in 2016, Romney is determined to re-brand himself as authentic, warts and all, and central to that mission is making public what for so long he kept private. He rarely discussed his religious beliefs and practices in his failed 2008 and 2012 races, often confronting suspicion and bigotry with silence as his political consultants urged him to play down his Mormonism.

The article quoted Tagg Romney saying that his father had been reluctant to speak too openly about his religious background on the previous campaign trails fearing that people would think his motivation for running was an attempt to convert others to his faith.

“If he were to run again,” he added, “I believe he would be much more willing to open up and share who he is — not by asking others to learn the doctrines of his faith, but by speaking of the values of love and service that it has taught him.”

I think it's great Mitt and family would be another voice for moderate republicans. There's quite a few Mormons in government now. In catching a lot of conservative's views not sure he's electable. I'm afraid enough Americans would vote Hillary just to see Bill as first man. Question is if Republicans and Conservatives can agree enough to both come to the polls united in one voice. Seems America wants a vocally tough less refined scrapper in there more than to know about warts.