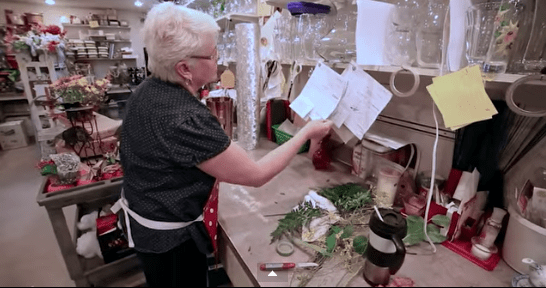 KENNEWICK, Wash. – A state judge ruled Wednesday that Washington floral artist and grandmother Barronelle Stutzman must provide full support for wedding ceremonies that are contrary to her faith – a decision at odds with the views of most Americans according to a newAssociated Press-GfK poll. The court claims that Stutzman’s referral of a long-time customer to another business for floral design and support for a same-sex ceremony violated Washington law.

The court also ruled recently that both the state and the same-sex couple, who each filed lawsuits against her, may collect damages and attorneys’ fees not only from her business, but from Stutzman personally. That means the 70-year-old grandmother may not only lose her business, but also her home and savings because she lives her life and operates her business according to her beliefs.

“The message of these rulings is unmistakable: the government will bring about your personal and professional ruin if you don’t help celebrate same-sex marriage,” said ADF Senior Counsel Kristen Waggoner, who argued before the court in December. “The two men had no problem getting the flowers they wanted. They received several offers for free flowers, and the marketplace gives them plenty of options. Laws that are supposed to prohibit discrimination might sound good, but the government has begun to use these laws to hurt people – to force them to conform and to silence and punish them if they don’t violate their religious beliefs on marriage.”

“America would be a better place if citizens respected each others’ differences and the government still protected the freedom to have those differences,” said Stutzman. “Instead, the government is coming after me and everything I have just because I won’t live my life the way the state says I should. I just want the freedom to live and work faithfully and according to what God says about marriage without fear of punishment. Others have the freedom to say or not say what they want to about marriage, and that’s all I’m asking for as well.”

In State of Washington v. Arlene’s Flowers, Benton County Superior Court Judge Alexander Ekstrom ruled on Jan. 7 that Stutzman was personally liable for the claims against her, placing both her personal and professional livelihood in jeopardy. Ekstrom then granted summary judgment Wednesday against both Stutzman and her business; therefore, the case will not proceed to trial. ADF attorneys will appeal the rulings.

Ekstrom accepted Washington Attorney General Bob Ferguson’s argument that Stutzman violated the state’s Law Against Discrimination and its Consumer Protection Act for acting consistent with her Christian faith. Ekstrom concluded that Stutzman must provide full wedding support for same-sex ceremonies, including custom design work to decorate the ceremony, delivery to the forum, staying at the ceremony to touch up arrangements, and assisting the wedding party.

“The court somehow concluded that forcing Barronelle to create expression against her will does not violate her free speech and free exercise rights under the state and federal constitutions,” said ADF Legal Counsel Jonathan Scruggs. “To the contrary, this ruling ignores the pre-eminent civil right law of our nation – the First Amendment – and allows the state to force citizens to choose between conforming their beliefs to the state’s ideology and suffering severe consequences.”

Just before Robert Ingersoll, a customer who had a close friendship with Stutzman for nine years, sued Stutzman through his American Civil Liberties Union attorneys for acting consistently with her faith, Ferguson, in an unprecedented move, filed a suit of his own against her after hearing about the situation through news reports, not because of any complaint filed with his office. Both suits came after Stutzman politely referred Ingersoll to three of the many area florists who were willing to create the custom floral arrangements the couple wanted. Several florists ultimately offered the two men free flowers and wedding services.

Attorney Alicia M. Berry of Liebler, Connor, Berry & St. Hilaire is assisting with the case and is one of more than 2,500 private attorneys allied with ADF.

I started reading the Book of Mormon again from the beginning, when the Lord warns Lehi that Jerusalem has reached such a level of wickedness that the so-called "Invincible City" will soon be destroyed. The persecution of American "iniquitous" Judges against good Christians stands as "writing on the wall" that destruction there is soon to come.

My thoughts go to the regime of Mao in China where all freedom of artistic expression was removed and controlled. So if bakers and floral artists must produce for clients agendas that they don't share, will we soon have artists of other medias having to create for consignments that they don't agree with like the actors, dancers, and fine artists of China did? As the mother of a sculptor, I know how much of art is about the message in the art and no one should be compelled to produce art that doesn't represent their perception. This problem with wedding services is one step closer to a serious loss of freedom. It is odd that porn producers are free to express and even exploit, but people who choose to show reverence for their God in a way they see fit jeopardize their very livelihoods, homes, etc.