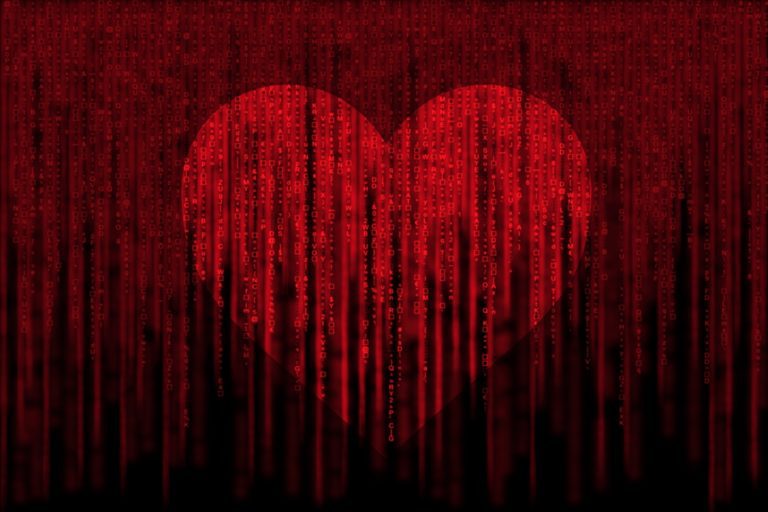 I sat down to look over some programming code and an old memory came to me. Valentine’s Day, the day of the college girls’ Preference Dance, was on a Saturday that year. Since it wasn’t common for a girl to ask a guy out in those days, Preference was the one time a girl could show a guy that they really liked him without being considered forward.

Most of my roommates thought that because I was a varsity athlete, I would be the first one asked. However, I knew that wrestling didn’t draw a lot of female admirers. I was also rather shy, and my attempts at dating were quite limited. So it wasn’t long before everyone in our apartment had been asked — everyone except me.

There was one girl I especially hoped would ask me. Bonnie was the only girl in my Fortran Programming class. She was beautiful, with long dark hair and big brown eyes. There were over forty other guys in the class, but she happened to sit by me, and we often worked together.

But when the Monday before the dance came, and I still hadn’t been asked, I decided I would ask her to a movie, carefully avoiding Valentine’s, sure she would have already asked someone else to the dance. I mustered all of my courage, and just before class started, I turned to her and said, “Uh, Bonnie, I was wondering if you would . . .” I didn’t get a chance to finish, because just then the teacher slammed his books on his desk and spoke in an angry tone.

“I recently learned that a couple of you young men have asked our student secretary on a date only to try to get her to give you advance copies of my tests! Asking her out for that reason is the height of rudeness. She is honest, and doesn’t even look at them herself. I must warn you that if any of you ask her out now, I will have to assume you have ulterior motives.”

The sad thing was, I knew that Bonnie was that student secretary. I obviously hadn’t had any malicious considerations, but now I knew I couldn’t ask her for fear my intentions would be misconstrued. My heart sank. When the teacher finished his angry discourse, Bonnie turned to me and smiled. “Was there something you wanted to ask?”

I felt so discouraged I couldn’t even look in to her eyes as I shrugged and answered, “No.” As class ended, Bonnie asked, “Are you excited about the dance on Saturday?” I just shrugged, so she asked, “You are going, aren’t you?” I shook my head. “You have been asked, haven’t you?” she asked. Again, I shook my head.

On Wednesday, she handed me a computer program. “Would you mind going through my code and checking my output?”

“I hate to put any pressure on you, but I kind of need it by tomorrow,” she said.

“Okay,” I replied. “I’ll get it done and put it on your desk in the department office.”

After class I went to my apartment, but all of my roommates were talking about their fun plans for Saturday, so I went to the library so I wouldn’t have to listen to them. I did all of my homework, and then I pulled out Bonnie’s program. I separated the page with the data file, laid it beside the program so I could trace the inputs from it at each point where the program read them, and then I started through the logic of the code. I soon realized that the output was spelling something. Still, it didn’t dawn on me that it was more than a normal program until it had spelled my name. I quickly worked through the rest, and found the output to be, “Daris, will you please go with me to Preference on Saturday?”

My heart pounded with excitement as I quickly put together a program in return that simply output, “Yes!”

I had a lot of fun being with Bonnie that night. And with her having invited me first, I didn’t feel any reservations in asking her out after that.

So, still to this day, when I look at computer code, I often remember one of the most unique and appreciated preference dance invites ever.