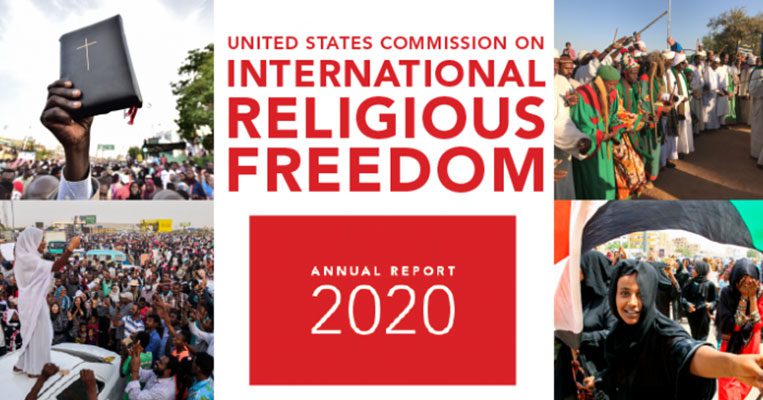 On Tuesday, the United States Commission on International Religious Freedom (USCIRF) released its 2020 annual report, naming the world’s worst religious freedom violators — while noting some who have improved too. Among a number of findings on religious freedom, the report calls out governments around the world that oppress or fail to protect this fundamental human right, recommending that the State Department label certain countries “Countries of Particular Concern” (CPC) or be put on a Special Watch List.

Among the countries USCIRF found to be the world’s worst on religious freedom are some usual suspects whose conditions have even further deteriorated. In China, the government’s crackdown on people of faith have had heartbreaking consequences. As China continues its oppression of Uyghur Muslims, as estimated 1.8 million Uyghurs are still detained in what Beijing calls “re-education” camps. This has caused half a million children to be forcibly separated from their parents and raised by the state.

Beijing signaled that its restrictions on Christianity were not slowing down either. Pastor Wang Yi led a large house church un-approved by the government. In December, he was sentenced to nine years in prison supposedly for “subversion of state power.” Even as China seeks to usurp the United States in global influence, its leaders are digging their heels in on their repressive policies. While Beijing’s religious freedom violations are more exposed than ever before, they show no shame for the atrocities they commit.

In what is likely to be the most controversial of USCIRF’s CPC recommendations, India is featured this year. India’s religious freedom conditions have drastically deteriorated over the last year. National-level policies such as the Citizenship (Amendment) Act have directly targeted Muslims. Mob violence, inspired by the Hindu nationalist movement, continues to target Christians and Muslims while the government routinely fails to protect religious minorities. While some may find it unusual that a strategic partner for the U.S. like India is on the USCIRF list, our allies need to hear the message on religious freedom too. As FRC President and USCIRF Chair Tony Perkins noted in a discussion of the report today, we should call balls and strikes in our advocacy work: “Whether friend or foe, we are focused on religious freedom.”

In North Korea, where swirling rumors of the leader’s health arise in recent days, believers continue to suffer under some of the world’s worst religious freedom conditions. An estimated 50,000 North Korean Christians languish in labor camps for their faith. USCIRF reported that Chinese and North Korean authorities are now more closely guarding their shared border, further stifling any open display of religious belief. Regardless of what maybe currently happening to Kim Jong Un, the faithful continue to be horrifically persecuted in his country.

Yet amid much negative news, Sudan — a long-time religious freedom violator — is a positive story, and has made significant steps in the right direction on religious freedom. Under the new transitional government, some of the laws that were used to harass religious minorities are now gone. Sudan’s improvements deserve to be celebrated, and hopefully emulated in other parts of the world.

USCIRF was created to ensure the issue of international religious freedom was not lost or overlooked in the myriad of foreign policy priorities. USCIRF is the nation’s watchdog for religious freedom. For the sake of religious communities around the globe who suffer from government restrictions or aggression by non-state actors, we ought to urge that the U.S. government take USCIRF’s policy recommendations to heart and continue working to advance religious freedom for all around the world.