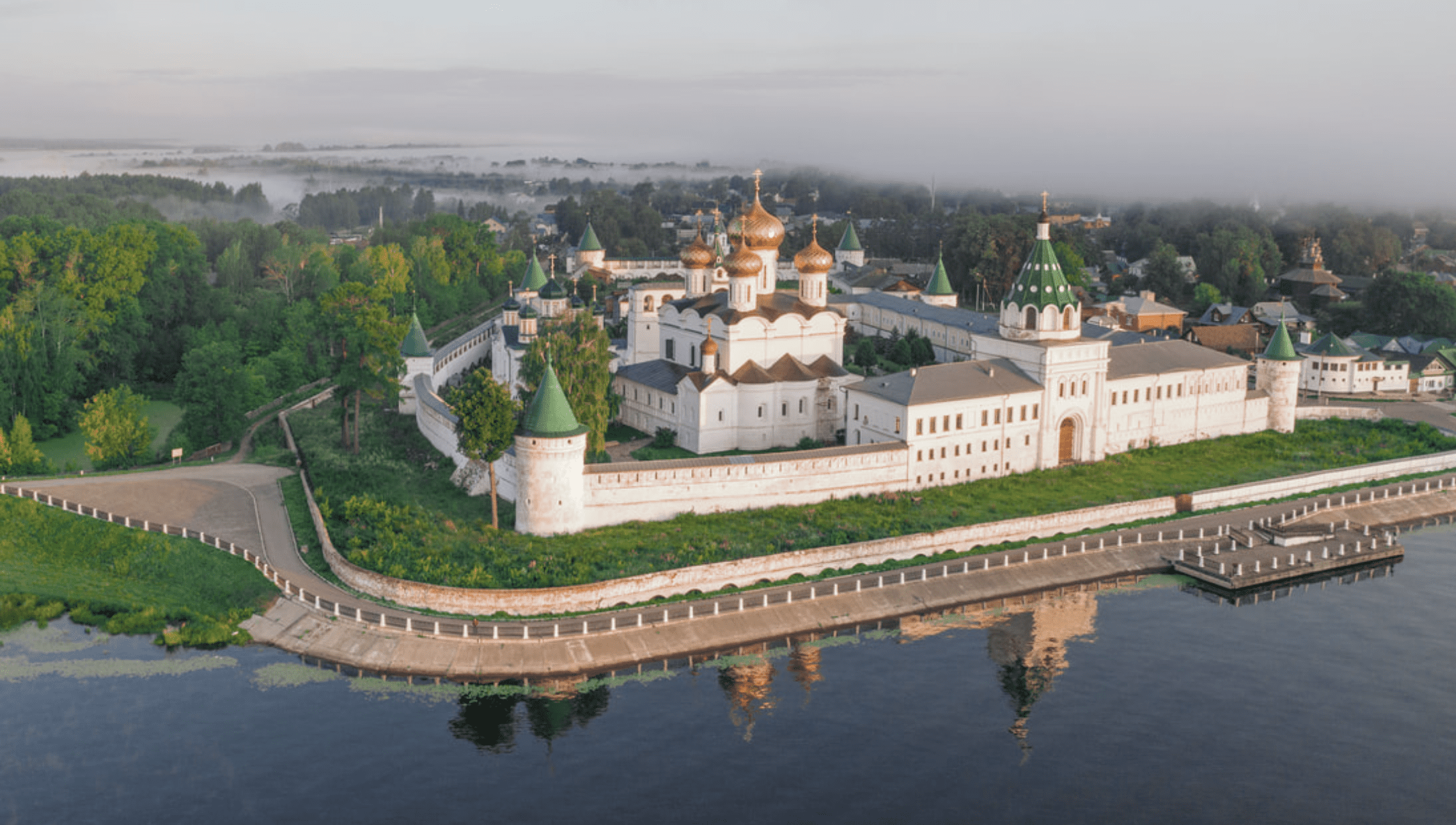 Aboard the ship, life seemed great. We had amazing entertainment, tours, cultural exchanges and lessons on language and history, but we knew we were missing one thing. We’d managed to find a way to invite Soviet citizens anxious to meet Americans to cruise with us. Among those were ten Russians from Leningrad and ten from Moscow with a smattering of others from the 15 Soviet republics.

Soon we stumbled upon the solution to complete our program: we needed a “church” presence, something prohibited in the USSR until recently. In fact, of the Soviets on board, twenty were recent converts to The Church of Jesus Christ of Latter-day Saints. It was 1991 in communist Russia and this church had only recently been allowed missionaries.

To create “church” on the cruise, we approached our stake president to see if we could hold an official sacrament service on board our ship. Graciously he not only said that would be wonderful but helped us get the trays needed to pass the sacrament.

We always had at least one Russian branch president and usually several American Latter-day Saint bishops amongst our passengers so they could organize and conduct the services each Sunday. But I digress from the Sacrament Meetings and their profound effect close to home.

As was our practice, we took our five children to the USSR/Russia with us each year – often for much of the summer.  Two years after we started our cruise business in Russia, our son Alexander became a deacon. His first time passing the sacrament would be aboard the Russian river cruiser. In recalling that experience today, he reported:

I remember Sacrament Meeting being on the glass-enclosed top deck of the cruise ship. I went to the first row and offered the first person the tray. Instead of taking a piece of bread and then grabbing the tray—as I had seen thousands of times in my life—the person ate the bread and put his hands back in his lap without taking the tray from me.

So, I leaned awkwardly over that person and offered the tray to the next person. And again, they didn’t take it. By that time, I was a little frustrated, a little embarrassed, and a little confused. Fortunately, the third person graciously took the tray, and the process was normalized. I wasn’t a profound 12-year-old thinker, but I was thankful to have a unique first-time experience passing the sacrament as I knew it was something I’d never forget – and I’ve never forgotten it.

Another passenger on our cruises into the heart of Russia, wrote an article about his experience for The New Era in May 1995. William Powley wrote in his article entitled “In Any Language” the following:

On a vacation I was traveling by ship down the Volga River in Russia far from any LDS Chapel that Sunday I had planned to read the Book of Mormon alone in my cabin.

My plans changed when I found out the ship was leased for summer tours to a Latter-day Saint family with permission from their church leaders, they had scheduled a worship service for LDS passengers including several Russian Latter-day Saints traveling on the ship. I was asked to bless the sacrament.

Later that morning when I entered the music salon where the meeting would be held my anxious heart rested as I saw other young men in ties and young women in dresses, I look around for something resembling a sacrament table to my right I noticed a white tablecloth from the dining hall had been spread over the piano bench. The bread and water trays set on the white linen brother Wakefield who had asked me to bless the sacrament introduced me to a young man about 2 inches taller than I am.

“This is Sergei,” Brother Wakefield said. “He will bless with you.”

Sergei, from Moscow, had just completed his service in the militia. He had met two missionaries in the subway that eventually led to his baptism.

“Dobray Dien!” I said, practicing what little Russian I had learned.

“Dobray Dien,” he responded with a chuckle.

“Do you speak English?” I asked.

The music had begun and a young man, Vladimir, led the congregation in “Come, Come, Ye Saints.” The curtains had been drawn and through the windows we saw a panoramic view of Russia’s countryside.

We stood and broke the homemade Russian sourdough bread. I could hear the congregation singing “I Stand All Amazed,” half singing in Russian and the other half in English. No one had hymnbooks, so we sang from memory. I was impressed to hear the combination of Russian and English – as if our voices were creating a new language.

When the hymn ended, I knelt with Sergei on the floating ship. Our knees rested on the floor, and I could feel a slight rocking of the ship. The congregation bowed their heads. Sergei began saying the prayer in Russian.

I felt the Spirit of God enter my heart and burn through my chest. Here, on a ship far from our homes and families, Sergei and I were two people the same age, from different continents, speaking different languages, and feeling the same Spirit. I understood the words he spoke, clearly and peacefully. I felt solemnity fill my mind.

A few minutes later, I blessed the water in English, saying the prayer with more convictions than ever before. I felt as if I were actually speaking to the Lord. My heart swelled with joy as I said amen and stood to serve the water trays.

That day, Sergei and I had come together to do the Lord’s work. We had blessed the emblems Christ instituted just before his death and sacrifice. Sergei had spoken Russian. I had spoken English. But for all of us who were present, the language spoken was the Spirit.”

Little did we know the profound effect holding a Sacrament Meeting would have upon American and Soviet and Russian people. And how close to home the effect would be.

By inviting Soviet Latter-day Saints, we thought we were helping the Americans get a glimpse of Soviet life. Because these Russians didn’t drink alcohol, they didn’t stay up late in the bar and sleep in to “sleep it off.” Instead, they were with the Americans at every meal, in the villages where they showed the Americans places and met people they never would have seen otherwise.

But the amazing part to us was their terrific enthusiasm for the Gospel of Christ. We had dozens of other Soviets on board to meet the Americans as well, and the Russian saints would knock on the cabins of all the Soviets and invite them to their nightly firesides (their total creation) and to church on Sunday. We often had 100+ people attend Sacrament Meeting. We’ve been told hundreds of those Russians joined the church as did some of the crew. One of the Russian Saints who came on our youth cruise is today the Stake President in St. Petersburg, Boris Leostrin.

Often, none of us realize the good that can come from simple actions like trying to hold a church service. All we can do is our best and be grateful to be a small part of something worthwhile.

These days we cannot have sacrament meetings on the ship, but our worship services are still remarkable moments of connection between Latter-day Saint Russians, and we cherish them.

A Note from the Stoddards who own Heart of Russia Cruises:

We are thrilled to be working with Maurine and Scot Proctor to bring our unique cruises to their friends on August 19, 2022. We’ve upgraded our ship to a 5-star river cruiser that will hold approx. 150 Americans and more than 40 Russians for a great touring special occasion. Soviet Premiere Mikhail Gorbachev is slated to join us on the ship for a special meeting for the Proctor’s friends. His confidant and translator Pavel Palazhchenko will be with us the entire cruise.

We’ll see all of the great Russian sites but in your small touring groups you’ll visit small villages and hamlets on the 1,000+ miles of cruising between Moscow and St. Petersburg. Along the way we have “getting to know you” sessions between the Americans and Russians, and your counselor/translator will make sure you have the best cruise anywhere. You’ll experience the real Heart of Russia!

We have taken more than 30,000 people on our cruises – often running two or three ships simultaneously in different river locations in Russia, Ukraine and China. We know cruising! In 2022 we are only conducting our Proctor cruise in Russia.

We have also negotiated for you special airfare credits for the first 10 friends who call Elizabeth Stoddard at 801-669-1777.

Many years ago, we were on a cruise that included a Church group and were invited to attend their Sacrament Meeting. They had not brought any trays, but the cruise line had provided dinner plates to be used for the bread, and small paper cups to hold the water. The paper cups were obtained from the coffee bar, and were imprinted with the message "Seattle's Best Coffee." So it was memorable for more than one reason.