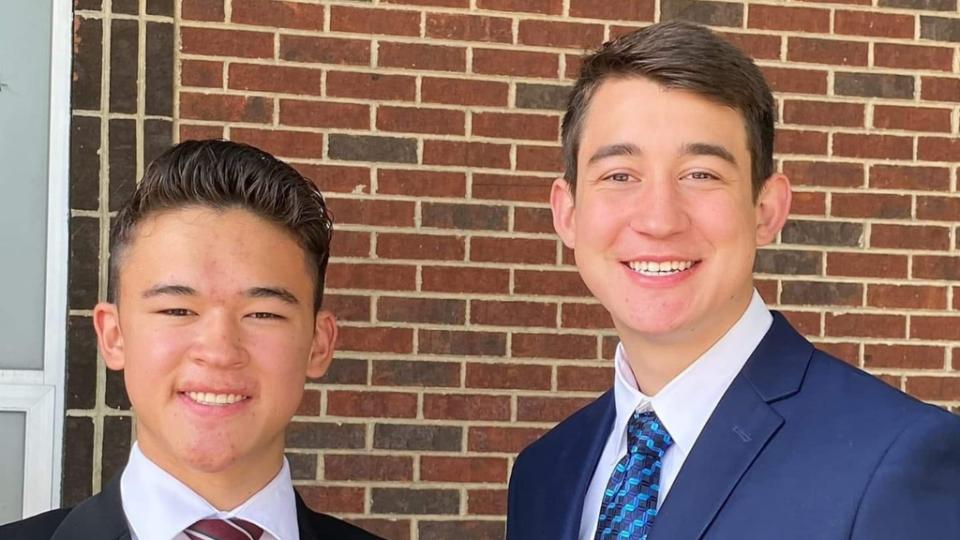 All images via Church Newsroom.

Two full-time missionaries serving for The Church of Jesus Christ of Latter-day Saints tragically passed away in a two-vehicle crash north of Dallas-Fort Worth, Texas on Tuesday, May 18, 2021. Sam Penrod, a spokesman for the Church released the following statement:

We are saddened to share news of the passing of two young missionaries of The Church of Jesus Christ of Latter-day Saints, who were killed in a head-on traffic collision on Tuesday in Denton, Texas. The missionaries were both assigned to the Texas Fort Worth Mission and are:

The cause of the accident is being investigated by local law enforcement. It occurred during a heavy rainstorm. The driver of the other vehicle is hospitalized. Both missionaries were wearing seatbelts at the time of the accident.

We express our love and deepest sympathies to the family and friends of Elder Carter and Elder Fowler and to the missionaries in the Texas Fort Worth Mission. We pray that all will be uplifted by the Savior’s love and feel comfort during this difficult and trying time.