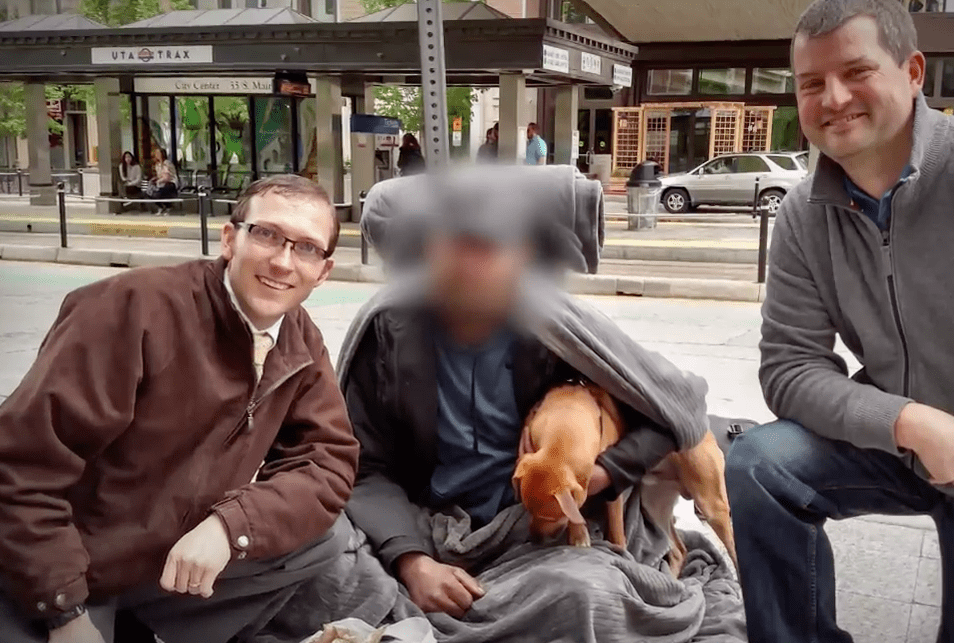 SALT LAKE CITY — Michael Hansen usually got off on the Temple Square TRAX stop when he headed to Salt Lake City. Sometimes he offered food to homeless people but never money.

But one day, his commute to work was different. When he got off on the Main Street stop, he saw a homeless man asleep on the sidewalk and he felt compelled to give him a dollar.

“When I looked up at him, my jaw hit the floor pretty much,” Hansen said. “It was my best friend from elementary school (and) all through high school.”

“I was happy he found me, but at the same time unhappy because I didn’t want him to see me like that,” the homeless man said. (KSL chose not to identify the homeless friend, but he agreed to share his side of the story.)

The friend lost everything and ended up living on the streets after he became addicted to heroin.

“I’m going to tell you honestly, my downfall came when my two friends went on their (LDS) missions,” the friend explained. “When they left, I had no friends.”

Another friend, Brian Carlsen, who also worked in downtown Salt Lake City near The Gateway said he was shocked when Hansen texted him saying he had found their best friend. Neither of the men had seen him in 14 years.