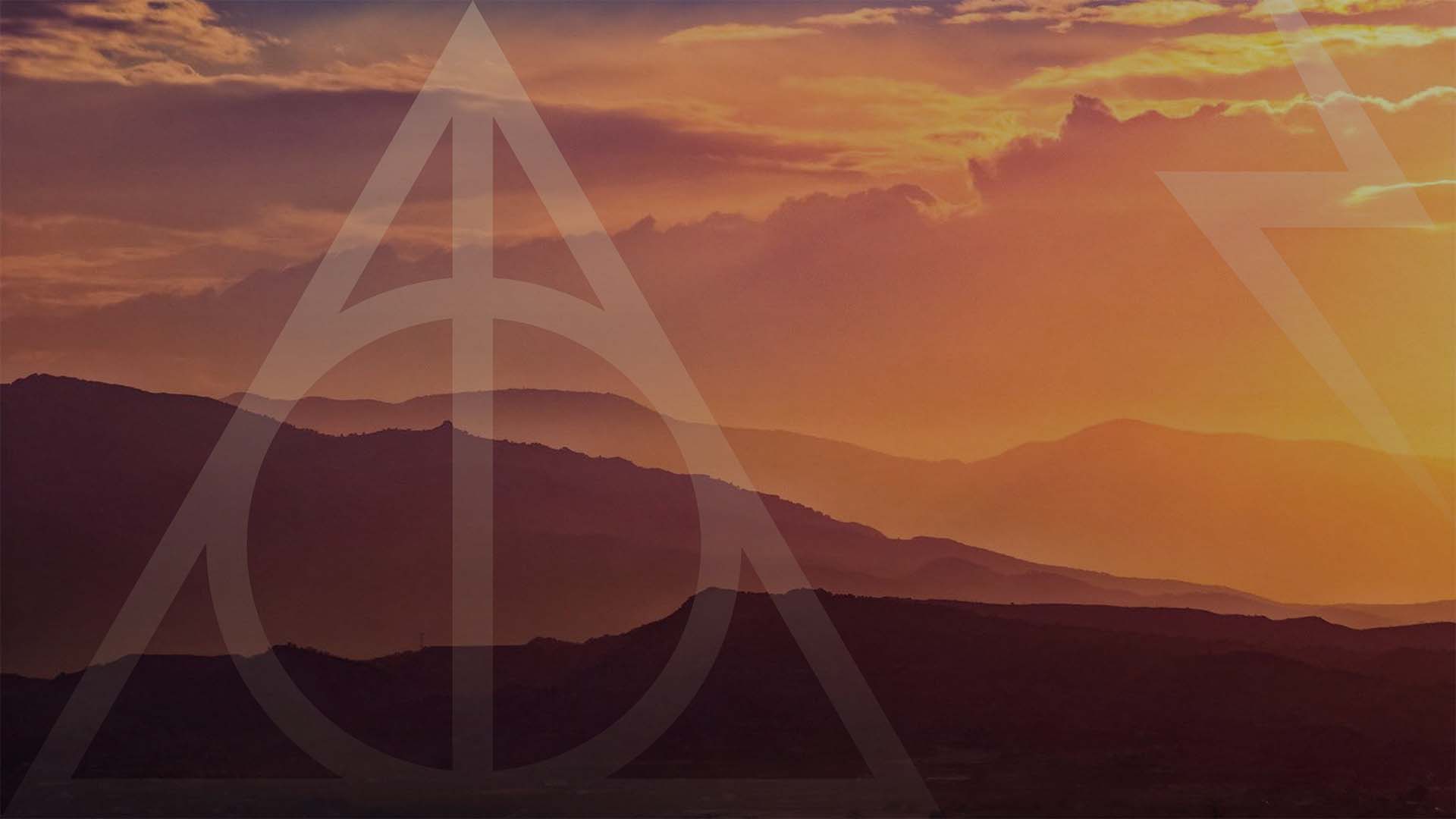 Note: This is an abridged article of an address given to the Logan Institute of Religion on October 22, 2021. Read the full article at Temple Light.

Everyone deals with tested faith at one time or another. The internet and social media have increased our exposure to information of all kinds, and sometimes the information we encounter can inspire curiosity or questions into the Latter-day Saint faith and its history. When it comes to grappling with intellectual challenges to faith in the gospel of Jesus Christ, the fictional story of Harry Potter can provide surprising insight.

In the seventh and final book in the Harry Potter series, Harry Potter and the Deathly Hallows, Harry Potter has a faith crisis over his mentor Albus Dumbledore, whom Harry has idolized until he encounters troubling information about Dumbledore’s history. I believe this story of discovery teaches at least three valuable lessons on how to deal with shaken faith:

Background to the Story of Harry Potter

Disclaimer: I regrettably admit that I am going to reveal some major spoilers in the book series.

Harry Potter is the story of a very ordinary 11-year-old orphan, who discovers that he is a wizard, with a mysterious past and an extraordinary destiny. He attends Hogwarts School of Witchcraft and Wizardry with other students and learns his craft as a wizard, while also learning lessons about bravery, friendship, loyalty, loss, and love. He learns that his parents were killed when he was a baby by the dark wizard Voldemort, and that he’s famous because Voldemort couldn’t kill Harry. Now it is Harry’s destiny to defeat this Voldemort, and because of the magic system in this fantasy world, Harry is the only one who can do it to save the wizarding world.

Albus Dumbledore is the very old headmaster of Hogwarts School of Witchcraft and Wizardry. He’s eccentric, kind, brilliant, odd, powerful, cheerful, and wise. He’s often ever-so-gently pulling on strings to teach Harry lessons and point him towards his destiny. Harry has perfect trust and faith in Dumbledore and believes that Dumbledore will see him through any challenge and trial.

However, when Harry is 16, Dumbledore dies right after giving Harry his most important and dangerous mission to defeat the dark wizard Voldemort. Harry is left to cope with the grief, confusion, and concerning rumors about Dumbledore’s possibly sinister history. Thus, Harry crosses the threshold into a crisis of faith over who Dumbledore is and what to make of his character.

In Harry’s quest to find the truth about Dumbledore, he seeks knowledge from two sources of information: Elphias Doge, a childhood friend of Dumbledore’s, and Rita Skeeter, a critical tabloid writer. Each source brings a different perspective on Dumbledore, yet neither source brought true peace nor understanding to Harry.

Elphias Doge takes a more rose-colored approach to Dumbledore. He denies the lies that Rita Skeeter was telling, he doesn’t offer an alternative explanation, and he insists that the information should not tarnish Dumbledore’s reputation. Elphias Doge articulates himself perhaps simplistically in denying everything Rita Skeeter wrote. However, Doge ended up being right that it shouldn’t tarnish our memory of Dumbledore.

Rita Skeeter takes a critical approach to Dumbledore. She doesn’t withhold any juicy information and reveals every dirty little secret she can discover about Dumbledore. Her incentive is to sell copies and to gain notoriety as a journalist. Thus, she deliberately highlights Dumbledore’s vices instead of his virtues, in order to tarnish his posthumous reputation and sell more copies. Rita Skeeter reports many facts correctly. She complicates the image of Dumbledore. However, she doesn’t get everything right and all of her writing is loaded with malicious spin and interpretation. She ended up being wrong about what the facts implied about Dumbledore’s worth and character.

What brings Harry true peace and understanding about Dumbledore, is gaining simplicity beyond complexity. The truth is that Dumbledore does indeed have some dark events in his past that he was partly responsible for. But these events were foundational in helping Dumbledore to become a more humble, penitent, and great man in the future. Harry took the complicated, but eventually came to understand it and accept it to preserve his pure faith in Dumbledore. BYU professor Steven C. Harper has taught,

The simplicity after complexity comes from knowing the facts and the alternative ways of interpreting them. It comes from intentionally choosing narratives that interpret the facts with faith, hope, and charity instead of interpretations that are unbelieving, cynical, or unkind. Simplicity is naïve faith. Other-side simplicity is informed faith. It is more mature than complexity. Other-side simplicity knows everything complexity knows and more. For our faith to grow and develop according to God’s plan, we must come to terms with complexity but not get stuck there. The plan is for us to seek our way from simplicity through complexity, by study and by faith, until we arrive at the simplicity on the other side of complexity.[1]

In our search for truth, we can grapple with complexity and arrive at the simplicity beyond complexity by going to informed sources.[2] In your journey of faith, recognize what kinds of sources your consuming, and how those sources color your interpretation of the facts.

In Harry’s struggle with Dumbledore, he also experiences personal loss and trauma. This causes him to spiral to rock bottom emotionally, and he believes that Dumbledore has failed him. Yet despite all of Harry’s disillusionment, anger, and bitterness, Harry presses onward on his mission. And I think that is what makes all the difference. As he keeps pursuing his goal, eventually he gets a small breakthrough in his mission and the pieces start coming together.

He had made his choice…he had decided to continue along the winding, dangerous path indicated for him by Albus Dumbledore, to accept that he had not been told everything that he wanted to know, but simply to trust. He had no desire to doubt again.[3]

Prophets and General Authorities have taught this principle in a number of ways such as, “Stay in the old ship Zion,” “Stay on the covenant path,” “Hold to the Rod,” and “Endure to the End.” When you’re feeling burdened with questions, uncertainties, and even doubt, this advice might sound cliché, but it really does work. Our covenants bind us to the love of God in a special way and can help us through tumultuous times of tested faith.

You might think that it is impossible to maintain faith and loyalty through such difficult times. However, that’s almost like saying it is impossible to become a high-performance athlete by performing strenuous workouts. True faith is forged in the furnace of trial, uncertainty, and even doubt. True faith is when we hold to the rod and press onward, even when things are dark, even when we can’t see the full road ahead of us.

Once you’ve left the innocence and simplicity of the Garden of Eden, and are cast out into the world of complexity, there is only one way to get to the Tree of Life, and that is through the sometimes dark, dreary, strait, and narrow path that follows along the iron rod.

Lesson 3: Know that God Loves You

As part of Harry’s epic struggle to defeat dark wizard Voldemort, Harry has a near-death experience. In this afterlife, Harry finally gets to visit with Albus Dumbledore, and Harry did indeed get the truth that he was looking for. But more importantly, Harry knew without a doubt that Dumbledore truly cared about him.

Tears were sliding down from behind the half-moon spectacles into the long silver beard, and the pride and the gratitude emanating from him filled Harry with the same balm as phoenix song.[4]

There is no greater force in the universe than the infinite love of God, and there is no limit to what we can do, when we are equipped with the indisputable knowledge that God loves us. The questions and answers of church history or policies pale when compared to a burning testimony of the love of God.

The truth doesn’t change, the questions don’t necessarily become what you want them to be. Rather, they become easier to grapple with, they come into focus, they shift perspective. Harry was obsessed with finding the truth, but once he gained a sure knowledge of Dumbledore’s love for him, the truth no longer caused him to stumble.

For I am persuaded, that neither death, nor life, nor angels, nor principalities, nor powers, nor things present, nor things to come, Nor height, nor depth, nor any other creature, shall be able to separate us from the love of God, which is in Christ Jesus our Lord. (Romans 8:38–39).

As I have encountered questions that try my faith, I have found that if I exercise patience, faith, and lots of study, the gospel of Jesus Christ always comes out looking better than it did before. I love the quest for truth. I love discovering answers to these hard questions. I love getting to the bottom of history. I love grappling with the complicated.

But I have also learned that the specific questions and their answers are not the most important thing when it comes to finding peace, joy, and faith in the gospel of Jesus Christ. Building your foundation on the love of Jesus Christ is the most important thing one can do to maintain faith in Him. When your faith is tested and you are struggling to feel His love, keep your covenants. Stay on the path. Hold to the Rod. Even when it’s dark, you feel lost, and you can’t see the path, hold to the Rod and you will eventually reach the tree of life and partake of the infinite love of God.

[2] The Church History department, Book of Mormon Central, FAIR, the Interpreter Foundation, BYU Studies, the Religious Studies Center, and Latter-day Saint Q&A are some of many groups that provide resources, articles, and videos that explore some of these difficult topics in faithful, yet informed and honest ways.

I LOVE the Harry Potter books and there are so MANY good lessons in them--love and loyalty to friends, importance of family relationships, the quest for learning and growing, personal sacrifices to bless others, and on and on. I highly recommend them.