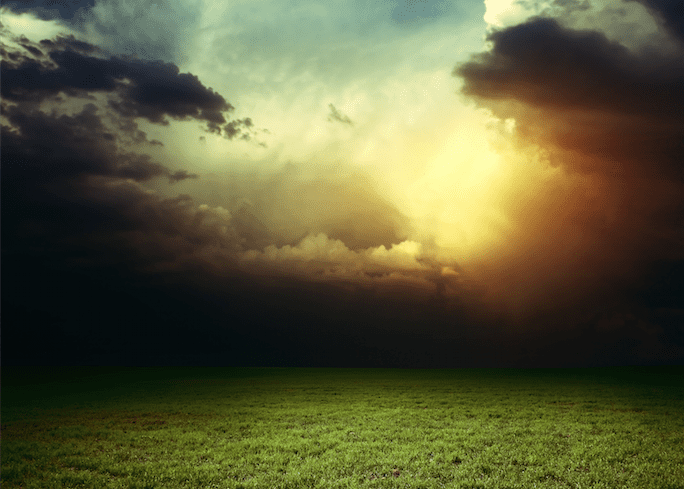 “Then Shall the Arm of the Lord Fall Upon the Nations”

I am now going to tell you the day of the Second Coming. You probably thought no one knew, but the Doctrine and Covenants is quite clear on the matter.

Behold, now it is called today until the coming of the Son of Man, and verily it is a day of sacrifice, and a day for the tithing of my people; for he that is tithed shall not be burned at his coming (D&C 64:23).

“Now it is called today” and will be until the Son of Man comes.

For after today cometh the burning‑‑this is speaking after the manner of the Lord‑‑for verily I say, tomorrow all the proud and they that do wickedly shall be as stubble; and I will burn them up, for I am the Lord of Hosts; and I will not spare any that remain in Babylon (D&C 64:24).

The Second Coming “the day of burning” comes after today. It comes tomorrow! What could be clearer? Of course, this is “speaking after the manner of the Lord.” And “One day in Kolob is equal to a thousand years according to the measurement of this earth…” (Abraham, Facsimile 2, figure 1).

Zechariah and other Old Testament prophets also spoke of a great war to be fought in and around Jerusalem. Ezekiel spoke of the attacking army as a “great company” (Ezekiel 38:4), and says they will be like “a cloud to cover the land” (Ezekiel 39:9,16). They will be “a great company, and a mighty army” (Ezekiel 38:15). John, in the book of Revelation, actually speaks of the soldiers of this army with a number which he heard. “And the number of the army of the horsemen were two hundred thousand thousand: and I heard the number of them” (Revelation 9:16). In digits, that number is 200,000,000, which is by any reckoning, a pretty large collection of troops. Zechariah describes the time of this battle with these words:

For I will gather all nations against Jerusalem to battle; and the city shall be taken, and the houses rifled, and the women ravished; and half of the city shall go forth into captivity, and the residue of the people shall not be cut off from the city (Zechariah 14:2).

But the Lord will defend his people

In that day shall the LORD defend the inhabitants of Jerusalem; and he that is feeble among them at that day shall be as David; and the house of David shall be as God, as the angel of the LORD before them. And it shall come to pass in that day, that I will seek to destroy all the nations that come against Jerusalem (Zechariah 12:8,9).

Then shall the LORD go forth, and fight against those nations, as when he fought in the day of battle (Zechariah 14:3).

The nature of this divine defense will include, according to Ezekiel, both earthquakes (a great shaking: Ezekiel 38:19), and great hailstones, with fire, rain, and brimstone (Ezekiel 38:22). We find in the book of Revelation what seems to be a more detailed description of this earthquake.

And there were voices, and thunders, and lightnings; and there was a great earthquake, such as was not since men were upon the earth, so mighty an earthquake, and so great. And the great city was divided into three parts, and the cities of the nations fell: and great Babylon came in remembrance before God, to give unto her the cup of the wine of the fierceness of his wrath (Revelation 16:18,19).

We also find a most interesting note about the hailstones.

And there fell upon men a great hail out of heaven, every stone about the weight of a talent: and men blasphemed God because of the plague of the hail; for the plague thereof was exceeding great (Revelation 16:21)

Hailstones the weight of a talent? According to the Bible Dictionary, a talent weighs 75.6 pounds. If one of those whacks us on the head, it will ruin our entire day. It will ruin a lot of days.

One of the effects of the earthquake seems to be included in the writings of Zechariah.

The Jews, who will have been sorely pressed in the siege of Jerusalem, will flee into this new valley in the Mount of Olives.

The Doctrine and Covenants tells us this:

Then shall the arm of the Lord fall upon the nations. And then shall the Lord set his foot upon this mount, and it shall cleave in twain, and the earth shall tremble, and reel to and fro, and the heavens also shall shake (D&C 45:47,48).

As the remnant of the Jews flees into the valley in the Mount of Olives, they will meet the Messiah for whom they have waited for so long ”the great military deliverer who will destroy their enemies and set them free from bondage. But as they fall before him to worship and welcome him, they will see the wounds in his hands and feet.

. . . and they shall look upon me whom they have pierced, and they shall mourn for him, as one mourneth for his only son, and shall be in bitterness for him, as one that is in bitterness for his firstborn . . . And one shall say unto him, What are these wounds in thine hands? Then he shall answer, Those with which I was wounded in the house of my friends (Zechariah 12:10; 13:6).

The account of this same event in the D&C is clearer.

And then shall the Jews look upon me and say: What are these wounds in thine hands and in thy feet? Then shall they know that I am the Lord; for I will say unto them: These wounds are the wounds with which I was wounded in the house of my friends. I am he who was lifted up. I am Jesus that was crucified. I am the Son of God. And then shall they weep because of their iniquities; then shall they lament because they persecuted their king (D&C 45:51-53).

At his coming, the wicked will be destroyed.

Ezekiel describes the destruction of the wicked and the aftermath thereof in some detail in Ezekiel 39. His report is that the destruction at the Lord’s coming will leave only a “sixth part” of the attacking army alive (Ezekiel 39:2). If John’s number of two hundred million is accurate, that means a lot of dead people and abandoned equipment will litter the “mountains of Israel” (Ezekiel 39:4). In fact, the record suggests that for seven years, Israel will not need to use any of its own resources for energy and fuel because what is left from the destroyed army.

We also learn in this chapter that burying the dead will require seven months (Ezekiel 39:12) and that everybody will be involved in the project (Ezekiel 39:13). After those months, the Jews will employ men full-time for the express purpose of burying those missed in the initial cleanup,

And they shall sever out men of continual employment, passing through the land to bury with the passengers those that remain upon the face of the earth, to cleanse it: after the end of seven months shall they search. And the passengers that pass through the land, when any seeth a man’s bone, then shall he set up a sign by it, till the buriers have buried it (Ezekiel 39:14,15).

Malachi’s description of this awful day is perhaps the most frequently quoted:

For, behold, the day cometh, that shall burn as an oven; and all the proud, yea, and all that do wickedly, shall be stubble: and the day that cometh shall burn them up, saith the LORD of hosts, that it shall leave them neither root nor branch. But unto you that fear my name shall the Sun of righteousness arise with healing in his wings; and ye shall go forth, and grow up as calves of the stall. And ye shall tread down the wicked; for they shall be ashes under the soles of your feet in the day that I shall do this, saith the LORD of hosts (Malachi 4:1-3).

Speaking of these days to his disciples, the Lord said, “be not troubled, for, when all these things shall come to pass, ye may know that the promises which have been made unto you shall be fulfilled” (D&C 45:35; JS-M 1:23).

About twenty-five years ago I snapped a photo of my three youngest sons. They were three, five, and seven years old, I think. They posed on a dirt road in the mountains, with expressions that match almost perfectly their personalities. A few years ago, the two youngest shared a sacrament meeting as one reported his mission and the other prepared to depart on his. At the house later I took the three of them into the back yard, all in white shirts and ties (the oldest had been home from his mission in California for a few years), and had them recreate the expressions and positions of that earlier photo. I then took another picture. The two prints hang together, enlarged and delightful on a prominent wall in my house. I looked at them the other day and found myself deeply moved by my love and their goodness. How can I possibly thank the Lord adequately for his blessing in having given them to me and my wife forever by means of the sealing power?

How thankful I am for the blessings of the Lord. His Second Coming will not interrupt my joy, but confirm it. The promises of the atonement and the sealing power cannot be undone by a little fire and some vapor and smoke. That Coming will indeed be dreadful for some, but for us, it will be great—a verification of divine promises.

I believe we will all want to find a way to do what Nephi suggested, and “shout praises to the Holy One of Israel” (2 Nephi 31:13).

It is my understanding that this simply means that He is here already 'today'. When He returns to-morrow, or leaves the present and moves on into the morrow, only those bound together with Him in the present will escape whatever will befall the world, the planet, the universe in a scenario where He would then be absent from the present having gone into to-morrow. Behold, no matter when it is/was said, means to 'look now'. This will be impossible one He returns to-morrow since, for those left behind, there will not be a present moment in which to behold. The barrier keeping the past and the future from annihilating one another will have been removed, and this will release a fire and energy like none could possibly imagine. I know it may sound a little weird, but that is what I see.