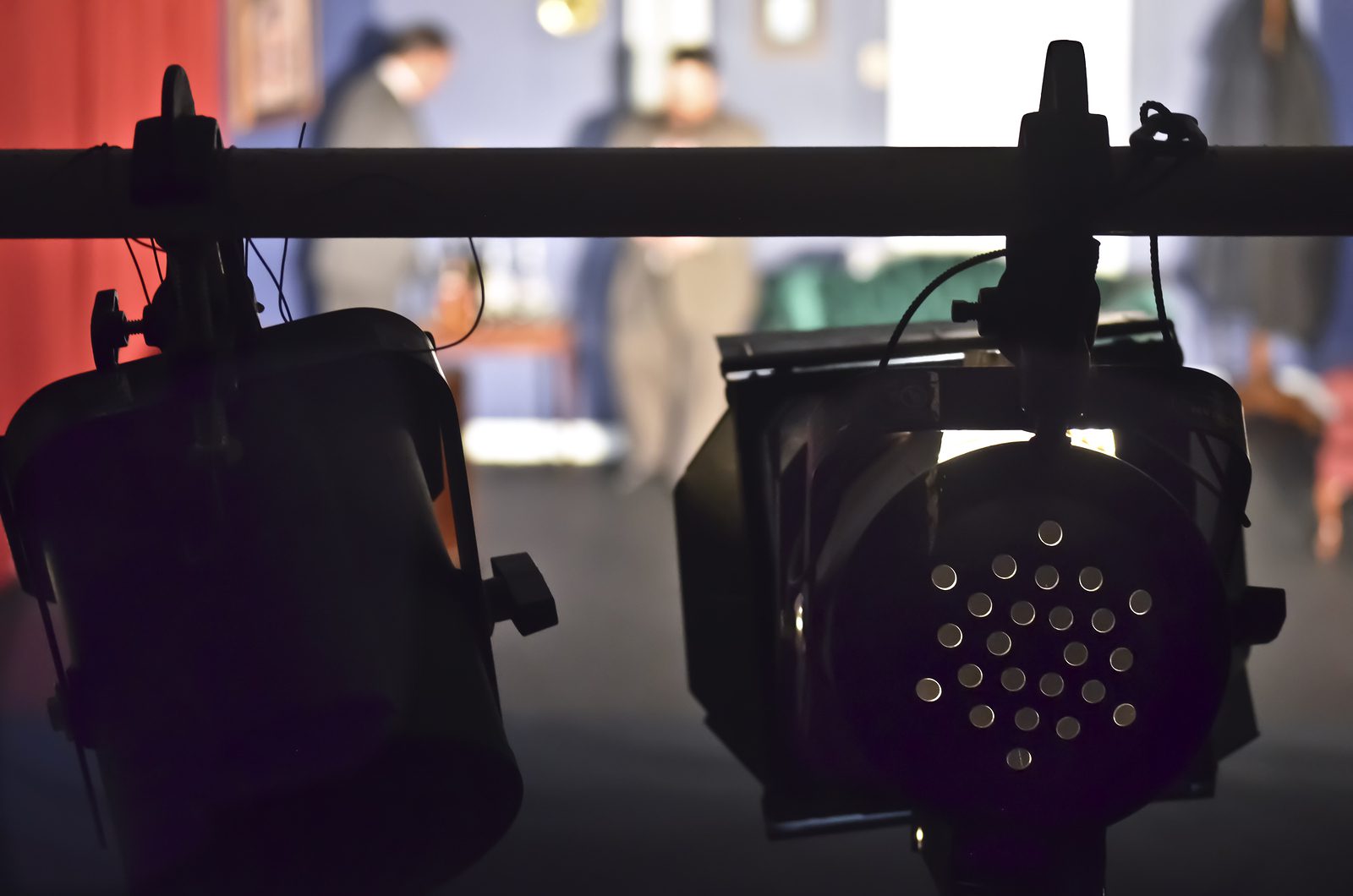 I had been helping run the lights for a theatre production in a neighboring community when my wife, Donna, saw a Facebook posting. It was a community events page in one of the sites that she often checks. She saw that there was a posting about a musical that was getting close to production and needed some more men.

Donna and I have directed plays in our small rural community in the summer and know how hard it is to get men. Many of them are farmers or are in some way connected to agriculture, and there are not enough hours in the day in the summer for the work they need to do. Once, when we were producing The Music Man, all the men we asked to play Harold Hill turned us down. They were willing to take a small part, but not the lead. I ended up playing the part, along with building the set, helping direct, and doing everything I could on the production. Because of these previous challenges when we have been the directors, Donna suggested that I help answer the post.

“But I am just finishing work on the other musical and was looking forward to some time to myself this summer,” I said.

“But just imagine if it were us directing again,” she said. “Wouldn’t you appreciate having someone come help?”

I had to admit that I would. And having been through that challenge, I finally agreed to help. “But tell the director I am not necessarily looking for time on stage and would be happy with as small of a part as possible.”

The director was happy to have me join them and immediately brought me a script. I was not able to attend a lot of practices until the other musical finished, but I worked on my lines and music. I had one song that was particularly hard that I had to sing.

When the first musical finished, and I started practices in the new one, I realized how far behind I was. I recorded the songs and my lines and listened to them all day for days while I worked. Finally, I started getting them down and could put my script away. Then the director wanted to add the dance. I couldn’t seem to dance and remember what to sing at the same time, and I messed up a lot.

The director recorded us doing the different numbers and posted them to YouTube. “Your assignment,” she said to all of us, “is to go home and watch yourselves and see what problems you have.”

The next day she asked if we had done what she requested. I was one of the few who had.

“And what did you learn?” she asked.

“I learned that I really look fat on stage,” I said.

She laughed slightly. “But didn’t you learn anything about how you’re performing the numbers?”

Well, I finally did learn the numbers and worked hard to perfect them to the best of my ability. But the main thing I gained was a lot of good friends. Unfortunately, in the other production, being in the light booth, almost no one knew me, and I made few friends. Most of the people in the production thought I was a parent of someone in the cast. The few times I tried to visit with others, they would remind me parents weren’t supposed to be backstage. When I told them I was the person running the lights, one said, “Oh, are you the one the director yells at?” I had to admit that the only time I heard my name yelled through the auditorium was when something on the lights needed to be fixed.

But as the second production came to an end, I realized that the true value of being in something like a musical production is in the good friends and good memories a person makes. Nothing else really matters or is really long-lasting.

While your experience being onstage seems to have been valuable to you, when you were running the lights you facilitated others making good friends and memories. Visible does not equate with valuable.