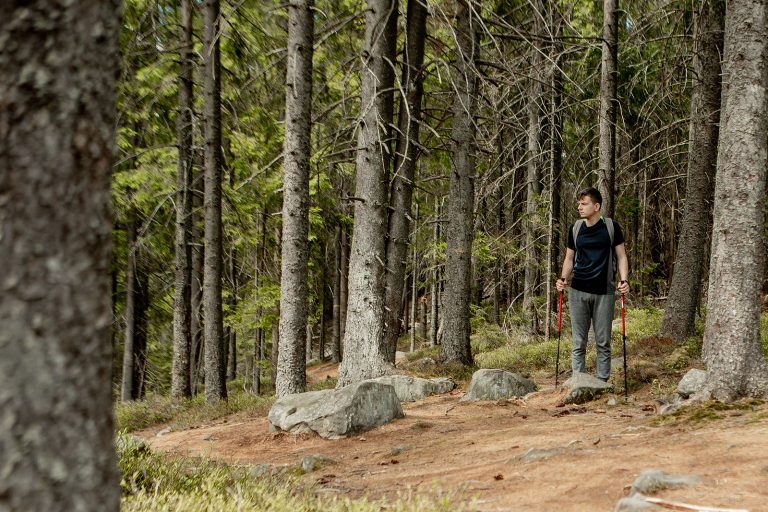 My friend, Ed, and I were visiting. Like me, he was a teacher at the university. I had just given an exam in my math class, and it had been open for five days. I had sent the students an email reminder each day, and I mentioned it in class all week. But it had no sooner closed than five students emailed and said they didn’t know they had a test to take. I was complaining about it to Ed, and he told me a story,

In his early years, while he was going to school, and for a while after becoming a professor, he had worked in the park service during the summers. He had often worked on trails. He would cut up fallen trees, build bridges, move rocks, and do other assigned tasks.

Ed usually worked alone on the trails and had become well known for his efficiency and how much he accomplished. That was why Ed was surprised when his supervisor called him into his office and told him he would have an assistant one summer. Ed expressed his disinterest in having anybody work with him.

“Oh, your assistant is not just anybody,” Ed’s supervisor said. “His name is David, and he’s the son of the park superintendent. He’s seventeen, and he has been rebellious toward his parents. His father has decided some hard summer work will be good for his son. The superintendent looked at the work record of our employees, and since you seem to get more work done than anyone, he said David is to be assigned to you.”

Ed protested. “I’m only twenty-one, far too young to train someone.”

“Look, Ed, I don’t like this any more than you do. But I have no choice, and neither do you. However, the superintendent said for you not to worry if his son complains to him about you. He will not count anything negative David says against any of us. He also said he doesn’t want you to go easy on David. He wants you to make him work hard and treat him like you would any other young man. Make him toe the line.”

Ed reluctantly agreed to the assignment, and the next day he met David. David had all the swagger of a rebellious teen. David ignored most of what Ed said. Ed considered what to do, then went in and requested an assignment deep in the woods. When he explained his reasoning, the supervisor smiled and granted his request.

The next day, Ed showed David what to pack for their trip. They would have a four-day hike into the woods, several days for their work, then have a four-day hike out. They needed to have enough food, a tent, and sleeping gear. Ed packed his own pack while casually watching David ignore the advice he was given. Ed gave David a saw and an ax to add to his pack. When David declared he was ready, Ed winced, having seen what David had and hadn’t put in. But no amount of talking made any difference, so they started on their journey.

They hiked all day, and when night came, they set up camp. They set up their tents, then they sat down to eat. David had mostly packed junk food and ate candy bars and chips. Ed heated a military-style MRE.

“It’s called an M-R-E,” Ed said. “It stands for meal ready to eat. Some people call it three lies in one.”

“It doesn’t taste that great, either,” Ed said. “But it’s packed with nutrition, it’s filling, and it isn’t too heavy to carry.”

“You won’t get me to eat one of those,” David said.

By the time they reached their destination, David was out of food. As Ed sat down to his meal, David asked if he had any extra food.

David turned away in disgust, but by the next morning, he was willing to eat anything. When he begged for some food, Ed nodded.

“But I will have to split my meal with you because we’ve got to have enough to get the work done and hike four days back out.”

Ed was still hungry when he finished his half of the meal, and he knew he would be hungry for the whole assignment. But he also knew they would both survive, and his young assistant had learned his first lesson.