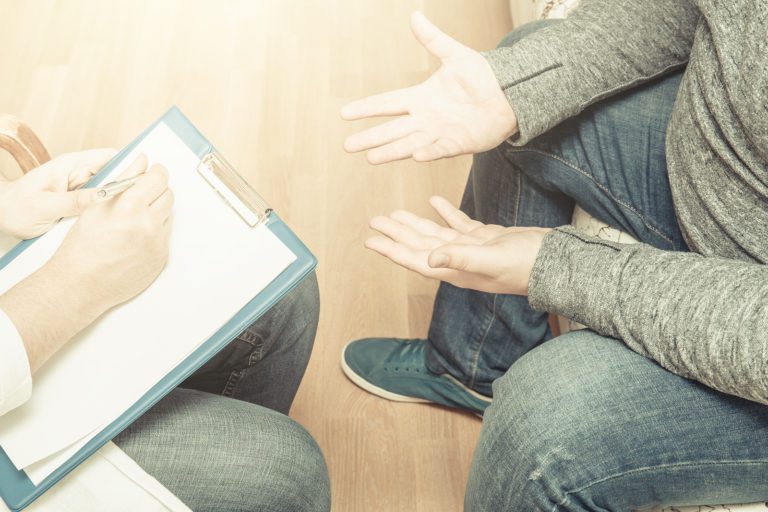 The Truth About Change Therapy

It has no teeth, but it is sending a message. In June of this year, the California Assembly passed ACR 99, a resolution that condemns so called “conversion therapy” and calls upon religious leaders and mental health providers to reject the practice as being unethical and ineffective. Doctors, counselors, activists and religious leaders responded with a letter that condemned the resolution as a violation of their First Amendment rights. While the California Assembly panders to the LGBT community, those who oppose the resolution understand something that the state legislators do not – people can and do leave their LGBT life, with and without therapy, and go on to live happy and healthy lives.

Take, for instance, Luis Ruiz and Angel Colon. On the night of June 12, 2016, Ruiz and Colon were at Pulse, a gay nightclub in Orlando, Florida, when 29-year old Omar Mateen brutally shot and killed 49 people and wounded an additional 53. It was, by all accounts, horrific. Ruiz managed to escape the club. Angel Colon was not so lucky. He suffered six bullet wounds that night and had to relearn how to walk. But the experience forced them to examine their lives. Three years after the shooting Ruiz and Colon have joined a growing number of people who are sharing their experience leaving the gay life.

That’s a claim that is highly controversial. Many activists and mental health practitioners claim that it is impossible for a homosexual to successfully leave the lifestyle. They believe that attraction to the same sex is an immutable characteristic and call all attempts to change feelings of attraction for the same sex “conversion therapy”.

What was “conversion therapy”

Until the 1970s, psychologists employed forms of behavior modification hoping to eliminate homosexual feelings from those with same-sex attraction. These were aversive conditioning techniques that involved things like the use of electric shock and nausea-inducing drugs while viewing erotic images of the same sex. Methods like this have been thoroughly discredited, as they should. Being treated like a lab rat is inhumane and contemplating that kind of treatment would make anyone bristle, so it is understandable that the LGBT community would be opposed to what was then termed conversion therapy. Since those days, society has evolved in terms of how it views homosexuality. The unchecked bullying and discrimination that homosexuals once dealt with is largely gone. That is a change for good. Yet despite growing compassion for and acceptance of homosexuality, there are still those for whom feelings of attraction for a member of the same sex is unwelcome.

LGBT activists and allies claim that those who do not welcome their same-sex attraction experience a kind of self-hatred that leads to depression, suicide and suicide ideation, and there are some who have gone through forms therapy and report feeling harmed by the treatment. For this reason, the LBGT community and many health professionals are convinced that all therapy should be to help individuals accept their sexual orientation. This approach, however, simply doesn’t address the needs or desires of every individual. All the acceptance and compassion in the world doesn’t help those for whom the feelings are unwelcome because they just want something different for their lives or because they have religious convictions that they want to live in accordance with.

Abusing those who leave

The irony is that those who do not want to live as homosexuals face the very abuse and bullying from the LGBT community that the community has worked so hard to eradicate from heterosexual society. Look at the comments on any story about people rejecting their same-sex attraction and you will see members of the LGBT community demeaning them.  One man living in a mixed-orientation marriage was told that his life was “a disgusting shameful mess… a waste of a life,” promoting a “façade” that is “despicable.”

Ruiz and Colon shared their experiences leaving the LGBT life at a Freedom March rally. They were joined by dozens of others who came “from across the country” to “show the entire world that [they] are free from homosexuality.” Another participant was Ken Williams, a former homosexual, who co-founded a ministry that helps those wanting to leave the LGBT life. There are hundreds of stories of people who have left homosexuality and they are finding the courage to speak out about their own experience.

Christian ministries that address homosexuality focus on a spiritual change of heart that redirects lives. Conservative churches especially come under fire by activists for standing by traditional teaching regarding homosexuality. Because of that, many in the LGBT community have a real animus towards doctrinally traditional churches and ministries. They feel that a biblical sexual ethic casts shame on those with same-sex attraction increasing the likelihood that they will experience anxiety, self-harm, and depression which could lead to suicide.

The state of California believes so strongly that religion is to blame for poor mental health among LGBT that  ACR 99 states that “groups in society, including therapists and religious groups” stigmatize LGBTQ, which “has caused disproportionately high rates of suicide, attempted suicide, depression, rejection, and isolation amongst LGBTQ and questioning individuals.” But is this belief accurate?

There are a number of studies which contradict the claims made by the California Assembly. The 2017 GLSEN School Environment Survey found that at religious schools there are “fewer anti-LGBTQ remarks among students than in public schools, and the least victimization and bullying of any schools.” They do this without having any LGBTQ-affirmative policies in place. Another study conducted in 2017 examined the impact of religious affiliation and service attendance on the self-reported happiness of LGBT adults.  The study found that LGBT adults that attend religiously conservative Protestant churches (those that typically condemn homosexual practices) were no less happy than those who attend mainline Protestant churches (those that accept same-sex relations).

The most unexpected finding, considering the rhetoric against conservative religions, was that those who had LGBT experiences and went to Protestant churches were happier than atheists, agnostics, or religiously unaffiliated. This makes no sense if doctrine that condemns homosexual acts causes shame and self-harm. In the author’s words: “…religious affiliation is a significant predictor of LGBT individuals’ happiness.”

Another large 2017 study was conducted by LGBTQ-affirming and change-affirming researchers and examined LGBT individuals who belong to the Church of Jesus Christ of Latter-day Saints. The researchers found that LGB church members had better mental health than their non-church member LGB counterparts. A 2019 study among Latter-day Saints found that “sexual minorities who live in relationship options that are consistent with their religious teachings can experience satisfaction that is real.” In other words, mixed orientation marriages can be happy!

By using the term “conversion therapy” activists give the impression that therapists that assist with unwelcome same-sex attraction still try to modify behavior through aversive methods. This has not been true for decades. What is used today are the same treatments used for trauma and sexual addictions – talk therapy. A 2009 task force report by the American Psychological Association said there is “no research that meets scientific standards that shows change-allowing therapy causes harm or is ineffective.”

The right to heal

Change therapy can be successful. It can also fail. That is not unique to the treatment of sexual orientation. Just as there is no definitive explanation for same-sex attraction in every person that experiences it, we don’t know why therapy is successful for some and not for others. But does the fact that it is not always successful preclude its use? In all other areas, especially those concerning sexuality, society emphasizes agency and autonomy. Should that not also be the case for those who experience unwanted same-sex attraction?

Dr. Laura Hayes, a psychologist who reviews research regarding sexual orientation and gender identity, makes the point that sexual minorities have the “right to heal”. Discussing the “psychological and social influences that some people feel led to their same-sex attraction” promotes “empathy and compassion” on our part. It also honors an individual’s right to determine the course that is best for him or her. It’s time that policymakers and the American Psychological Association allow the voices of those who have left the LGBT life to be heard.

Thank you for sharing your thoughts and perspective regarding conversion therapy. Although it's a vast improvement to remove aversive conditioning techniques from treatment protocols, it's important to remember that there is a difference between choosing to refrain from sexual relationships and purporting to be able to change sexual orientation. I'm not aware of any published research in the most reputable scientific journals supporting the idea of orientation change, which is the purpose of conversion therapy (this is the reason that the Counseling Organizations such as the APA don't support it being practiced by professional counselors). People may choose to live in a mixed orientation marriage/choose celebacy, feel some level of attraction to each sex/or have a lower sexual drive. These factors may impact the choice that he or she makes in relationship development. But this is not the same thing as a change in sexual orientation. It is a change in behavior. It is also important to consider the increased risks of suicidal ideation/anxiety/depression among unaccepted individuals, regardless of which side of this issue you may find yourself on. As the article says, our goal should be one of acceptance, a hope for healing, and understanding.

It is totally wrong to forbid people from seeking and finding the kind of therapy they want and for laws to forbid it--one of which is pending in the Utah legislature. I knew a psychologist who had a great deal of success treating gay men who seriously wanted to change their orientation--something like 90%. It can be done in significant numbers of cases if the person is truly motivated. Perhaps not easily, but serious change is never easy. Why would any honest person want to forbid someone from having a choice?