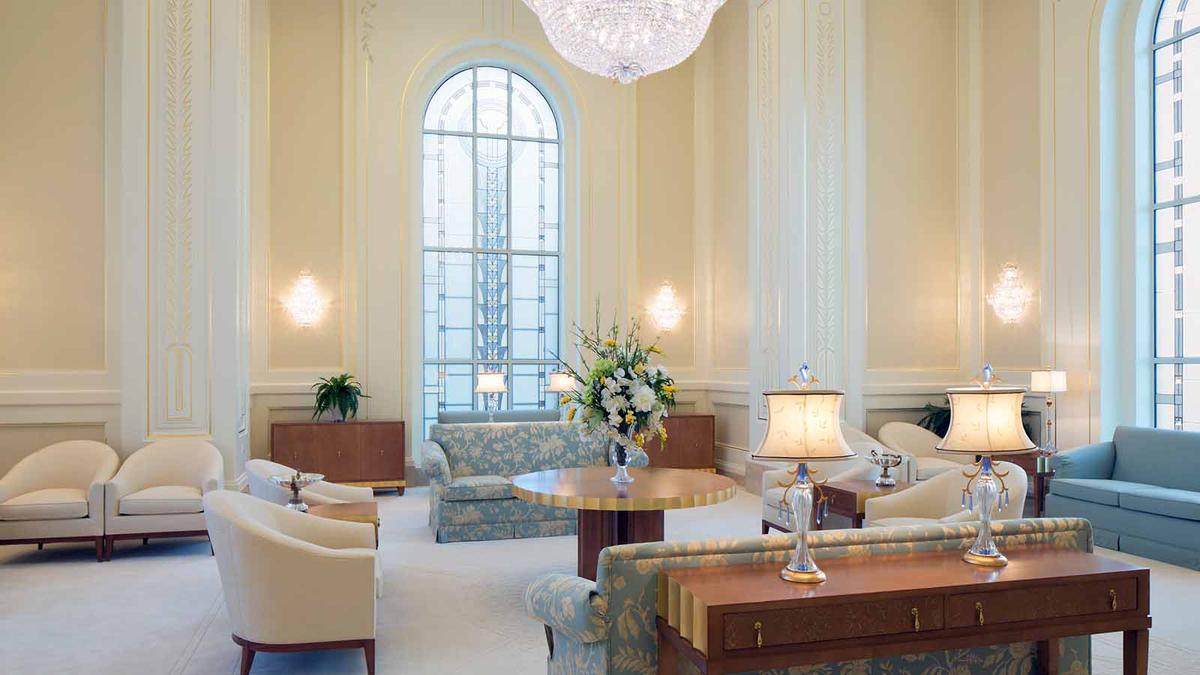 Every day throughout the world, there are gatherings of good, earnest, and sometimes influential and powerful people who meet to discuss how they might improve their communities, solve global challenges, and ease suffering.

There are think-tanks, committees, charities, and organizations, put in place to: end poverty, end racism, fight crime, nourish the poor, promote the family, deliver clean water, heal the sick, protect freedoms, end human trafficking, provide wise stewardship of the earth, battle addiction, and on, and on, and on.

All of these causes have a measure of good, and one could easily see that these efforts to bring about much righteousness are very pleasing to the Lord.

But ultimately, they are an insignificant fraction of the inheritance that could be heaped upon mankind by the restorative, reparative, revelatory, corrective, promoting, providing, inspiring, humbling, uplifting, ennobling, and exalting power of the Holy Priesthood made manifest through its ordinances.

This order, and this order alone, will bring peace and rest to a fallen world.

Almost exactly two years ago, the Church was engaged in a celebration of the revelation regarding priesthood authority and ordinances being made available to everyone, regardless of race. It had been 40 years since that revelation had first come.

Working in the temple that day, I had been asked to watch over the baptistery area. It was mid-morning, and there was suddenly an uncommon lull in patrons. I was standing near the entrance, when down the stairs came a new group consisting of a young boy and girl, a mother and father, and a grandpa and grandma.

The children and their father were directed to the clothing issue area, while the other three stood nearby. I could tell that the grandmother was feeling anxious, or perhaps just excited, but since we are encouraged to kindly reciprocate (but rarely initiate) conversations, I said nothing. Rather, I chose to reverently stand nearby with an inviting smile.

Suspicions were shortly confirmed. The grandmother walked over to me and was obviously struggling to know how she should phrase her thoughts. The first thing she said was “We have 70 names here. Can we do all of these? Today?”

Normally there are limits based on wait times in the baptistery, but since it was practically empty, and because I could feel the Spirit encouraging me, I didn’t hesitate to immediately tell her “Yes! Today, every one of these individuals can be baptized and confirmed, if that is what you’d like to do.”

She let out a relieved gasp and almost burst into tears. Her husband beamed with relief as well. But her anxiousness didn’t seem to subside, and feeling there was more to the story, I didn’t move.

“We had to get special permission to do these names” she said. “Normally the information needed has to be more complete.” Then she pushed a large stack of family ordinance cards into my hands.

I began to rifle through them, and sure enough, I could see just what she meant: almost all of them were first names only, like Bill, Davey, John, Luke, or Tom. There was a birth year for most, all in the mid 1800’s, but no month or day. Few had a recorded death date, and if they did, it was year only. Clearly these individuals were not valued and cherished in their community. The birthplace was usually just the state. In most cases, it was Virginia.

She explained to me that the source of the scanty information they did have, came from her ancestor’s property and estate records.

They were the slaves her ancestors had owned. And they were there at the temple – in the words of Moses and Aaron to Pharaoh – to. . . “Let my people go!”

And so they had dug, and researched, and tried to find all the individuals they could, so that they too could be baptized, confirmed, receive the priesthood, and be endowed from on high in God’s house, so that one day they could have glory and exaltations added upon their heads to make any earthly trial worth the cost. The love they felt for these children of God was obvious.

I watched as they vicariously performed their baptisms, and stayed right outside the doors while they confirmed each one as a member of Christ’s church, and offered them the gift of the Holy Ghost.

When they exited the confirmation room, their humble meekness and gratitude were palpable. Not for me or my fellow temple workers per se, but for the ability to have been there in the first place, and the One who made it all possible.

They thanked us for helping them, and commented on how wonderful it had been. But this final statement from the Holy Ghost left me speechless until long after they had left:

“Free at last! Free at last! Thank God Almighty! They . . . are . . . free . . . AT LAST!” The Holy Priesthood is truly the only power which can everlastingly repair our wounded communities. If a thousand years is as one day unto God, then we are at about the half-hour mark, and certainly there is silence in the heavens (forgive my novel interpretation of Revelations 8:1). But the temples will undoubtedly reopen, heavenly words will once again be heard, and the living and the dead will go there to be added upon, lifted up, and perfected. May we be ready, and may we be readying as many people from our communities as we can to join us there.

This was exactly what I needed to read today. I miss the temple so much, but realized in my scripture study this morning that one thing I can do is family history to be all the more prepared when the temples do reopen. Thank you!

This is a beautiful article, and has deeply touched my soul. Thank you so much for sharing this experience of love, care, and reparation, and for reminding me of the wondrous work to be continued on both sides of the veil, when our Temples reopen.