The Struggle Against Abortion: A “Herculean Endeavor” | Meridian Magazine 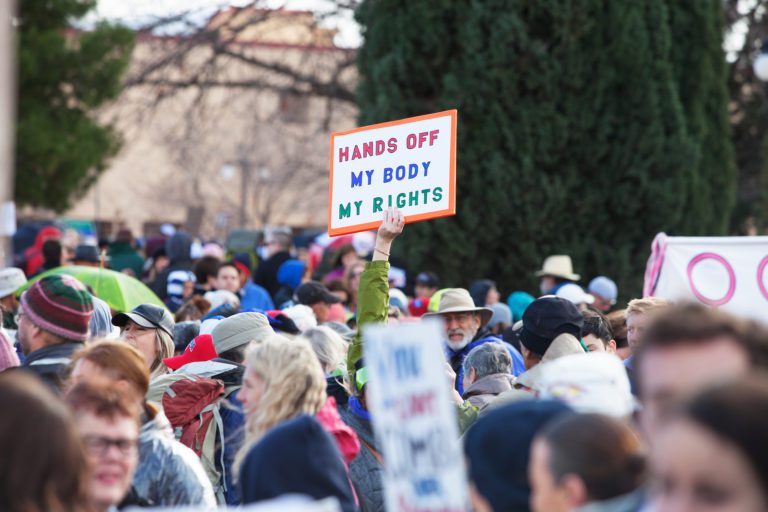 The Struggle Against Abortion: A “Herculean Endeavor”

Like me, you probably have many friends who share their opinions on social media about the important issues our families face. Even so, the current spate of articles, memes and heated discussions surrounding abortion have been unprecedented even for my Facebook newsfeed. What we are witnessing is the perfect storm of fear and hope brought on by the confirmations of Justices Gorsuch and Kavanaugh to the Supreme Court. Legislators, on both sides of the debate, are preparing for the possibility of an overturning of Roe v. Wade, while others hope to trigger the process that will lead to a reconsideration of that infamous decision.

Considering the recent passing of abortion legislation in various states, I have wondered if the seven justices that legalized abortion throughout the US in 1973 understood how controversial that decision would still be 46 years later. Did they think that broad legalization would quiet the arguments against abortion? There are some that claim that the justices did not recognize abortion as the “divisive ideological question” that it is.

The legality and criminalization of abortion in the United States, and the western world for that matter, is not so straight forward as we think. Through much of history, abortion has been a common practice. At times it was even considered a form of birth control. Science had not entered the womb, so the developing child was not generally considered a life, at least not until quickening, so drugs and herbs were commonly used as a means to “bring on menses” in women not wishing to be pregnant. In the United States, the early 19th century religious revivalism of the Second Great Awakening combined with a move among physicians who, hoping to dominate in the field of medicine over midwives and homeopaths, sought the regulation and criminalization of abortion as well as contraception.

Ironically, in the 1960s, it was doctors that were again at the forefront of a movement, this time to legalize abortion. Dr. Bernard Nathanson of New York was one of the most vocal advocates for legalization. He was the co-founder of the National Association for the Repeal of Abortion Laws (NARAL, which later became the National Abortion Rights Action League) but later became an ardent pro-life activist. When ultrasound technology began to be used on pregnant women in the 1970s, Nathanson decided to observe an abortion using a sonogram. What he saw changed the direction of his life. He went on to direct The Silent Scream, a film that contains ultrasound video of the abortion of a 12-week fetus. In the video, the fetus appears to evade the instruments used to end its life, and viewers witness the fetus open its mouth as though it is screaming in pain. It is a horrific sight, and Nathanson admitted that he was “one of those who helped usher in this barbaric age.”

Recognizing the humanity of the fetus

Nathanson practiced obstetrics, and abortion was legalized, at the same moment that science was developing the ability to see into the womb. With a limited understanding of the developing child within the uterus, it was easy to discount its humanity, calling it a glob of cells. But new technologies brought new understanding of the development of pre-born life, and medical advances changed not only the definition of viability, but the concept of care for the unborn. Today, doctors can operate on babies in utero, but despite the growing scientific evidence of life, approximately 879,000 abortions are performed every year in the US, and 56 million babies are aborted annually worldwide. Indeed, Dr. Nathanson remarked, “Abortion is now a monster so unimaginably gargantuan that even to think of stuffing it back into its cage … is ludicrous beyond words. Yet that is our charge — a herculean endeavor.”

And that is what we are trying to do – stuff a barbaric practice back into its cage. Should the Supreme Court overturn Roe, the legality of abortion would revert to the states. In light of that, liberal states have been passing abortion rights bills that will guarantee the ability of a woman to abort her child right up to birth, and more conservative states have been passing bills that further restrict abortion, setting up a conflict with Roe.

One of the complaints among abortion proponents before Roe was the uneven access to abortion across the US and their belief that it was a fundamental right guaranteed by the constitution that should be provided equally in every state. However, that uneven access was a product of the United States system of dual federalism and reflected the will of the citizens of the states in which they resided and the fact that abortion was not recognized by the constitution as a matter addressed by the federal government. In his dissent of the Roe decision, Justice William Rehnquist  remarked, “The fact that a majority of the States reflecting, after all, the majority sentiment in those States, have had restrictions on abortions for at least a century is a strong indication, it seems to me, that the asserted right to an abortion is not ‘so rooted in the traditions and conscience of our people as to be ranked as fundamental.’ (Snyder v. Massachusetts)…the very existence of the debate is evidence that the “right” to an abortion is not so universally accepted as the appellant would have us believe.”

With the nationwide legalization of abortion through Roe v. Wade, the Court weakened the balance of power between federal and state government and ran roughshod over the values and sentiments of large segments of society. Sentiments that, for the most part, have not changed significantly since the 1970s. If Roe v. Wade is overturned by the Supreme Court, each state will deal with its regulation individually. While abortion will face many more restrictions in some states, there are few in which it will be totally illegal as most states still recognize exceptions such as rape or the health of the mother.

It is far from certain that the current Supreme Court would overturn Roe. Just last week, the Court ruled on an Indiana law that imposed restrictions on the disposal of fetal remains and prohibited abortions based on the race, sex or disability of a fetus. It upheld the restrictions on disposal because they determined those restrictions did not create a burden to a woman’s ability to get an abortion, but they refused to rule on the fetal characteristics part of the law, allowing the lower court ruling against it to stand.

A struggle that won’t go away

Maybe the Court’s resistance in coming head-to-head with Roe is a reflection of the mixed feelings of Americans. In a recent Gallup poll, fewer people today described themselves as pro-choice than did in 1996, and more people called themselves pro-life than did 23 years ago. Despite that, a clear majority, 64 percent – six points higher than 30 years ago, indicated that they do not want Roe v. Wade overturned. This ambivalence on the part of those that identify as pro-life is important. It means that regardless of how the Supreme Court addresses Roe v. Wade in the future, the struggle to persuade individuals of the sanctity of life of the unborn and the need to protect children within the womb, as well as the need to create a social structure that better supports and accommodates women and childbearing in society, will continue.

Dr. Bernard Nathanson was right. This is “our charge — a herculean endeavor.”

To all who embrace the killing of unborn babies: Your arguments are clever. Satan couldn’t have worded your arguments any better.

There are living cells or "life" in the hair that I leave on the floor in the barber shop, but I don't think that such "life" should be given full human rights. If the wording changes to "potential for human life," then sperm and eggs have the potential for human life even before they are joined together -- why arbitrarily limit the protection of sperm and eggs to the moment that they link up?