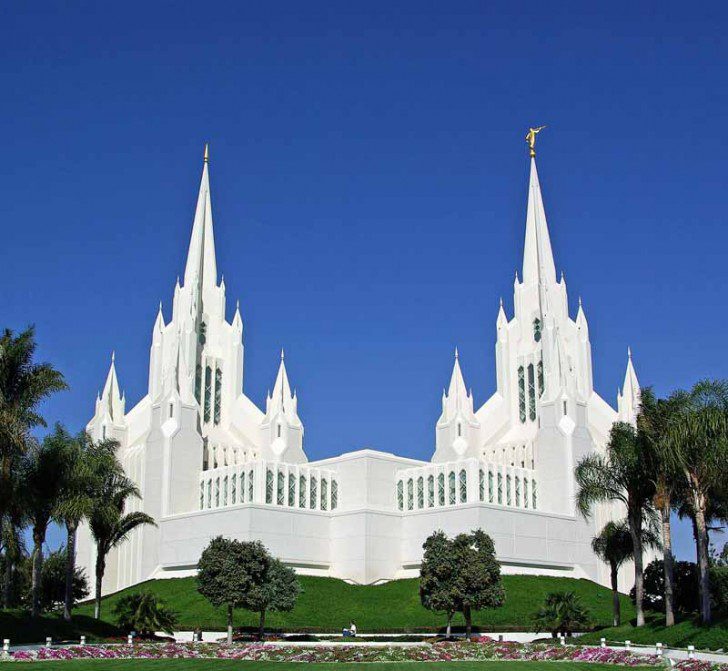 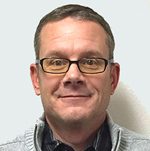 This article submitted by Ernest Lehenbauer includes excerpts from the book on the symbol: The Seal of Melchizedek: Exploring the Modern Rebirth of an Ancient Symbol co-authored by Alan Rex Mitchell. Ernest and his wife Peggy have also designed jewelry and art to capture the deep, powerful and beautiful meanings of this inspiring symbol which can be found at this website.

This 8-point star, perhaps best known as the Seal of Melchizedek, is a symbol of Christ. President Gordon B. Hinckley was sufficiently impressed with the symbol that he asked it be added to the Salt Lake City Temple.

How, you may ask, did this ancient symbol suddenly capture such modern attention? Seemingly by coincidence, if you believe in that. Our story begins with the design of the San Diego Temple by an architectural team completely unaware of any particular significance of the symbol. Then, we will take a look at the history, meanings, and mysteries of this ancient symbol uncovered by subsequent research.

Design of the San Diego Temple

When the Church of Jesus Christ of Latter-day Saints bought property in San Diego for a temple in La Jolla, the architectural team chosen for the job chaffed quite a bit at the Church’s request to copy the then-standard temple model of the Boise, Idaho Temple. The plan, they said, would not fit into the La Jolla property, either architecturally or aesthetically and they lobbied the Church for a rejection of the Boise model and the chance to start over from the ground up. After listening to their appeal, President Gordon B. Hinckley, 1st counselor in the First Presidency, nixed the earlier directive, saying words to the effect of “Not all temples need to look alike.”

With this new-found freedom, the firm went to work on a design, taking their unusual commission very seriously. William (Bill) S. Lewis, a Church member who worked for the firm, wrestled with a basic design and a motif to use as decoration. He fasted and prayed repeatedly. Finally, whether inspired by a dream or some other prompting, he woke up one morning with squares on his mind. Although the pre-eminent 20th century architect Frank Lloyd Wright had declared, “Destroy the box!” Lewis started with a box… a square… and began playing with it, modifying it, tipping it, twisting and tweaking it.

They settled on a floor plan with two boxes joined at the corners, like a blocky figure 8.

Applying flow analysis, they added more boxes at the junction to create rooms and hallways. They put boxes inside of boxes as the temple rose upward, and put square spires at the corners of boxes. They merged the squares. At the junction of the two taller boxes, or offset squares, they added smaller overlaid, offset boxes as an eight-sided atrium, and put glass around it. The more they used the symbol, the better it worked.

They kept using the squares as a motif in the detail work, taking the boxes and offsetting them by 45 degrees, using the offset squares in the glass windows, inscribing them in glass doors, and using them in flower beds. They even put the offset square in the white wrought-iron fence that surrounds the grounds. They built a model on a tabletop and tweaked it some more, and then presented it to church headquarters. The church leaders liked it.

But what of the offset square that became the motif? Was it symbolic? The media touring the temple before the dedication asked the Elder David B. Haight. “Probably just an architectural detail,” he answered. And for years after visitors to the temple, members and non-members alike, were given the same answer.

As fate would have it, Lewis’s friend Stan Smith, who was a representative during the temple project, took numerous pictures of the symbol used at the temple. He decided it just might be something more than just a detail.

He took a trip to Salt Lake City, Utah where he visited the LDS Church Historians Office. They then referred him to Hugh Nibley, emeritus professor of Ancient History at Brigham Young University. Nibley was legendary scholar of ancient history and prolific author on LDS themes.

When Stan Smith showed Nibley the symbol, he replied something to the effect of, “Oh sure, it is the seal of King Melchizedek.” Then Nibley showed Smith one of his latest books, Temple and Cosmos where, in the chapter Sacred Vestments, he had his illustrator Michael Lyon draw a reproduction of a mosaic from a sixth century chapel in Ravenna, Italy.

Above: From Hugh Nibley’s Temple and Cosmos

“Another Ravenna mosaic, c. A.D. 520, show the priest- king Melchizedek in a purple cloak, offering bread and wine at the altar (Genesis 14:18-20). The white altar cloth is decorated with two sets of gammadia, as well as the so-called “seal of Melchizedek.” The mosaic shows Abel and Abraham bringing their sacrifices to the altar—Abel with a lamb representing the Lamb of God; and Abraham with a smaller adult-proportioned son Isaac also representing the sacrifice of The Son. The High Priest Melchizedek, clearly labeled by name overhead and underneath, is seated behind the altar wearing a purple robe of royalty, with loaves of bread and a chalice of wine depicting the holy meal (communion or sacrament.)”

Nibley is not the only scholar to link the symbol with Melchizedek. Constantin Marin, in a Byzantine journal, connected Melchizedek with the star from the Ravenna mosaics altar cloth. According to Constantin “The star on the table cloth of the altar table of the representation ‘Melchizedek’s Sacrifice’ receives, in the context of Holt Test, the power of a symbol expressing the Divine Essence of Melchizedek.”

Smith reported his findings to Bill Lewis, who was compelled to take the trek to Utah and visit with Nibley himself to have it confirmed. Since Nibley typically spoke quickly and assumed everybody knew as much as he did, it may have been difficult for Lewis or Smith to follow the complete conversation and later report all the connections of the symbol. Because President Hinckley had taken such an interest in the temple design, Lewis wrote him a letter reporting the discovery.

Apparently President Hinckley, who presided over the dedication of the San Diego Temple, was sufficiently impressed. He then requested that the symbol be added to the Salt Lake City Temple. One can also find 8-point star variations all throughout the new Conference Center, the construction of which Hinckley also presided over, and the stars can be found around temple square on lamps and posts as well.

The symbol on the Salt Lake Temple.

After retiring, Bill Lewis served as a sealer in the San Diego Temple he designed. He has given over a hundred firesides about his experience as a temple architect. However popular the symbol may be in local San Diego LDS culture, it remained unknown to the church at large.

The Gathering of Interest and Information about the Symbol

I personally attended one of the firesides by Bill Lewis. As I heard of the way the 8-point star found its way into the design in such a remarkable temple, I was enthralled. I was even more intrigued when I heard the name as presented by Hugh Nibley. Melchizedek is not a name lightly given or used! Indeed I was certain that this story and the fame of the symbol would spread like wildfire through LDS culture, and left off pondering for the time.

Not long after that 9/11 happened and I began contracting for the Department of the Defense to help out in the Middle East conflicts in places such as Iraq and Afghanistan. I began to notice the 8-point star motifs associated with those cultures. Furthermore, traveling through Europe the symbol appeared and I began to suspect the seal of Melchizedek was perhaps a universal symbol, found in the higher forms of worship and also forward and backward through time and civilizations. Suddenly I recalled that fireside a few years earlier and my study of the symbol began in earnest, as it were.

I blogged about seeing the symbol in Iraq and other bloggers also had taken up the discussion, debate, and research. LDS blogger Bryce Haymond at Templestudy.com had also heard stories from San Diego about the symbol in 2008, and contacted Bill Lewis who related his story. Haymond noted that since the dedication of the San Diego Temple, the seal of Melchizedek symbol has been used for the chandelier of the Newport Beach, California Temple, and the new glass doors to the entrance of Salt Lake Temple with a beehive in the center, as noted earlier.

Tim Barker of LDSStudies.blogspot.com also did some excellent research and posted it on his blog. Alonso Gaskill, associate professor of Church History and Doctrine at Brigham Young University added his expertise and observations in a BYU published brief. In 2011 I finally set up a website devoted solely to the research and information I garnered from these resources and others. It can be found at SealofMelchizedek.com

Now you may understand why we would decide to help share this inspiring symbolism through a website, a book (available at ), and jewelry with this and other familiar symbols of the gospel. If nothing else, we hope to entice a deeper look into the symbolism of God found in the scriptures, the purpose of which is to help us return to Him.

Ernest Lehenbauer: Entrepreneur, Photo-journalist, and Author of The Seal of Melchizedek

Ernest has 3 certificates of graduation from the Utah State University Institute of Religion, as well as a Bachelor of Arts in Political Science from USU. While in school Ernest started several businesses, including one of the original Mobile Mechanic services in Utah.

I was just at the open house for the Indianapolis Indiana Temple and also observe the Seal or Star of Melchizedek at many locations throughout the new temple.