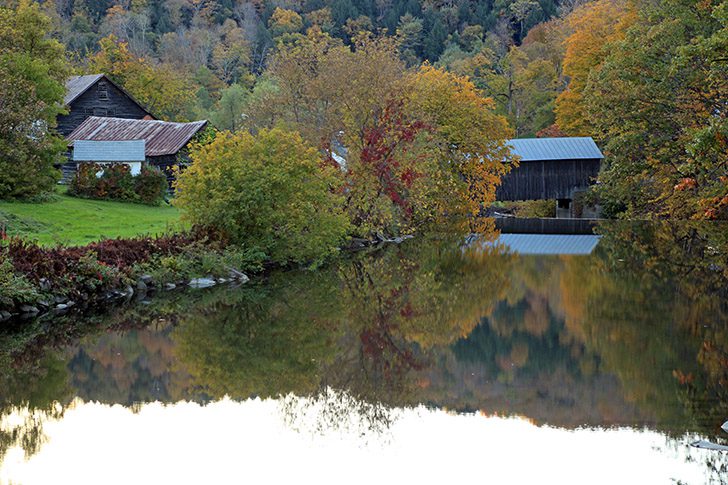 To celebrate the study of the Doctrine & Covenants this year, Meridian will serialize The Revised and Enhanced History of Joseph Smith by His Mother. To see the previous installment, click here.

An introduction to the early life of Lucy Mack, her visits to Tunbridge, Vermont, and subsequent marriage to Joseph Smith.

Now, my dear readers, I shall introduce myself to your attention. I was born in Gilsum,[1] Cheshire County, State of New Hampshire, July 8, 1776.[2]

When I arrived at the age of eight years, my mother had a severe fit of sickness. She was so low that she, as well as her friends, entirely despaired of her recovery. During this sickness, she called her children around her bed, and, after exhorting them always to remember the instructions which she had given them-to fear God and walk uprightly before him-she gave me to my brother Stephen, requesting him to take care of me and bring me up as his own child, then bade each of us farewell.

This my brother promised to do; but, as my mother shortly recovered, it was not necessary, and I consequently remained at my father’s house until my sister Lovisa was married.[3] Some time after this event I went to South Hadley where Lovisa lived to pay her a visit.

I returned home to my parents in about six months, and remained with them in Gilsum until the death of Lovina.[4] Shortly after this, my brother Stephen Mack came from Tunbridge on a visit. He persuaded my parents to let him take me to Tunbridge in order to divert my mind from the death of my sister, as the grief of it was preying upon my health and was likely to be a serious injury to me.[5]

For months after this I did not feel as though life was worth seeking after, and in my reflections I determined to obtain that which was spoken of so frequently from the pulpit, namely a change of heart.

In order to accomplish this, I perused the Bible and prayed incessantly; but one thought interposed itself into all my meditations: If I remain out of any church, all religious people will say I am of the world. If I join any one church, the rest will all declare that I am in the wrong. No church will say I am right unless I unite with them, and this makes them witnesses against each other. How shall I decide, inasmuch as the Church of Christ in former days was not like any of them?

Handrail of store where Joseph Smith and Lucy Mack met and courted.

While I was in Tunbridge, my brother frequently spoke to me of one Mr. Asael Smith, an intimate acquaintance of his whose family I afterwards came to know.[6] Their names were Jesse, Joseph, Asael, John, Samuel, Silas, Stephen, Priscilla, Mary, Susan, and Sarah-a worthy, respectable, amiable, and intelligent family. It was the second son of this family to whom I was afterwards married.

I remained with my brother one year, then went home to visit my parents in Gilsum and my uncles and aunts in Marlow. After a short time, my brother came, and upon his urgent request I went again to Tunbridge, and was with him until the ensuing January when I was married.[7]

[1] At the time of Lucy’s birth, Gilsum claimed 178 inhabitants, mostly made up of from twenty to thirty young to middle-aged families (see Bushman, Beginnings, p. 14).

[2] Although Lucy gives 1776 as the year of her birth, the Gilsum, New Hampshire, town record cites her birth as July 8, 1775. This latter, and presumably more accurate, date will be used throughout the book to mark the age of Mother Smith. (See Anderson, Heritage, p. 182.) In the Preliminary Manuscript, Mother Smith gives a list of friends from her youth who she knows would be familiar with her history. They include “the children of one Mr. Harmon; John Toriah; Martha (called Fatty by her mates); also the daughters of Colonel Ebenezer Bill (whose brother married my sister Lydia)”; further, “the family of Captain Gunn [of Montague]: Thankful, Eunice, Abel, Martin; also the Harveys’ children. I mention these as I shall also others as I pass along in hopes that this may reach their ears and by this means I shall be able to make myself known to them.”

[3] According to Vital Records of Montague, Massachusetts, Lovisa Mack was married to Joseph Tuttle on January 31, 1780. Note that Lucy would have been four and a half years old when Lovisa was married. (See Anderson, Heritage, p. 75.)

[5] Lucy’s first visit to Tunbridge, Orange County, Vermont, a journey of about ninety miles, was sometime in 1794 and into 1795.

[6] Lucy’s brother Stephen was nine years older than she, and certainly took the “parental role” he had once been given by his mother for Lucy.

[7] Lucy returned to Tunbridge sometime in 1795 and was married to Joseph Smith on January 24, 1796. Joseph Smith was born July 12, 1771, at Topsfield, Essex County, Massachusetts. Lucy was twenty and Joseph was twenty-four, and their marriage would last until Joseph’s death, September 14, 1840, a total of over forty-four and a half years.