The Remarkable Push and Urging of the Spirit | Meridian Magazine 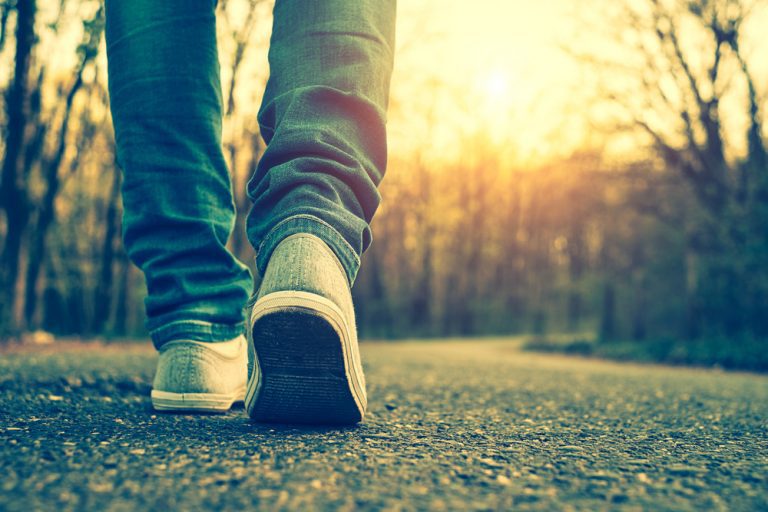 Most often when we feel the Spirit, we feel a warm blanket engulfing us with peace, but there are also times when the Spirit suddenly presses down on us to do something astonishing.  When obeyed, these promptings can change history and even save lives…

“Break Up with Him Now!”

Many years ago, while at college, I was dating a young man and we were very serious. He was in Law School and was everything that I thought I wanted.  One night, out of the blue, I suddenly felt a powerful “push” that I had to break up with him, and to do it THAT night! It was one of the strongest promptings I have ever felt.  It was so strong that I couldn’t reason it away.  I prayed and begged but couldn’t deny the feeling.  Heartbroken, I went to where he was and broke it off. It was SO hard for me to do, and hard for him, but he respected my prompting.

Immediately after I left him, the sadness turned into such elation and joy from the spirit, knowing it was right.  I was sustained!  Two weeks later he met the girl he was supposed to marry.  If I hadn’t broken it off when I did, he wouldn’t have been in an emotional place to meet that girl.

When we feel the “push” of the Spirit, we need to obey, because it is always for our own good, and often others’ as well.

Ronald Frye shared an amazing story where he felt strong urgings from the Spirit.  He writes,

“Many years ago, during a visit to my daughter, 200 miles from my home, we decided to do some swimming in the Kings River at Riverland Park, CA.  Near the end of the day, as the sun hung low in the sky, we knew it would soon be dark and time to go. Leaving the water and arriving back at the car, to our horror we discovered that the keys to our locked car, which I kept in a ‘secure’, inside pocket of my bathing suit, were missing! Without those keys we would be stranded, and this before the days of smart phones and cell phones! What do you do? For us the answer was obvious. We retired to a quiet spot away from the parking lot and crowd where we could kneel down to have a prayer, and ask our Heavenly Father for help, agreeing to share with each other any impressions we might have as to an answer. After the prayer, the Spirit immediately whispered,

“Go back INTO the water where you last came out!”

“We now knew we should concentrate our efforts IN the water, not along the shoreline. We entered the river where we last came out, but what we saw was disheartening. Because of all the people playing in the water, and motorboats speeding up and down the river, it was full of silt and impossible to see the bottom, even in just inches of water!

“This time the Spirit spoke to my daughter that we should hold hands and slowly make our way back out into deeper water, constantly sweeping the bottom with our bare feet. If we couldn’t see the lost keys, perhaps we could feel for them with our bare feet. “About 20 – 30 feet out into the water, now waist deep, the most incredible feeling of despair and hopelessness overtook me, causing me to stop dead in my tracks. As I turned to my daughter, tears welling up in my eyes, about to confess to her that what we were doing was hopeless, before I could get the words out, in one of the most clear, unmistakable promptings I’ve ever received, the Spirit commanded, “Sit down!” which I did… directly on top of the keys!

“How wonderful it was that my daughter was there to witness this manifestation of the Holy Ghost in action. These were precious moments, never to be forgotten.”[i]

When we follow the nudgings of the spirit we gain blessings of guidance and inspiration from the Lord in marvelous ways. He will begin to use us to help bless others as well as ourselves.

The Nudge to Save Lives

Kurt A. Lippmann wrote about such a nudging…

“One night, about 6 years ago, I was driving home from a late-night class at the University of Utah. I was tired and ready to sleep. Halfway home and aching for bed, I felt a prompting from the Holy Ghost to turn down a specific street. I did so. About four more times, I was again given promptings to turn left or right as I went. I did not even know where I was going, but I knew that it was critical to follow these promptings.

“Several minutes later, I found a car wrapped around a telephone pole. It was a severe accident, and the 20’s age occupants were not able to call for help. I set about immediately rendering aid to these people, by calling an ambulance and deploying a large backpack filled with EMT supplies, (which I had also been prompted by a higher power to put in my car a few weeks earlier).[ii]

What would have happened if Kurt hadn’t obeyed the “push” of the spirit?

“We live in an idyllic, small, half-timbered house with a thatched roof, in the center of a cozy little village, close to the village pond. Due to our gloriously bright and long summer nights, I had not been in a hurry to replace a burned-out light bulb in our utility room. Suddenly, I got a strong feeling that I had to replace it immediately! At the same time, I heard my wife, Mariann, call for me and the children to wash our hands because dinner was ready!

“I had been married long enough to know that this was not the time to start doing anything else than washing my hands, but I heard myself calling out to Mariann that I would just pop over to the store to buy a new light bulb. I felt a strong urge to leave immediately.

“The grocery store was only on the other side of the pond. We usually walked, but today I grabbed my bike. While riding past the pond, out of the corner of my eye I noticed a small boy, about two years old, walking alone near the edge of the pond, very close to the water—suddenly he fell in! One minute he was there—and the next he was gone!

“No one had seen this happen but me. I threw my bike on the ground, ran, and jumped into the waist-high pond. The surface of the water immediately closed with duckweed, making it impossible to see through the water. Then I sensed a movement to one side. I put my arm in the water, got hold of a T-shirt, and pulled the little boy up. He started gasping, coughing, and crying. Soon afterward the boy was reunited with his parents.”

Elder Stevenson concludes by saying, “As Brother Jens prays each morning for help to recognize promptings from the Holy Ghost, even something as unusual as to immediately change a light bulb, he also prays that he can be used as a tool to bless God’s children.”[iii]

What would have happened if Brother Jens hadn’t obeyed the “push” of the Spirit?  When we respond to the urgings of the Holy Ghost, we bless lives…

Jim Raines writes about a “push” he felt from the Spirit:

“In 1970 I lived in a small town called Mojave California, about 100 miles from Los Angeles.  I was waiting for my mission call and needed two suits, so one morning I got in my car to go down and buy them. I was about halfway to Los Angeles I was in traffic waiting at a traffic light and up ahead I noticed a lady climb out of a big truck and start walking along the shoulder of the road, she passed between the cars across the busy boulevard into a corner service station. I thought I knew that lady from our Stake; Sister Wilbur. For some reason it did not occur to me to turn in and find out if there was anything wrong. So, I continued driving up the road for about 2 miles and then I got the strong impression that I really need to go back and see how she’s doing.

“I turned around and went back down to the service station and drove behind where she was in a telephone booth with her head down and the phone was in her hand. I knocked on the door of the booth and she saw me and was just ecstatic. She came out and told me that she broke down on the freeway and that she was picked up by a truck driver. He told her that he could only take her so far and had to let her out of the truck. She told me, ‘I’ve called everyone I know and no one was home or they could not come and get me so all I can do is pray.’

“As it turns out she was going to the same area I was going, and I got her home safely.”

What a blessing to her that Jim followed that prompting?

Following the Spirit has been a particular focus of President Nelson over the last few years. He said,

“I renew my plea for you to do whatever it takes to increase your spiritual capacity to receive personal revelation,” …[and] refine your ability to recognize the whisperings of the Holy Ghost.” …It has never been more imperative to know how the Spirit speaks to you than right now.”[iv]

Allow the Urgings to Move Us to Action

Part of the Doctrine of Christ is that the Holy Ghost will illuminate our minds communicating what we should do,[v] and sometimes that means we feel a weight added to the prompting.  With a push of urgency, the Spirit can let us know when we should break off a relationship, find keys, offer a crucial ride or even save a life.

Feel Free to CONTACT me with your thoughts at [email protected]

Beautiful examples of following the promptings of the spirit. My biggest regrets in life have come from not following those promptings. I am so grateful that God is willing and wanting to help us if we will just listen and obey.