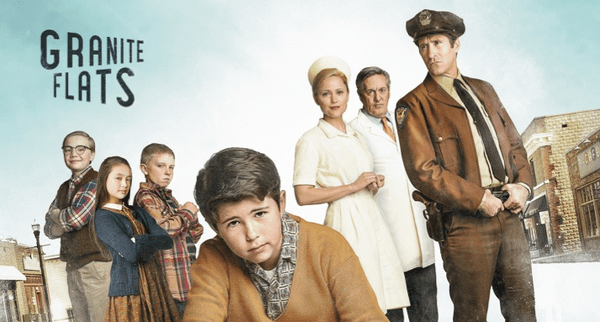 The New York Times published an article on Friday, October 31 written by Samuel G. Freedman, that talks about BYUtv and it’s first original scripted television series, “Granite Flats.” Below is an excerpt from Freedman’s article:

SALT LAKE CITY — Four years ago, Scott Swofford fielded a question from a colleague that was addressed to him as both a filmmaker and a Mormon. What would it take to make a Mormon television network watchable? Mr. Swofford flippantly answered, “About $350 million.”

In fact, such a network did exist already. Owned and operated by Brigham Young University, the flagship institution of Mormon higher education, BYUtvwas available to about 50 million households through cable and satellite-dish systems. The network’s top-rated show, however, was something called “Love of Quilting,” and it typically drew fewer than 10,000 viewers.

On an October afternoon four years later, Mr. Swofford, 58, sat in the producer’s chair of a former high school here that had been converted to a film studio. Its eight sets contained a virtual time capsule of 1963 America: Royal typewriter, portrait of John F. Kennedy, copies of The Saturday Evening Post. Cast members strolled past in the appropriately thin lapels and knee-length hemlines.

Mr. Swofford was overseeing an episode of “Granite Flats,” the television series that has, emphatically, made a Mormon television network watchable. As it prepares for a third season, this mixture of family drama, police procedural and Cold War suspense yarn has earned widespread critical praise and an audience of about 500,000 households per episode.

All I know is that 10 years ago, a home-bound person could tune into BYU TV 24 hours a day and catch a devotional, a conference address, BYU Education Week, scripture discussions, etc. It was the only place on TV where the message of the Restored Gospel was being proclaimed. Then all of a sudden, that all went away (except for Sundays). BYU TV suddenly became the "World Consciousness Network", and the message of the Restoration went out the window. Now their programming is not much different from any other PBS channel or world documentary network. They had a beautiful thing going there for a while. It was completely destroyed.