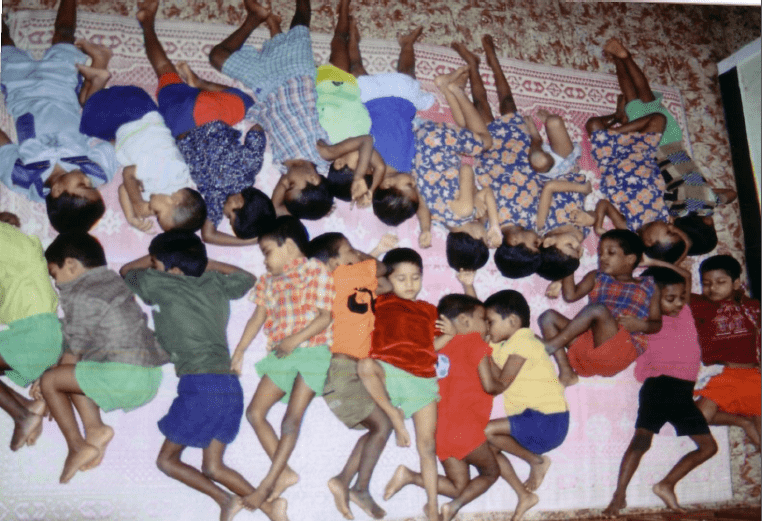 The Magical Gift of Education

To learn how you can help Rising Star Outreach with their efforts with leprosy in India, click here.

The parade of children to the pre-school was disheartening. At Rising Star Outreach we had just opened our first school. We’d dreamed for years of creating our own school where the students from leprosy colonies could be treated with the same dignity as normal children. Now here in a tiny rented house in Chennai, India, the first pre-school was becoming a reality.

We knew it would have to be a boarding school for the simple fact that the children would be coming from leprosy colonies, many of which were hours away from Chennai. What we didn’t anticipate was the power of the grapevine amongst leprosy beggars. The word traveled quickly that there was a school opening that would actually accept children from leprosy colonies! The news spread like wildfire from city to city.

We had put a large mat from wall to wall of the one tiny bedroom in the rented house. We figured that if the small children slept shoulder to shoulder we could possibly fit 27 on that mat. Only 27. But now just a few days after opening I was stunned as children began arriving from cities all over India—from Coimbatore, Bangalore, Mumbai and unbelievably, even New Delhi, which was essentially across the country.

Two timid girls dressed in Sunday clothes with flowers in their hair, each holding one hand of their mother, came forward shyly. I groaned inwardly because I knew that the waiting list was already in the hundreds. What could I possibly tell this eager little family who had traveled for many, many hours from Bangalore and bought new clothes for the girls, hoping to be accepted? When I explained the situation all three burst into tears. The mother, embarrassed, tried to hide her own tears as she hugged her children, trying to comfort them as well. I couldn’t look on this tender scene without becoming misty-eyed myself. We fed the family some biryani and with heavy hearts sent them back where they had come from.

This scene was repeated over and over again, with family after family.

For six years this situation continued to plague us. We knew that every year the children waited for a spot at Rising Star Outreach to open up they would become further and further behind in school. There had to be a solution. But we were such a small charity, with such limited funds there seemed to be no solution in sight. We could barely fund the pre-school—the thought of making a larger school seemed impossible.

We did finally open a second pre-school with 20 more spots, but it hardly made a dent in our list, which seemed to be growing constantly. As the list grew, it seemed as if we were nothing but a drop in the bucket, in a sea of need.

Then one day, our partner, Padma, called to offer a solution. She also had spent sleepless nights wondering how we could solve this problem. When I arrived at her home, she was exuberant and so excited her words tumbled out in a rush.

She started by enumerating the obvious challenges: 1) there were more students than we could ever hope to accommodate, 2) there was free public schooling offered in India but the parents needed to buy books and uniforms, and pay for book bags and school fees, a sum at that time of 3,000 rupees (about $48). 3) No leprosy patient had that kind of cash. 4) Rising Star couldn’t possibly pay the school fees of all the children on our waiting list every year. We couldn’t even make that many loans. 5) The money-lenders would charge such exorbitant rates, the parents could never pay the money back, 6) even if the parents had a loan to cover all expenses, they would still likely take the children out of school often to go begging, ruining any chance their children would have to stay abreast of their studies.

In the past, these challenges had seemed overwhelming. But now Padma had an idea. If we required the parents to pay the first 600 rupees (about $12) they would feel invested and so would be less likely to withdraw their children to go begging. If we gave them a loan for the remaining 2,400 rupees, we could collect 200 rupees (about $4) a month from each parent when we went to each colony for our regular services at the colony. By the end of the year they would have paid off their loan. Then they could borrow the same money again to put their children in the next grade. By doing this year after year, the parents could educate one child through ten years of school with a single loan of under $50! Seemingly impossible, that would be like a miracle!

Was such a thing possible? We started the next year with a few dozen students. The parents loved the idea. The students were incredibly grateful to be “students” instead of beggars. At the end of the year we had 100% repayment of the loans! Now that was another miracle!

Armed with this success, we were ready to roll it out on a bigger scale. Calling this program the Perpetual Colony Grant Program, we included more than 200 children. Again, we got total repayment of the loans!

These small one-time loans are life-changing for families! They have made all the difference in the world to beautiful little six year-old Jeyashri from the Thiruthani leprosy colony.  Like many from her colony her parents are both illiterate.  Her father works as an unskilled laborer taking any job he can find.  Money is very scarce in their family.  And yet, Jeyashri is attending school and is in second grade!  Such a thing would have been unthought of just a couple of years ago.

This will be the third year that Jeyashri’s family has taken a Perpetual Colony Grant Loan.  Her mother saves carefully and pays the full amount due each month.  Both parents are committed to giving little Jeyashri a chance to have a life very different from their own.  In fact it is their greatest dream! There are hundreds of these stories of hope!

Now we’re ready to expand this program to the States of Kerala and Karnataka. The demand is huge! Families in these states have been begging us to start the program there. There are so many children destined to live their lives as beggars, who can be given a shot at a whole new future.

Prices have risen in the last few years, as the value of the rupee has dropped. Now it costs about $85 to put a child through ten years of school and give them a real chance at life—all made possible by a one-time gift. The beauty of the program is that the parents are invested. They are working very hard to pay off the loan each year. Many of the children also do odd jobs so they can help their parents make the payments.

But it all starts with one magical gift. It’s hard to think of any other gift in this world that can bring so much joy!

To find out how you can help Rising Star Outreach in their efforts, click here.